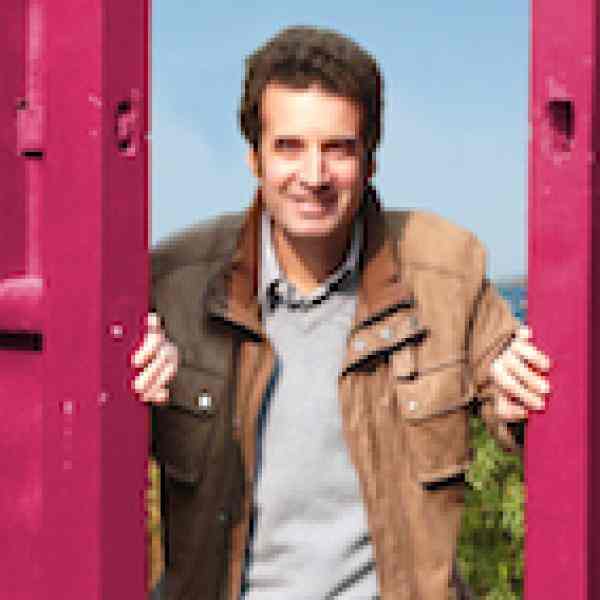 In growing slums around the world, access to clean water is a constant challenge. Through his organization Eau &amp; Vie, Philippe de Roux uses access to clean water as an entry point to change negative perceptions around slums, and to eventually turn them into vibrant communities. He demonstrates to public authorities and large water operators that an investment in water, sanitation and hygiene infrastructure can provide both a long-term solution to slum sprawl and create viable economic returns.

Without a connection to a continuous, clean water supply, communities living in slum areas have a higher risk of contracting water-borne diseases and face many challenges related to sanitation, waste management and safety. Philippe is changing regulations and norms around bringing clean water to slums. Rather than create an alternative water collection, treatment and distribution system in slum communities, Philippe has designed a market-based mechanism to connect some of the world’s poorest, heavily-populated urban communities to mainstream water supplies. In doing so, he is improving health and access to water and lowering costs for communities, while opening up an entirely new consumer base for large water suppliers.

Philippe has received decade-long concessions from mainstream water authorities to develop his highly efficient water distribution system in slum communities. Through a hybrid financing (backed by some initial investment), he buys water in bulk from local water operators and then connects the mainstream piping infrastructure directly to slum households. A sophisticated meter system allows Philippe to track water consumption and manage a micro payment collection system house to house. His model has reduced water loss in slum communities from 80% to 10%, contributing to a win-win solution for all the stakeholders involved – the water operators, local authorities and slum communities.

Philippe has put a great deal of thought into how to redesign the traditional water management and payment collection process so it lowers the barrier to entry for slum communities. He thus develops the necessary processes and infrastructure to run the water system – along with the associated services such as daily billing and maintenance –directly in the slum, and managed by community members. In communities where Eau et Vie works, 85% of households are connected to the mainstream water grid (from nearly zero access) and payment collection rates reach 93-95% among participating households.

Philippe envisions a future where it is second nature to connect a city’s mainstream water supply to slum communities because it is both socially and economic beneficial to society. Already working in 3 major cities in 2 countries (the Philippines and Bangladesh), and spreading to a third (Cote d’Ivoire), Philippe is ready to expand his model globally.

Our world is undergoing a huge wave of urban growth. According to the United Nations Population Fund, more than half of the world’s population now lives in towns and cities, and by 2030 this number will grow to about 5 billion; 40% of this growth will be in slums.

Growing slums are often perceived by public authorities as a major nuisance to the social and economic development and vitality of cities; as such, slum communities are often ignored, moved or altogether destroyed (and residents are forced to resettle elsewhere.) Decisions are often made to limit service provision to these informal settlements, which further deteriorates the slum and creates a cycle of poverty and vulnerability for its residents.

Mainstream service providers that serve cities, such as water operators, overlook slum communities as viable clients, assuming that households cannot pay for water services or perceiving the cost of connection as too high. Slum communities are thus excluded from mainstream water access, and the other related services – often taken for granted – that coincide with water access, such as sanitation, hygiene, waste management and firefighting.

Traditionally, water access solutions in slum communities often comprise community-based water management models entailing purchase at a community fountain. This model presents many challenges to clean water access. With a line forming as early as 5 o’clock in the morning, quarrelling and violence is not uncommon. Plus, the management of the payment and distribution of water, overseen by the most powerful of community members, can be corrupt and unfair. Moreover, according to the World Health Organization, community-based water systems are more frequently associated with outbreaks of waterborne disease. Dirty water leads to water-borne diseases; it can contribute to 80% of sanitary problems in a slum. And finally, one of the biggest barriers to access is the unaffordability of these community-based systems. On average, water can cost 25% of a household’s expenditure in a slum community. Because of corrupt payment practices, water in slums can be on average 3 to 9 times more expenses than the cost to middle class communities.

When mainstream water suppliers do decide to connect their infrastructure to slum communities, their system often fails for a variety of reasons. They tend to lose a great deal of water due to illegal pirating, leaks and broken meters. Water loss can grow to 80% in these areas. Plus, these operators attempt to use the same payment collection process with higher-income clients as with their lower-income clients; operators soon learn that their standard policies and processes do not work for the reality of slum life.

The mainstreaming of hybrid finance models presents an opportunity to build win-win solutions to increase water access for poor communities around the world. Philippe has leveraged the trend of hybrid financing to build out his water access model, engaging a diverse set of investors and partners in his approach.

Philippe overcomes water access challenges by connecting a city’s mainstream water supply directly to households in slums, which were previously excluded from their city’s water grid. After receiving concessions from local authorities, Philippe negotiates with large water operators for a price to buy water in bulk. He then garners the investment to build out a city’s water infrastructure to an outlying slum community, equipping each house with its own personal water meter. In as intermediary role, Philippe sells this water directly to slum households in a way that is both affordable and accessible. Philippe’s model allows him to sell water at a cost 3 times less than what slum households were originally paying for water due to the efficiencies of the old system. These micro payments are also enough for Philippe to recuperate his initial investment and cover the majority of his operating costs.

There are many innovative components to Eau et Vie’s payment and maintenance model that enables the model to work in the context of slum communities, where large water operators have failed in the past. First, Eau et Vie’s initial connection fee is paid in installments versus a one-time payment, a critical component to lowering the barrier to participation for a slum household. Also, Eau et Vie employs community members from the slums to collect very small payments from households on a daily basis instead of on a monthly basis. In a situation of non-payment, Eau et Vie cuts off the water supply in only two days’ time (versus the average 1-2 months by a large operator); this reduces the burden of long-term debt on households. A further innovation is in the system of individual and clustered meters designed by Philippe that allows him to track the daily consumption of water, versus the standard monthly tracking. By creating a maintenance and payment system tailored to the daily reality of slum communities, water access has grown in affordability and accessibility. On average, households working with Eau et Vie are paying 3 times less for water.

Philippe’s model goes beyond critical process improvements to make water access a reality for slums; he is also focused on community mobilization and behavior change. He is building up the education, awareness and infrastructure necessary for slum communities to access the public services – often taken for granted – that coincide with (clean) water, such as sanitation, hygiene, waste management and firefighter services. Philippe identifies the best proven ideas in these areas and either works with existing NGOs (like the Red Cross) to expand their education and training activities in the slums where he works, or to replicate proven social business solutions with the backing of public authorities. For example, Philippe has signed a three-year contract with the city of Manila and is collaborating with Sanergy (an organization of Ashoka Fellow David Auerbach based in Kenya) to replicate its “Fresh Life Toilet” model to manage human waste. Furthermore, after experiencing a devastating fire in the first slum where he worked, Philippe is now training up volunteer fire brigades in slum communities and is installing fire hydrants so that fires can be put out in a timely and efficient manner.

Philippe is changing mindsets on two levels. First, he is demonstrating to public authorities that the best solution is to invest in slums, versus ignoring them or altogether resettling them. In the Philippines, Philippe has convinced public authorities to create a certificate of public convenience so that other private companies (besides Eau et Vie) can also extend water access as an essential public service; thus, helping other entrepreneurs to step in and replicate his model. Second, Philippe demonstrates to mainstream water operators (both publically and privately owned) that slum communities are indeed viable clients – as long as the right collection and distribution system is in place to ensure affordability and awareness. Over the years, Philippe has managed to increase his trust and bargaining power vis-à-vis large operators, convincing them partake in a system that is very foreign from their ‘business as usual’.

With Eau et Vie becoming recognized by the Filipino authorities, Philippe is ready to replicate his methodology globally. He has already begun work in Bangladesh and will soon launch Eau et Vie in a slum community in the Cote d’Ivoire. Philippe’s longer term scaling strategy is to franchise his methodology globally through a network of local entrepreneurs that will help him to bring Eau et Vie to 50 new countries. Ultimately, Philippe wants to change mentalities around water, proving that it’s possible to provide water through a market-based approach to the world’s most marginalized communities.

Philippe, a French national, spent 3 years living with his wife in a slum in Manila, Philippines, where he worked with a local microfinance organization. Here, he experienced first-hand the challenging living conditions resulting from poor access to clean water. He was particularly struck by the high cost of water, the long waiting lines, and the pirating issues that made water access a daily challenge for households located in slum areas.

After moving back to France with his wife, and managing a large network of gas stations, Philippe eventually bought a plumbing company specialized in job reinsertion from a friend. He grew the company from employing 6 people to 60 people, and he expanded to other technical areas like masonry and electricity. He spun-off these new businesses directly with his “reinserted” employees, empowering them as entrepreneurs and eventually as shareholders.