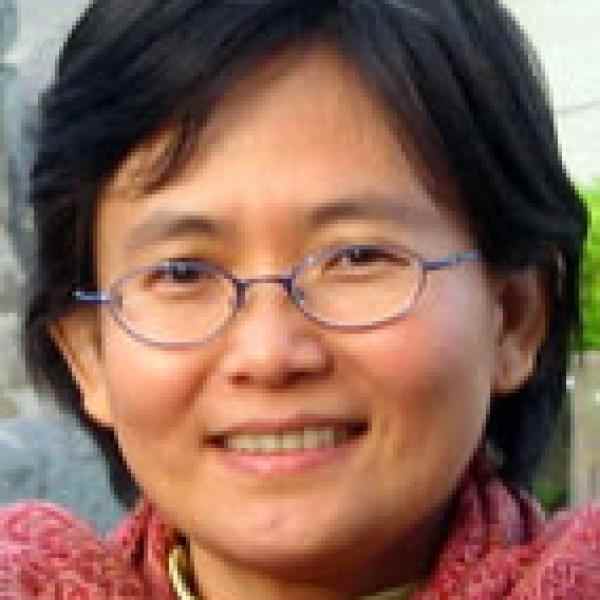 By initiating citizen-led industrial pollution monitoring, Penchom Saetang is amplifying the Thai public demand for corporate and government accountability to community health and the environment, at the neighborhood level, as well as national policy.

Penchom’s work targets “fence-line” communities living in the shadow of Thailand’s rapid development. Her efforts cover a wide spectrum of areas: Enhancement of neighborhood capacity to collect pollutant data; support of environmental litigation; and advocacy for a national policy to guarantee the public “right to know” of released pollutants. Penchom has also created an unusual opportunity for Thai scientists, otherwise silenced by organizational policy, to support the citizen sector in demanding corporate and government accountability.

To ensure that citizen concerns are represented in the latest negotiations by industries and the government on climate change, Penchom has pioneered a national campaign for “climate justice.” She works with a broad range of citizen networks across Thailand to demand that measureable changes be made to create a socially and environmentally responsible industry in developing countries.

Industrial development’s adverse health and environmental effects have largely been unchecked and unnoticed for more than three decades in Thailand. Each year, industries produce approximately 1 million tons of hazardous waste, of which an indeterminately large portion is improperly disposed and presumed to be illegally dumped in open landfills, vacant land, nearby waterways and the sea. Factories do not receive penalties or other measures of accountability for improperly disposing of hazardous waste. While transporters can be subjected to a fine, it is nominal—the highest fee of 2,000 baht (US$60) for open dumping—and rarely enforced.

The public largely lacks information about hazardous industrial chemicals, which often pose the greatest threat to low-income populations. In 1991, the illegal disposal of chemicals was suspected to have caused a chemical explosion and three-day fire in central Bangkok—the largest chemical accident to date. The fire destroyed the homes of more than 5,000 slum residents and hospitalized 1,700 patients from chemical exposure. While estimates revealed that the fire burned more than 3,000 chemicals, the government only released a list of 23 substances. Doctors protested that they were unable to provide accurate treatment. Yet two decades later, similar chemical accidents, along with complaints of open dumping and toxic effects from industrial pollution, still occur regularly across Thailand.

Corruption within government agencies has produced an institutional unwillingness to acknowledge or address the negative impacts that industrial waste has on community health and environmental conditions. While multiple government agencies maintain independent records of the import, transfer, treatment, and disposal of hazardous material, they possess no collective inventory. Even scientists working in laboratories backed by government or industrial funds, have had little opportunity to contribute data on this controversial issue.

Approximately 20 years ago, the Ministry of Public Health founded the National Institute for Occupational and Environmental Medicine to investigate possible causes of deaths at an electronics factory. The institute published a report suggesting that workers died from lead poisoning in the factory. Within weeks, government officials removed the institute from the investigation and appointed a new commission composed entirely of industrial hygienists, rather than physicians. After conducting tests on working conditions—and not workers’ health—the newly appointed agency published a report vindicating the factory. No government agency with active budget allocation is directly responsible for investigating and treating the health and environmental effects of industrial waste.

Despite political and financial pressures preventing the public disclosure of industrial pollution’s hazardous effects, Penchom has established the first independent agency to empower disadvantaged fence-line communities with scientific information and the know-how to detect industrial pollution to negotiate for increased government and corporate accountability.

An important component of Penchom’s work has always been to create public pressure for the government disclosure of information—a key component to solving the country’s hazardous waste problems. In response to the 1991 explosion of chemical warehouses in Bangkok, Penchom co-founded a campaign demanding the release of information regarding the 3,000 involved chemicals. Collaborating with workers’ rights advocates and Ashoka Fellows Somboon Srikhamdokkae and Saree Aongsomwang, they established a committee consisting of affected slum residents and relevant professionals, to demand investigations into the health damage caused by the accident. In 1993 Penchom joined a local campaign exposing the government’s burial of the fire’s chemical wastes across a pristine forest located in Western Thailand. The campaign sparked national controversy and ultimately compelled the government to excavate the hazardous remains and rebury them, using the proper safety measures.

In 2004, in collaboration with the international environmental monitoring groups Greenpeace and Global Community Monitor, CAIN released the first analysis of toxic air contaminants in Map Ta Phut Industrial Estate, the world’s eighth largest petrochemicals hub located on Thailand’s eastern shore. Her group collected the air pollution data and continuously monitored the air pollution. They used a simple bucket device to collect the air samples for analysis. Penchom and her group joined the Bucket Brigade of Global Community Monitor in California and the Community Environmental Monitor group in India. The results and accompanying community campaigns led to further disclosure of other pollutant information. For instance, earlier findings from the National Cancer Institute revealed that Map Ta Phut residents were three-times more likely to develop cancer. More scientists and students came to conduct research in Map Ta Phut, leading to an unusual abundance of scientific data on industrial pollution and health impacts. The findings played a crucial role in winning two famous lawsuits: In March and December 2009, two court rulings declared a national government agency “negligent” in declaring pollution control measures and ordered the halt of all 76 new industrial projects in the area.

Penchom’s work has created an information exchange gathering for the past 12 years, which is now enabling communities to start negotiating for better safety standards. She has garnered national support from academics as well as scientists and doctors for health impact assessments (HIA) of new industrial projects. The HIA concept is gaining interest from top policymakers as well as national institutions. Introducing the concept of the Community Right-to-Know Act, Penchom is also conducting the policy study for a Pollutant Release and Transfer Register, to publish information on industrial chemicals and their whereabouts, thus making it widely available on the Internet in future and increasing pressure for the government and private industries to be accountable for pollutants.

Until safety measures against industrial waste represent the norm in Thai society, Penchom and the allied civil society continues to enable communities to resist unsafe industries and industrial policies. Due to strong community resistance, at least 10 heavily-polluting industries have been delayed in the last decade, including coal mining operations and coal-fired power plants. It has, however, been at the expense of at least 10 assassinations of environmentalists in the past decade. Penchom herself has been harassed, and some of her funding agencies have been called in by government authorities for questioning.

Nonetheless, Penchom continues to link local community struggles with national campaigns for social and environmental justice in Thailand’s industrial development policies. For instance, in 2007, Penchom led an international campaign to publicize the contents of a bilateral trade agreement, in which Thailand was to import Japan’s hazardous waste in exchange for tariff reductions. Penchom collaborated with a coalition of Japanese citizen organizations (COs) to petition both Thai and Japanese governments for the removal of the clause on hazardous waste import. Her campaign again stirred national and international controversy, but fell on deaf ears with the military junta.

Most recently, Penchom has expanded her coalition of partners within the citizen sector. In 2008, she co-founded the Thailand Working Group for Climate Justice—a national effort of civil society and community organizations that specialize in environmental, health, and community education as well as human rights issues—to pressure corporations and the Thai government to address social and environmental justice as they define and invest in climate change programs. At the Climate Conference in Copenhagen last year, Penchom voiced demands on behalf of Thailand’s citizen sector and pressured industrialized countries to cut emissions. In Thailand, she is part of a working group that is proposing alternatives to the 10-year Global Warming Master Plan currently tendered by the national government.

In 2009 Penchom registered her organization as a foundation to highlight its neutral stance as an independent monitoring group. The Ecological Alert and Recovery-Thailand (EARTH) Foundation plans to bridge formal partnerships between affected communities, universities, and government laboratories.

Born into a working class household of eight siblings, Penchom was the first-generation college graduate. In addition to conducting volunteer work with Bangkok’s slum communities, she spent her later years as an undergraduate traveling to rural areas with an alternative theater group. Instead of performing for the audience, she joined to teach children theatrical skills.

Working in Bangkok during the chemical explosion in 1991, Penchom joined citizen advocates to pressure the military junta to release chemical information. Since then, she has developed numerous reports on the health and environmental impact of various hazardous waste instances. Penchom and the local community have also exposed the underlying corruption behind industrial pollution management, publishing reports that link corporate negligence with political interests. She has been appointed as the CO representative to many working groups, including the Senate subcommittee to study national health problems, and the subcommittee to investigate corruption and promote good governance.

In 2006 Penchom received the prestigious Asian Public Intellectual Fellowship, funded by the Nippon Foundation. She chose to study the Japanese citizen movement following severe methylmercury poisoning from industrial wastewater, now widely recognized as the incurable Minamata disease which has affected over 200,000 local residents and more than 10,000 patients.