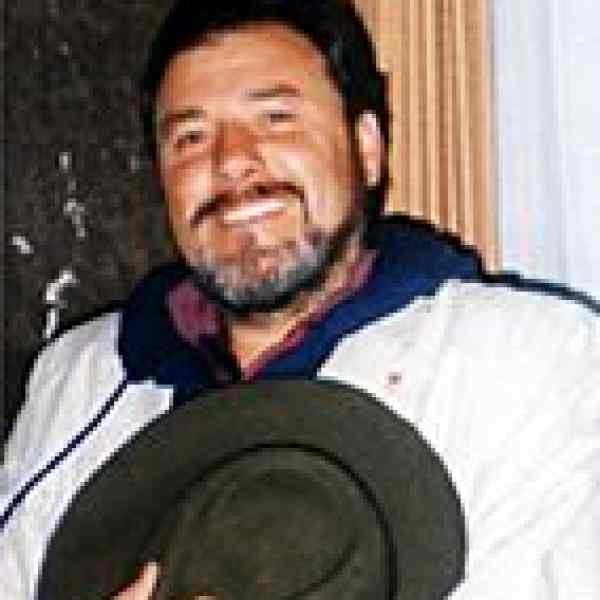 Employing a holistic approach that combines energy-saving technology, education and political action, Pedro Serrano is introducing new energy technologies that will reduce pressure on Chile's scarce firewood resources. In so doing, he is contributing in important ways to the protection of the environment and the improvement of socio-economic conditions, particularly in Chile's poor, arid regions.

Convinced that current patterns of energy use, which involve a heavy reliance on firewood, are producing increasingly disastrous consequences, Pedro Serrano is employing a holistic approach, encompassing appropriate technology, education and government action, to achieve the needed changes. Pedro is persuaded that a successful attempt to introduce energy-efficient practices on the scale required to protect the environment and benefit the poor in Chile's arid regions requires carefully orchestrated actions in each of those areas.Pedro has long played a leading role in the development of energy-efficient technology, including solar-powered stoves and other appliances, as a means of combating traditional, inefficient energy practices that deplete Chile's firewood resources and contribute to desertification. But he believes that "real change will occur only through vigorous, systematic efforts to educate and prepare the public for an energy efficient culture." Seeking to avoid the mistakes that have characterized attempts to introduce solar and other energy-efficient technologies in India, China and elsewhere, Pedro is convinced that the key to the successful introduction of these technologies is education and careful cultural preparation, and he also recognizes that government action, including subsidized distribution of appliances, mandated training in energy efficiency in the public schools and a sustained policy focus on alternative energy sources, will be required.

Firewood is Chile's second most important source of energy, after petroleum. Official statistics indicate that firewood accounted for 21 percent of Chile's total primary energy consumption in 1992 and that reliance on that increasingly scarce energy source is dramatically increasing in both absolute and per capita terms. Government officials now predict that firewood consumption in Chile will total some fourteen million tons in the year 2000.

The societal impact of heavy, and increasing, reliance on that form of energy are enormous. The ecological effects of the attendant deforestation, land degradation and carbon dioxide emissions will be felt for generations, and the socio-economic implications are similarly dramatic. Firewood collection is labor intensive and makes heavy demands on daytime hours that might otherwise be spent on income-generating activities. In addition, smoke and particle inhalation associated with firewood use often results in serious health problems, with a disproportionate incidence among women and children. Approximately three-quarters of Chile's firewood users are poor people living in rural settings in the country's arid regions, and for them, the adverse consequences of current patterns of energy use are particularly severe.

The problem is also one of global proportions. The indiscriminate depletion of precious biomass resources, including firewood, features prominently on the list of major environmental concerns in all of the world's developing regions. But efforts to introduce alternative, environment-friendly energy sources have met with only limited success. For a variety of reasons, there has not yet been a successful example of mass diffusion of alternative energy products such as solar-powered stoves. In some instances, attempts have failed not because of technical flaws but because their promoters have paid too little heed to relevant cultural practices and have failed to motivate and educate the intended users. In other instances, failures can be traced to political factors, including poorly conceived national energy policies, insufficient public awareness of the damaging effects of current energy use patterns and the very limited political influence of groups most adversely affected by current practices.

As suggested above, Pedro's strategy has three principal elements: (1) the development and testing of appropriate technology, (2) a strong reliance on education and training to encourage the adoption of more efficient and environment-friendly energy practices and (3) the mobilization of government support for the introduction of energy-efficient technology.

Over a period of some twenty years, Pedro has invented a variety of energy-saving appliances, including solar and energy-efficient stoves, cookers and toilets. He has created a nonprofit organization, Artesol, which is run by "solar artisans" who work in conjunction with small, local enterprises to manufacture solar-powered equipment and energy-efficient stoves. He has also tested the products thus developed in "real world" settings. Working in the town of Villaseca, in a poor and arid region in northern Chile, he has demonstrated that their use can result in savings of more than one-half ton of firewood per family per month. He has also calculated that the benefits of extending the relevant technology to the region's 60,000 users could total more than $1 billion over a ten-year period.

Pedro's principal tool for encouraging adoption of energy-efficient technology is education. With government support for a pilot energy-efficiency education program, he and his colleagues developed teaching materials and trained teachers at eight rural public schools. The teachers then offered classes in domestic energy saving, low-cost solar energy options and firewood management to students, parents and community members and served as mentors to other teachers, thereby assuring a "multiplier effect." Since 1994, that program has reached more than 4,000 teachers, students and other family and community members, and follow-up studies indicate that participating families have been able to save an average of almost three tons of firewood and four tons of cooking fuel annually.

Having headed several alternative energy organizations and served as a consultant to various national and international organizations (including Chile's National Energy Commission), Pedro enjoys good access to public officials and influential networks both within and beyond Chile. The public policy goals that he is striving to realize include (a) government-funded mass distribution of low-cost, technologically simple, energy-efficient stoves and other products and (b) the inclusion of instruction in energy efficiency in Chile's nationally mandated public school curriculum. Pedro also supports the creation of a Cabinet-level ministry for alternative energy, both to ensure that energy policy remains high on the government's list of priorities and to help guarantee Chile's compliance with international agreements to reduce carbon dioxide emissions.

Pedro's lobbying has already produced tangible results, including the creation of a new government office for nonconventional energy. Looking toward the year 2000, he has set his sights on securing passage of a holistic, national political plan for firewood management and for the mass distribution of renewable energy products.

Trained as an engineer, Pedro has achieved widespread recognition as an authority in the field of appropriate technology and alternative energy sources. He has taught for many years at major Chilean universities, and he has also established and directed a school for appropriate technology for people throughout the Andean Region. A prolific author, he has written some twenty books and presented more than 100 papers at national and international conferences. He has also achieved considerable international recognition for his success in designing solar cookers and other energy efficient appliances.

Clad in overalls and exuding energy, Pedro is an exceptionally effective advocate of alternative technologies and efficient energy use. And having lived alongside rural indigenous peoples in several Andean countries, he is deeply attuned to their many abilities and needs.

Pedro's activism grows out of a strong commitment to human dignity and rights, which was sharpened by Chile's political trajectory in recent decades. It reflects, as well, an unusual awareness of the country's problems and a strong desire to make use of his training and experience in engineering and education in addressing those problems.