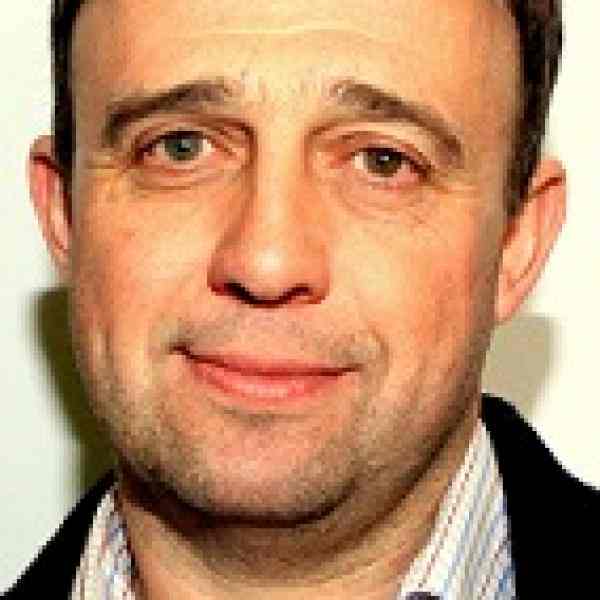 ASFOSO- Asociación Forestal de Soria
Pedro Medrano has developed a simplified management model for collective land ownership and having been incorporated in the relevant legal codes, is restoring the links among disparate owners,…
Read more

Pedro Medrano has developed a simplified management model for collective land ownership and having been incorporated in the relevant legal codes, is restoring the links among disparate owners, rekindling local pride, facilitating effective land management, and generating added incomes in the affected areas.

Through Management Boards, a legal structure that Pedro resurrected from ancient tradition and passed into law, markets have been created around the forestry industry with opportunities for real profit capture. Pedro is also building a community to safeguard forests. The Boards gather a symbolic number of co-owners of different properties, which contributes to the environmental protection of areas that until now were almost abandoned.

This mechanism is designed to foster collaboration among people living in the countryside with those in the cities, and in other countries. The common link between them is that they are the legal inheritors and rightful owners of a tiny portion of land their ancestors collectively bought. With this structure, the model gives each individual a small share of ownership in the collective; however, instead of encouraging personal gain, Pedro incentivizes supporting common projects which focus on the preservation of natural resources and local and rural development.

Society is abandoning its rural roots, as evidenced not only in Spain but in other countries with heavily forested, natural areas. Rural-to-urban migration is a global trend that means smaller populations in rural areas, fewer opportunities for those who stay, and a lack of oversight of the natural resources.

Although forest property and management models are different in every country, there are models of commonly owned or managed forests in many parts of Europe (especially in Spain, Italy, Germany, Scandinavia, and some Eastern European countries) and an increasing interest in approved approaches toward their management. It has become clearer over the years how important property structure is for the preservation of nature and a sustainable local development. The amount of land with antiquated property structures in Spain is some 1.5 to 2 million hectares (15,000 to 20,000 square kilometers)—an equivalent area to the whole country of Slovenia.

To place the current land situation in historical context, the unique land ownership structures in Spain are rooted in the Desamortizaciones period. At the end of the 19th century, Spain was embroiled in a process in which the state carried out a confiscation process of land belonging to the church, the army, and the municipalities. Many rural inhabitants considered this process a danger for their own survival, as they lived from the resources of the land that was being confiscated (forests and woodlands where they obtained wood, or nourishment for animals). At that moment and with great sacrifices (by selling their cattle or lending money from usurers), they organized and bought back the land at the public auctions or directly from nobles or big landowners, becoming co-owners of the properties. This type of land is pro indiviso (not divisible), as the owners have a “share/participation” of the land and not a “piece.” The civil code requires a majority decision to do anything with the land, from maintenance to enterprise, such as sustainable harvesting. After more than 200 years and around four generations of land ownership, it has

become nearly impossible to keep track of inheritors or co-owners of these lands, and it is very difficult, or virtually impossible, to reach any sort of decision concerning land use.

The economic, social, and environmental consequences of rural degradation are well-known. However, these consequences are deepened by the difficulty of managing or even intervening in many areas because of the lack of knowledge about the real ownership of land. According to the United Nations Forum on Forests, these property issues are a main cause of forest neglect worldwide.

Due to this situation, locals are paralyzed with an unusable natural resource they cannot even maintain. This has profoundly negative consequences, including heightened risk of fires and plagues and missed opportunities for income-generating activities in areas where most development options are based on exploiting natural resources.

In other parts of Europe, issues similar to those Pedro is addressing (but with differing historical origins), are widely prevalent, and the need for fresh approaches to the management of collectively-owned forested areas is correspondingly pressing. Not surprisingly, the potential impact of Pedro’s work is by no means confined to the Spanish setting.

As a forestry engineer in Soria Province (in Castile and León region in north central Spain), Pedro was well aware of—and increasingly frustrated by—the strictures imposed by collective ownership of most of the woodlands that rendered forest maintenance activities and forest utilization for income-generating purposes almost impossible. Undaunted by that discovery, however, he undertook a detailed study of the of the evolution of ownership patterns of the woodlands in Soria Province, in which he documented the ownership shares of the “original owners” and of the increasing numbers of inheritors of those shares, the vast majority of whom no longer reside in Soria.

Building on his understanding of current ownership patterns (with hundreds of owners with tiny percentage shares of collectively-owned woodlands), Pedro took a close look at the relevant passages of the civil code, which specified that any changes in land usage or land maintenance practices required the endorsement a minimum of 50 percent of the owners of shared-ownership lands--a requirement, he quickly concluded, that was impossible to meet in light of the large numbers and wide geographic dispersal of owners with minute shares (and personal stakes) in the land.

In a daring but carefully calculated move, Pedro proposed a new model, Montes de Socios (Forestry Partners), for the management of collectively-owned forest lands, and he secured the adoption of an amendment to basic forest law that facilitates the management and utilization of shared-ownership forested areas by (i) authorizing the creation of Management Boards for shared-ownership lands and (ii) permitting a minimum of eleven co-owners to make decisions concerning the use of jointly-owned forested land on behalf of the broader ownership group.

The new legislation requires extraordinary transparency in the creation and operation of the Management Boards. Formally authorized and structured as an association, each Board is legally mandated to develop a Plan of Action focused on the preservation of the forest area and the support of local development, and each of the Boards has thus far elected to reinvest the modest revenues that have been generated from the forest areas that they manage in the development of the forested areas and/or villages in which such (modest) profits have been generated.

Many members of the Management Boards live far away from the rural areas in which the forested areas they are caring for are located. Their ancestors immigrated to bigger cities or to other countries; this initiative has given them the opportunity to cooperate with the development of their ancestor’s land, while protecting these environments. Furthermore, this work has brought together different perspectives, of those living in rural and city areas. This has created a new local community.

Pedro initiated the creation of the first Management Boards in Soria, and with the support of Spain’s Ministry of Environment, some of Spain’s regional governmental bodies, and the European Union, he is extending the model to five more regions. With some forty initiatives in Spain, more than 200,000 hectares of forested land is covered.

ASFOSO, the Soria-based forestry association from which Pedro is promoting his initiative, also plays an important role in the process: (i) in guiding the creation of new Management Boards and marshaling support for existing ones (ii) providing legal advice (iii) helping to refine Plans of Action, and (iv) assisting in fundraising for new initiatives. ASFOSO is also developing an online platform to facilitate their work and to provide space for exchanges of information, experience, and debate.

This model of intervention in the preservation of the land is less expensive than other models used by the administration, such as “plot concentration.” Pedro is working to define benchmarks and indicators that will show public administrations the cost of implementing this model, the savings it will yield (in terms of lowering maintenance services, fire extinguishing costs, and other forest maintenance challenges), and the benefits it will create (i.e. creation of economic activity and jobs).

Although he was born and raised in Madrid, Pedro has strong, lifelong ties to the province of Soria, where his professional career has been based. His earliest memories are of visits with his grandfather in Soria, learning to love the forested landscape, and listening to his grandfather’s accounts of the buying and selling of the region’s woodlands.

Reflecting on those early passions, Pedro studied forest engineering at university in Madrid, and upon completing his degree, moved to Soria, where he joined the staff of a small forestry association. He realized forested areas in Soria were stymied by existing laws and regulations that required the approval of at least half of the current owners (however tiny their individual ownership shares), so he set his sights on securing the needed changes in the laws and regulations. Having been remarkably successful in bringing about those changes, Pedro continues his work in Soria.