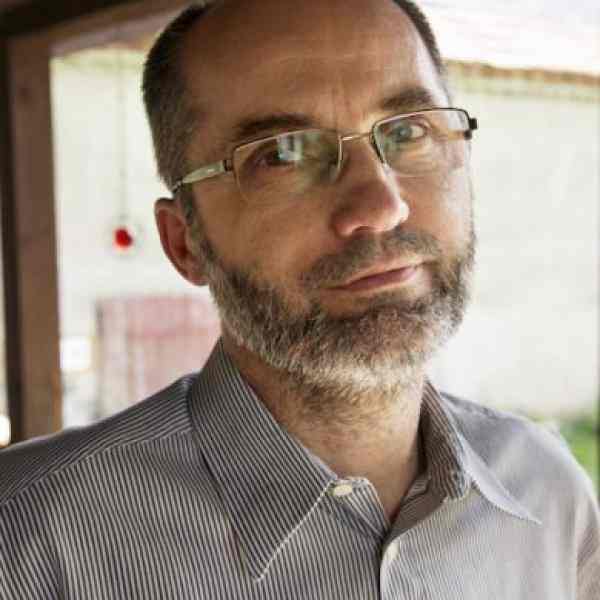 Pawel is at the forefront of the effort to raise the quality of foster family care in Poland by launching the first national Polish foster family movement. Pawel's "by choice" foster families are an alternative to the dominant "by continuation" system in which foster care is provided by members of the same dysfunctional family. To combat the drastic housing shortage faced by foster families, Pawel is setting up a unique framework of "house banks".

Pawel is launching a national program to train, evaluate, and certify foster families to ensure that they are capable of providing quality care to children. In exchange for volunteering for the program, the families become members of regional support groups that provide training and mutual support. Certified families are also eligible for assistance from the association's "house bank", which provides them with refurbished homes that are more appropriate for larger foster families.The house bank acquires and restores abandoned houses. Certified families exchange their small apartments for one of these houses, which are better suited for raising children than these cramped dwellings. The small apartments are then rented out by the association to fund further refurbishment projects and the administrative costs of the program.

In Poland, foster families care for twenty-seven percent of the more than 150,000 children whom the state has removed from the custody of their biological parents. There are no existing standards for foster families, and ninety-three percent of them are established by the courts on an ad hoc basis. For instance, the child may be removed from the legal custody of his biological parent because of neglect or abuse, only to be turned over to the care of the first available relative. In many cases the relative actually lives under the same roof as the abusive parent, so the child's welfare is unchanged or even worsens. The relative may agree to accept custody of the child simply to get the monthly check from the government.

This all occurs because of the lack of foster family standards and regulations. No system of licensing, training, or consultation exists so all foster families are left to deal with their problems on their own.

The housing shortage is another problem affecting foster families. In Poland the average living space is 3.3 people in an 81 square-meter apartment, with one-fifth of the population having as little as seven square-meters per person. This is cramped compared to other countries such as Belgium, which has an average of 2.6 people in 199 square-meters. This housing shortage is crucial because most of the volunteering foster families are from the lower earning classes and cannot improve their housing conditions on their own. The cramped conditions seriously affect the quality of care that foster children receive.

In 1991 Pawel established the "Our House" foundation as a pilot project in the city of Lutol. The organization received an abandoned house and refurbished it. They also cultivated the adjoining vacant land and created formal standards for foster families. They then trained and certified the first family to go through the program. This project worked well and serves as an exemplary model for Pawel's plans.

Families are often attracted to the program by the promise of a better home. However, to qualify for certification, each foster family must undergo training and pass a detailed evaluation. Pawel's assessment process assures that the family is not abusive, is well prepared to provide support and good-quality parenting, and above all, can provide a loving, nurturing home. The family's certification is then reported to the court and a refurbished home is made available soon after.

Pawel plans to establish fifty new foster families with approximately seven children per family by 1999. These families will be organized in local communities with about three families per community. To administer and coordinate this program at the national level, Pawel is building the Foster Families Association, which will also manage the housing bank.

Pawel also plans to create a Family Emergency Acceptance Center for children who have to leave their families in an emergency and need temporary living arrangements. It will aid the children while providing advocacy in the settlement of legal issues and will help to place the children permanently with a certified foster family. Selected families will be specially trained to provide temporary care for these children during the process, rather than having them put in government centers with delinquent children.

Pawel has a long history of innovation and social activism. In secondary school Pawel invented and sold an ink eraser and used the profits to fund his education. In law school he was involved in helping prisoners.

After graduation he organized camps for disabled and foster care children. In the 1980's he spent more than three years working in a government foster home and became convinced that the system needed to change. In 1987, when the Communist regime made it almost impossible to establish citizens' organizations, Pawel founded the Society for Helping Foster Families. This project was an original model and gave him experience in foster family counseling and consulting and in related legal issues.

He is active in the regional Poznan non-governmental organization movement where he cooperates with Ashoka fellow, Tomasz Sadowski. Pawel is the father of four biological children and cares for four additional foster children.