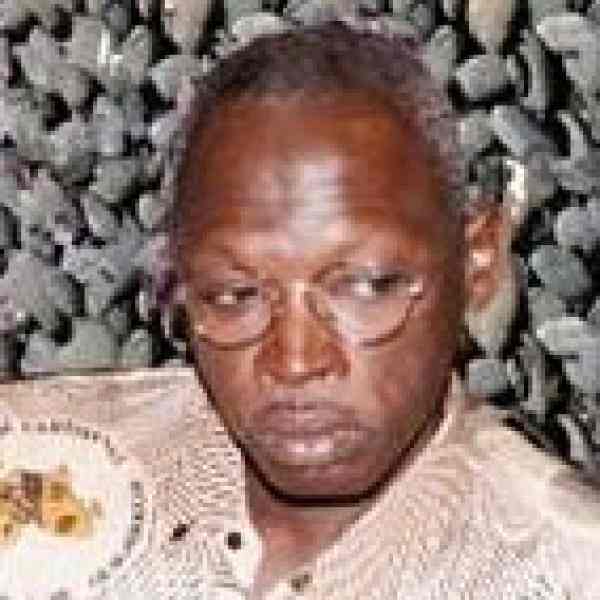 Ousmane Ndongo is providing the framework for adults with basic literacy in a West African tribal language to make the transition to advanced literacy. Working with interdisciplinary teams, Ousmane is creating language-appropriate computer interfaces that enable people with basic literacy to access the World Wide Web. By linking basic literacy with tech literacy, he accelerates the pace of language evolution to keep up with new ideas and concepts, increasing accessibility of advanced literacy for future generations.

Ousmane first gathered Senegalese linguists, programmers, poets, and other professionals to determine how to adapt the language of Wolof to computers. By covering all aspects of the process—programming, literal translation, and conceptual translation—he was able to incorporate Wolof into the keyboard display and digital programming in a way that appealed to native Wolof speakers. He will do this for three most-widely spoken West African tribal languages of Pulaar, Sonninka, and Mandinka.

The second element of his approach is to demonstrate creative ways to grow language content. For example, he has identified an opportunity to transliterate a large corpus of historical documents originally written in Arabic script, but based on Wolof phonetics. (Most Wolof speakers are not familiar with Arabic script.) He also discovered that he can use computer programs to cross-train adults with Wolof fluency into basic French, and that this greatly accelerates their range of access to web-based content.

Ousmane envisages a sharply ascending curve of advanced literacy driven in the early stages by adults learning in both their local and other easily mastered non-African languages that provide access to broader web content. He encourages those users to “open source” translate their newly acquired knowledge back into African languages by creating a “wiki” type approach in which people post content and have it edited, revised, and commented upon by others, including the members of his original interdisciplinary teams. What he wants to see is enough information available so that local languages can be used in school systems up to and including the university.

Over the last ten years, there has been an increase in investment in basic adult literacy in West Africa, spreading from urban to rural areas and including larger numbers of women. In Senegal alone, there are 2.8 million people who have achieved basic adult literacy in Wolof. During this same period, the path to advanced adult literacy has been fundamentally transformed by the rise of the internet. Computer programming and structure is based on Western languages such as English and French, making translation into local languages both linguistically and conceptually challenging. Without making computers more accessible to local language speakers, exposure to broader information will be limited, which stunts the ability of these languages to adapt to a changing world.

Advanced literacy is reserved for the educated elite with exposure to Western languages and a corresponding familiarity with digital products. This creates a bottleneck in adult literacy programs where the leap to advanced literacy is blocked by the digital divide. There is an urgent need for a different kind of approach to content requirements, new ways of interfacing with the internet, and technical adjustments needed to cope with rising demand for internet access. This includes everything from coming up with new keyboards and shortcuts to access more web-based content, to creating a new generation of experts to broaden what it means to be fluent in a local language.

Today it is not possible to offer a high quality and broadly based university education in Wolof or any other local African language. The difficulties are not simply literal, but also conceptual; as basic literacy is not linked to higher knowledge. The rate of exchange of ideas and concepts brought by the internet is making attaining fluency increasingly remote as local languages are not able to keep up. The result is an exclusion of a large segment of the population from this step in the education process, currently available to only those few who are fluent in French or English in the Gambia.

To build the framework for connecting semiliterate adults to the internet, Ousmane first secured agreement on the local language lexicon. He convened groups of experts to discuss the various elements of language translation needed to build appropriate computer interfaces adaptable to four local languages: Wolof, Pulaar, Soninke, and Mandinka. Linguists explored the various connections between the local languages and the Western languages of French or English to determine how to best translate concepts and words literally. For example, they decided how to arrange a keyboard of Roman characters to fit local languages with many non-Roman characters. The metaphorical foundation of the local languages appeals to poets, who offered creative insights into how to make the conceptual leap from local languages to computer functions, like, for example, translating concepts such as “delete” and “double click” into Wolof. Technicians combined this knowledge to develop hardware that enables people to not only use the computer but to interface with search platforms and popular computer programs such as Abiword, Gnumeric, Firefox, and Textyping.

With this basic architecture in place, Ousmane is developing literacy programs to demonstrate the benefit of computer-based literacy on semiliterate adults. He can also provide organizations committed to adult literacy with the opportunity to create specialized content. His software is open-source and free to users, increasing its access for both individuals and institutions. With a growing population of computer users, it will be possible to encourage the launch of decentralized efforts to digitize libraries and schools. Taking this phase one step further, Ousmane is exploring new ways, outside of internet access, to grow language content, including transliterating documents written in Arabic into Wolof.

Next, Ousmane envisages working in more specialized professional and scientific domains with teams of experts to monitor the development of language within and across technical disciplines. One area of interest is how scientific concepts are expressed across a number of African languages. By institutionalizing the adaptation of local languages to new concepts and ideas, the trickle down effect can be permanently captured and employed in professional and educational mediums. School systems will be able to use local languages to teach material through university level, opening educational opportunities to the majority of native speakers. Future generations will be able to achieve advanced literacy through their local languages rather than rely on a complete switch to French or English; learning Western languages will also become easier once at this level. With widespread application in Senegal, Ousmane’s model can be used with other languages in West Africa and throughout the continent. In the next eighteen months he will extend his computer-based literacy programs from the Tambacounda region in Senegal to Mali, the Gambia, and Guinea.

Ousmane was instrumental in founding the National Association of Adult Literacy in Senegal in 1990. In 1996 he was among the first to experiment with the use of educational software to address basic literacy issues, and in the process he realized that the impact of this technology went far beyond particular computer programs. He saw that individuals with basic literacy in a local language had a difficult time reaching advanced literacy with a Western language, such as French, due to problems with literal and conceptual translation. Once computer functions were adapted to local languages, however, individuals had an easier time accessing information and learning Western languages via the internet. Ousmane saw the broader implications of this for achieving advanced literacy in local languages.

Ousmane took computer systems training courses in Canada in 2001. In 2002, he launched [email protected] to begin the process of demonstrating the use of computer-based literacy courses in Wolof. His initiative brought together people from a range of disciplines to work through the social and technical issues required to broaden the use of Wolof on the internet.

Ousmane is the President of Anafa, a citizen organization based in Senegal. He has produced short films and is an accomplished puppeteer. An avowed product of informal education, he is accomplished in many areas including poetry, graphic design, music, and photography.