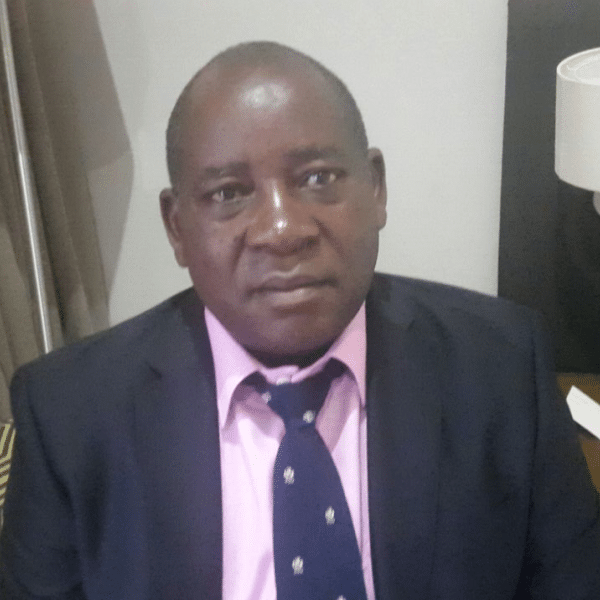 Imported during the colonial era, the livestock practices used for decades in Zimbabwe have destroyed land, decreased productivity of livestock farmers, and accelerated desertification, which threatens not only Zimbabwe but many parts of the African continent. To steer livestock farmers toward a solution that offers immediate and long-term benefits, Osmond has developed a land management system that combines components of traditional knowledge and farming practices with modern agricultural techniques. He trains farmers to herd collectively, allowing them to maximize their holdings. His approach prevents overgrazing&#150;and the irreversible soil erosion it precipitates&#150;by carefully regulating grazing to allow pastures to recover fully between grazing cycles. Osmond has shown that this approach yields useful environmental, economic, and social benefits. It ensures long-term sustainability of arid and semiarid regions, brings together farmers in a collective endeavor from which they earn more money, and restores the farmers' connection to each other and to the land. Osmond is working through universities in the U.K. and elsewhere to share his methodology more broadly with academics and development workers.

Current land management practices for cattle ranching in Zimbabwe have disrupted the ecological stability of the grazed areas. The conventional ranching method is simply to release a certain number of cattle into a given holding area and allow them to graze at will. Ranchers following this method believe that the key to maintaining healthy pastures is controlling animal numbers in a way that ensures grazing areas that are proportionate to herd size. In arid or semiarid areas in Zimbabwe, this method does not allow time for grasslands to recover between grazing periods. The result, over time, is not only scarcity of food for the cattle but also soil erosion, which leads to desertification.

New technologies replaced the traditional systems instead of upgrading them or tailoring them to the local environment. This rejection of traditional knowledge was understandable during the colonial era when conversion to contemporary methods was coercive. But in periods after, the rejection of traditional methods is particularly baffling. What works in the grasslands of Western Europe and the equatorial zones of Africa does not work well in semiarid rangelands like those in Zimbabwe. With its low and uneven distribution of annual rainfall, Zimbabwe rangelands require, for example, a longer time to recycle nutrients.According to Osmond, another contemporary assumption–that regulating animal numbers will prevent overgrazing–is responsible for land degradation. Osmond's pilot research suggests that if the land recovery periods are not regulated, even one animal can cause overgrazing. Put simply, if animals graze continuously on a given plot of land or return to graze before the plants have fully recovered, degradation is certain to occur.

It is no wonder, then, that the conventional ranching system and other unsustainable agricultural practices threaten Zimbabwe's ecological stability. As a byproduct of soil erosion, the country is losing huge amounts of nitrogen, phosphorus, and organic matter each year. The soil on most agricultural land has been depleted to its minimum productivity potential, thus seriously limiting yields and substantially increasing environmentally destructive inputs. In short, Zimbabwe is increasingly facing desertification and economic collapse, as farmers are unable to find adequate grasslands for their cattle.

Because Osmond's approach, which is based on his own path-breaking research in Zimbabwe, runs counter to conventional farming practices, he recognizes that a successful pilot is central to introducing his work more broadly. Therefore, he has obtained a 223.4-hectare research farm that he uses as a research and training center.

At the farm Osmond trains livestock farmers in land management techniques that he has pioneered and refined over 16 years. He teaches them to divide their collective lands into units to monitor grazing, allowing pasturelands time to recover before the next grazing cycle. Osmond's extensive research has revealed that each land unit in semiarid or arid rangelands should be grazed for short but intense grazing periods, followed by long recovery periods of about 90 days during fast-growth conditions (wet season) and 120 days during slow-growth conditions (dry season). This system adjusts for land sizes–for small farms, Osmond teaches communal herding, encouraging farmers to tear down their fences, subdivide their land, and collectively allocate grazing areas according to a grid. One area is left arable for growing crops, another is grazed in early summer, the third is grazed only in late summer, and the fourth is left to recover.

Using his research farm as the center of his work, Osmond is reaching out to farmers by radio and newsletters. He trains both small-scale and commercial farmers at the center and encourages farmer-to-farmer exchange visits in satellite communities. This effort will strengthen farmer-to-farmer learning and will transform the conventional top-down transfer of knowledge into a participatory process. Osmond aims to develop a program that links farmers, researchers, and agricultural agents to refine the techniques he has developed and to introduce them broadly. Osmond believes that this system is more sustainable than the current one because farmers are actively engaged in tracking their results and improving the techniques for others to use.

Osmond sees that sharing his work and methodology with the international scientific community will enable him to quickly reach areas similar to Zimbabwe in climate and culture. He is working with a university in the United Kingdom to publish the results of his work. Using his research farm as a hub, he plans to host seminars and conferences. Through these means he intends to introduce his rangeland management practices in arid and semiarid regions around the world.

Osmond's early childhood was spent with his grandfather who related stories of the beauty of the land, its rich biodiversity, and its abundant wildlife. As a youngster, from 1956 to the late 1960s, Osmond herded cattle and enjoyed swimming and fishing in local rivers and streams. His particular delight was spending time with his friends catching fish that were swimming upstream. Since then, the beautiful environment that he experienced as a child has been severely compromised as a result of unsustainable human practices. Many of the rivers that he fished or swam in have now completely silted in. Restoration of this childhood wonderland has been a major motivation for his work.

Osmond's first vocation was as a farm manager on a tobacco, maize, and wheat farm. His tenure did not last long because he was soon alarmed by the high-input system that temporarily increased production and revenue but caused severe pollution. He left that position to become a conservation officer with the government. From 1978 to 1983, he focused on "whole-catchment" management practices for gully rehabilitation and was later promoted to an agricultural extension officer for a severely environmentally degraded region. Faced with this challenge, he initiated catchment rehabilitation projects, one of which won the first Zimbabwe Department of Natural Resources Parade Conservation Competition. His work triggered a wave of gully reclamation projects in Zimbabwe that dominated the competition between 1986 and 2000.

This gully project resulted in a set of circumstances that led Osmond to study agricultural practices in the United States during 1986. While in the United States, he visited the pioneer institute of organic farming, the Rodale Institute in Pennsylvania, as well as a host of ranches in the American West and Midwest. His observations in America and Zimbabwe led him to the idea that the key issue in land management in arid and semiarid lands–with particular regard to cattle herding–was the recovery period allocated to pastures.