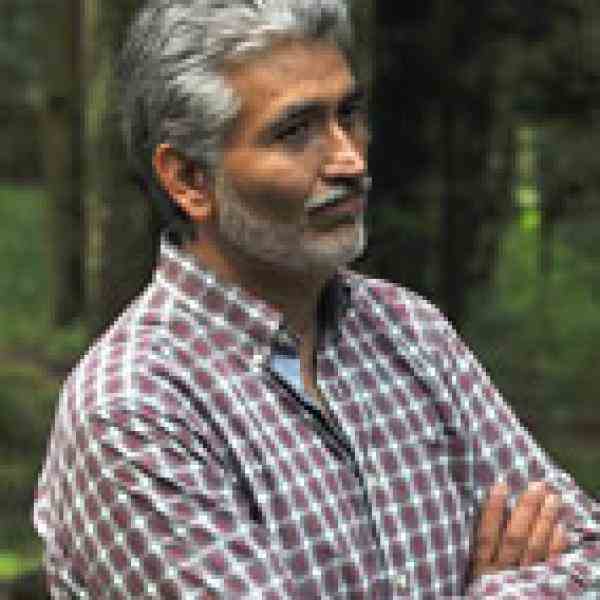 Oscar is a young biologist with a successful entrepreneurial background in the private sector. A determined ecologist, he is now leading the fight to protect Mexico's endangered wildlife.

Oscar Moctezuma seeks to stop the plundering of Mexico's rich and diverse wildlife by international traffickers. He has founded a new citizen's network which will bring together ecology groups from all over the country to denounce shipments of wild species when these are detected. However, merely calling attention to the problem is not enough; Oscar proposes to back up the network with important new legislation at a national level to both curb the activities of the traffickers and to impose significant sanctions.

Mexico has one of the world's most diverse range of wildlife species. It has 19 different species of parrots, macaws, and parakeets alone. This, coupled with the poverty in the regions where traffickers come to buy birds makes the capture and sale of wildlife an attractive and lucrative business. To get the birds, the traffickers cut down trees, and destroy the natural habitat.

According to the U.S. Fish and Wildlife Service, species trade in the United States alone is worth 1 billion dollars a year. The attraction of trafficking in species however is that while the rewards are great, a scarlet macaw can cost about $2,500 dollars or a palm cockatoo $15,000, the sanctions are virtually non-existent. Furthermore, the low survival rate of the birds in transit pushes up the price for those which survive.

Not only do the traffickers exploit the wildlife, they also corrupt and impoverish the local populations who unwittingly provide them with the birds. A macaw will be sold for 10,000 pesos -- approximately 3.5 dollars -- to a trafficker who will resell it in the US for anything up to $2,000 dollars.

Moctezuma has a two pronged strategy. One is to put pressure on the authorities by calling attention, principally through the press, to illegal shipments of wildlife that have been detected by pressure groups through the country. The other is to back up this approach with a legal framework that will sanction traffickers once shipments have been detected.

Once concrete proposal have been collected and appropriately classified he proposes to bring together official government agencies with an interest in the ecology to discuss them and suggest modifications. Only then, when both citizen's groups and government officials have come to agreement, will Moctezuma take his new proposal to the Chambers. He thinks the time is right to achieve this change in the legislation given the interest expressed in high government circles.

Moctezuma, despite his relative youth, (26 years old), is already making considerable impact on the ecological movement in Mexico. In addition to his setting up the Red de Defense de los Ecosistemas Tropicales en Mexico (The Defense Network for Mexico's Tropical Ecosystems), he is a member of several of the most important environmental associations and is also scriptwriter for a TV program on the environment. Moctezuma has given up his participation as a partner in a profitable cake business in Mexico City to devote himself full time to this project.

In an area where many have lost their lives by facing up to the traffickers, where other conservationists have kept quiet or left the country after being threatened, cowed by the recent murder in Mexico City of an inspector from the environment ministry. Moctezuma shrugs off the threat saying the someone has to do it. Moctezuma was elected to the Ashoka Fellowship in 1989.