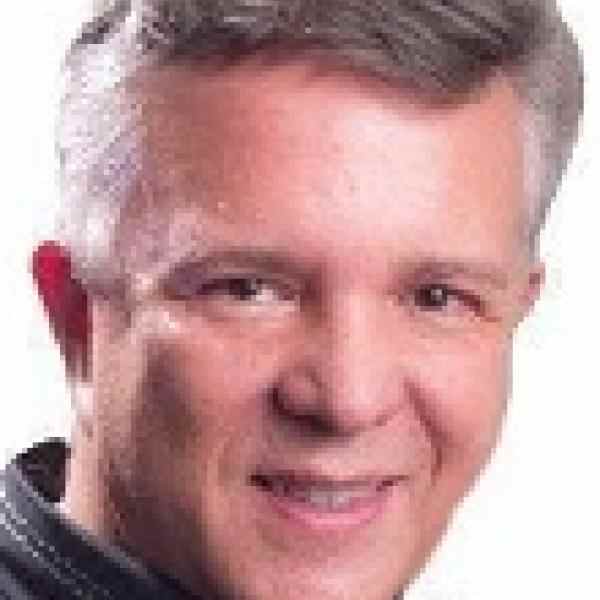 CECODAP
Oscar Misle has changed the paradigm of education in Venezuela over the past thirty years—imagining a more harmonious, less polarized country by addressing the taboo topic of violence in the education…
Read more

Oscar Misle has changed the paradigm of education in Venezuela over the past thirty years—imagining a more harmonious, less polarized country by addressing the taboo topic of violence in the education system.

Venezuela is moving through an age of transition, creating a nation that finds itself more polarized than ever between the rich and poor, business and government, and rural and urban societies. As the nation struggles to adjust to these rapid changes, violence both in society in general and within the education system grows. Through his work in education, Oscar has reached more than ten thousand schools with his innovative and evolving methodology to address educational challenges in the country, trained thousands of trainers or “animators,” written five books and become one of the most respected figures in Venezuelan society. Through his constant efforts to combat youth violence in schools and the community, Oscar has created a movement focusing on dialogue and societal participation to address this worsening problem.

Oscar first saw these emerging issues and understood that by focusing on individuals at the earliest stage, in early childhood education, these challenges could be mitigated. After founding the nonprofit CECODAP (Community Learning Centers) with the intention of focusing on the rights of children and adolescents, he developed the Daily Safe Homes approach in conjunction with Maria Montessori schools. Within this effort, Oscar trained more than 1,800 animators who took this methodology to thousands of preschools throughout the country. Part of this nationwide success is in part due to the enthusiasm of the government, which identified and endorsed the CECODAP methodology in its curriculum for preparing new educators.

While this work was sector changing, Oscar understood that the problem did not affect early childhood education alone. He then created programs that reached out to mothers and empowered them as community leaders, a role previously unexplored. In addition to working with mothers, Oscar also moved to working with adolescents, adapting his previous techniques from the preschools to the secondary school context. Working with various stakeholders, Oscar saw the common theme of harnessing empathy to reach a more empowered and egalitarian society. He collected stories of empathy from the students and used them to author bestselling books, enabling his concept of a more harmonious Venezuelan society to reach an even greater scale.

Bullying in schools has long been a taboo topic in Venezuelan society and schools, so statistics are not readily available. As awareness of the problem has grown, surveys have been undertaken of various sample sizes to understand the size of the problem in the absence of comprehensive statistics. One of the most widely cited studies that compared bullying rates in Venezuela, Colombia, and the US found that 40 percent of Venezuela children had been subject to bullying in schools, compared to 15 percent bullying rates in Colombia and 60 to 80 percent bullying rates in selected US cities. While many children in Venezuela reported being bullied, only 33 percent of the Venezuelan victims of bullying reported the problem to a parent or teacher. Meanwhile, 88 percent of kids reported witnessing verbal bullying, while 79 percent had witnessed physical bullying.

Violence in schools is often a reflection of violence in society, and violence is and has been a major problem in Venezuela. Research shows that violence generally starts in the home, and is now most highly concentrated among young people aged 18 to 30. The homicide rate in Caracas rivals that of Ciudad Juarez, Mexico, and Venezuela’s rate—more than 60 per 100,000 people—is three times Mexico as a nation. Unlike Mexico, though, where the military is battling well-armed and well-organized drug trafficking organizations (who also face infighting), Venezuela is not in the midst of a drug war, or otherwise engaged in combat. Violence in Caracas is far more diffuse, with thousands dying in small-scale gang disputes. Situations such as petty theft often end in murder. Deaths among children 12- to 14 years old have doubled while deaths among youth aged 14 to 17 have tripled over the past ten years, as verified by UN statistics. Venezuela now suffers the second highest death rates among adolescents in Latin America, behind only gang-ridden El Salvador. Given these statistics, it is more crucial than ever that Venezuela address these issues immediately.

While Venezuelan society is becoming more aware of these problems, issues of societal transitions remain. Today, more adolescents are coming of age less prepared and able to enter adulthood, and family structures are shifting, with single mothers heading of 40 percent of families; almost double the 24 percent of households they headed twenty years ago.

Adapting Brazilian Paolo Freire’s concepts of education for the oppressed, Oscar began with a focus on human rights for children in the most marginalized segments of Venezuela, with an initial focus on early childhood education. By extension, he focused on empowering women to become not just mothers, but also leaders in providing a safe home environment. To support this work, he founded CECODAP in 1984.

The Venezuelan Ministry of Family was so impressed that they contracted with COCEDAP to train government trainers create a nationwide program. Oscar had planted the seeds for a new approach to create a safe environment in schools and at home via early childhood education, but was disappointed with the poor quality of the government trainers which resulted in the programs low impact. Reflecting on the lessons learned from this experience, Oscar saw that helping children develop empathy through games, storytelling, and living histories was the key to stemming violence in schools and among families. Empathy became his guiding principle over the next twenty years.

Oscar began working with public and private schools and saw the huge but hidden problem of violence against children, especially among boys. He saw that bullying was strongly correlated with an intolerance of diversity and exacerbated by the machista of Venezuelan society. Oscar had found that children are more engaged and learn more effectively when they learn from real, practical examples and problems, in non-threatening ways. He and his animators gathered real stories and real questions as an integral part of his methodology which focused on creating empathy and lowering incidences of bullying. Many stories were included his first book, Violence at the Desks, which struck a chord in Venezuela because it was written in a way that resonated with parents and educators everywhere. It became an instant bestseller and raised Oscar’s profile, which led to his own newspaper column, roles as a radio and TV commentator, and as an author of radio soap operas—which were wildly popular.

Oscar then incorporated another major principle into his program, via a renowned Spanish educator who talked about how the “gut” was a key to learning, as well as the head and the heart. As Oscar reexamined many of the stories he had been collecting over the years, he saw that many did relate strongly to the “gut” and the emotional baggage that children bring to the classroom. As he incorporated the “gut” principle into his teaching and training methodology, he felt he had achieved a breakthrough in being able to talk and teach about this crucial but hidden aspect that is such an integral part of violence in schools. Oscar incorporated these stories into a second bestselling book, What is Hidden in My Backpack, which focused on the emotional baggage kids bring to the classroom every day.

Oscar began the next phase of his work on two fronts. He became a leading advocate for a new and more comprehensive law to protect children and their rights, which passed in 2007. At the same time, Oscar began a major alliance with Save the Children to take his approach to greater scale. This joint program reached ten thousand schools and made the topic of bullying and violence in the classroom and the home a prominent subject in national conversation.

Oscar has come to see that the education system in Venezuela has become obsolete, with discouraged teachers going through the motions and uninterested students not paying attention and dropping out of school more frequently than ever. To combat this, Oscar and CECODAP have begun to diversify their approach; instead of concentrating on schools alone, they now use media exposure and social media to reach out to youth directly. Building on his name recognition through TV and radio, Oscar has quickly developed 15,000 Twitter followers, 6,000 Facebook friends as well as a new group of youth oriented programs called Resonating. This project is led by young people and uses song, art, and dramatization as a platform for discussions, which reach broad audiences and help youth and society understand that diversity can thrive in adversity.

While studying at the University of Simon Rodriguez in Miranda, Venezuela for undergraduate and graduate studies in education and psychology, Oscar was deeply influenced by Brazilian Paolo Freire’s concepts of education for the oppressed in the most marginalized segments of society. He later founded CECODAP.

As a serial social entrepreneur, Oscar has constantly innovated new approaches and methodologies with different partners to address elements of child violence in schools and society. Oscar has focused on preschool children, public and private schools, bullying, empathy and violence in families, and murder rates among adolescents.

With thirty years of pathbreaking education in violence leadership under his wings, Oscar is energized to take his learning to new audiences, beyond the schools, and to empower youth to lead much of the effort. He is uniquely prepared and situated to play a major role in addressing one of Venezuela’s most pressing problems of violence in schools and society, and is at the right place at the right time. Venezuela is increasingly polarized and it is nearly impossible to forge a consensus about how to come up with new approaches. As the head of a growing movement to address adolescent violence in schools and society, and as the most respected authorities on the topic, Oscar will not rest until he has achieved transformational change in an area that is one of Venezuela’s greatest challenges.