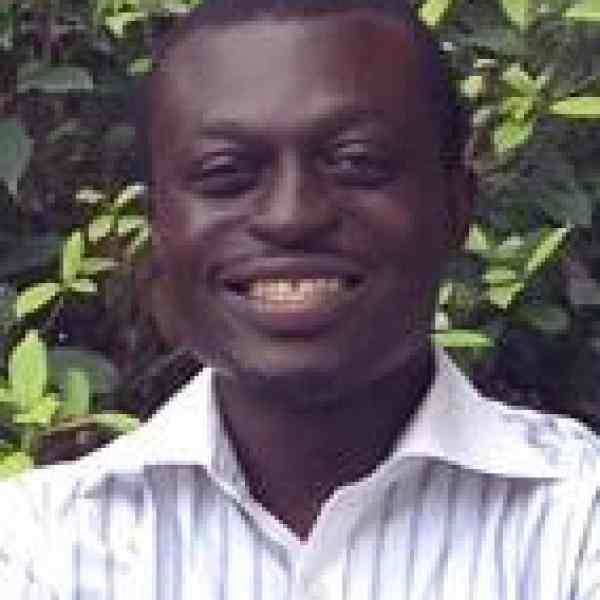 Recognizing the increasing momentum in Nigeria toward institutionalizing transparency and accountability, Oluseun Onigbinde has zoned in on closing a few of the crucial gaps key to accelerating this process.

Oluseun founded BudgIT to retell the Nigerian budget and public data in finer detail across every literacy span. His first audience is civil society. BudgIT has partnered with a coalition of forty citizen organizations (COs) based in Abuja that works nationwide. Oluseun breaks down the national budget into its simplest form and creates tailored reports based on their advocacy needs.

Today in Nigeria, as in many countries, there are four defined stages of the national budgeting process, each of which provide a key and necessary opportunity for active citizen sector participation. During both the initial drafting stage, and then the review stage—when the President’s proposed budget is debated, amended, and eventually approved by the legislative branch, stakeholder groups can influence the conversation through testimony at the public budget hearings held in conjunction to these processes. These groups could also lobby individual legislators to prioritize certain issues, or generally call the public’s attention to key issues. Oluseun is facilitating greater openness on fiscal matters in Nigeria by (i) creating the tools to enable those parts of government that would like to be transparent to do so (ii) making government budget data user-friendly for groups who want it, yet have not had a consistent way to access it and (iii) expanding an engaged constituency in government accountability in a sophisticated manner.

Official corruption has consistently been identified as one of the major challenges facing Nigeria today. And the lack of close monitoring of government budgets by the citizen sector is often implicated in the persistence of this crippling national ill, enabling funds to disappear into private coffers with little backlash, while public services remain grossly inadequate. Less than a decade ago, active engagement in the budget cycle was almost impossible, as the national budget process was not clearly defined; a reality which is often attributed to the legacy of non-transparent military regimes. In fact, in many instances the actual budget was not made publicly available. While there are dozens of COs dedicated to promoting government transparency in Nigeria, many often find themselves unequipped to truly influence the conversation because of the complexity in which the budget is presented to them and their low capacity to do the work necessary to dissect it.

More importantly, these same issues make it challenging to be effective during the implementation and monitoring phases, when funds are allocated to the appropriate ministries, departments, and agencies, and then receipts are reconciled and inspection of completed and ongoing projects are carried out by the Budget Office. International best practices call for the citizen sector to conduct its own expenditure tracking and general performance monitoring activities, through the use of citizen report cards as is done in the Philippines. Again, Nigeria is far behind. The Freedom of Information Act, which was finally signed into law in May 2011 after originally being proposed in 1999, should facilitate this process as it gives citizens the right to request operations and expenditure information from all institutions spending public funds. For those institutions not keen to open their books, it is not difficult to bury budget data in complex reports which prove challenging for the citizen sector to dissect and use for their means. Even those institutions, or individual actors within those institutions, who want to participate in bringing greater fiscal transparency to Nigeria often find it challenging to deliver timely and useful data to the citizen sector.

If it is challenging for COs to access digestible budget information, the public’s task is that much more complex. Though fully aware of corruption in the country, the average Nigerian citizen struggles to really engage the issue without the proper tools to do so. This undermines the budget as a living document that changes and evolves.

With the Freedom of Information Act now allowing the citizen sector to ask questions like who was contracted and why was a certain project abandoned, BudgIT provides the raw, yet simplified data to help these groups follow the numbers. To date, BudgIT has processed over 300 such data requests. For example, BudgIT frequently partners with Enough is Enough, a coalition of organizations and individuals whose mission is simply to make Nigeria a better place to live, before they head to the House or Senate for various lobbying initiatives. Fully aware that corruption often starts at the budget, as funds can be attributed to projects that never get done, Enough is Enough has previously found itself without the capacity to closely analyze budget information to form a determined position that would then inform a targeted advocacy strategy.

Further, the citizen sector has generally found it challenging to provide digestible budget information to the larger population in order to galvanize their participation, which is considered key in really bringing about government accountability. Recognizing this, Oluseun has set out to close this gap. At the core of his model is a website that breaks down budget data to its simplest form and uses eye-catching graphics to display this information. The public can engage in quirky games on the website—which has received over 500,000 hits—including one which allows users to cut the Nigerian budget by category and see how much money they have saved. They can also tweet out their “budget cuts.” Twitter is in fact at the core of much of BudgIT’s outreach, sending tweets on various issues in the budget to grab the public’s attention. In twelve months, over thirty articles were written in newspapers that quoted tweets from BudgIT. One story published the fact that the President’s catering budget was set at 1 billion Naira. This led to a public uproar as people started relating this amount to their own lives. The Occupy Nigeria movement also used BudgIT’s tweets in its protests demanding that the government show them that they have taken their own austerity measures in personnel costs, which stands at 54 percent of the budget, as they ask Nigerians to accept the removal of a fuel subsidy, which resulted in higher costs for petrol and food. In both cases, public pressure forced the government to act.

Oluseun’s goal is to show the average Nigerian how government works; this is how it looks. Now, how does it affect me? Wanting the information to be a roadmap to action, Oluseun’s next step is to create a direct link between budget issues a website viewer is interested in with a CO that works on that issue. Already linked into the citizen sector community, Oluseun uses innovative strategies to pull the average Nigerian to his website. He continues to use the media to do this, including a radio campaign that asks, “What would you do with 1 billion Naira?”

Recognizing that there is significant international interest in transparency in Nigeria, Oluseun is pursuing international partners to advance BudgIT’s work. He is in advanced stages of partnerships with the Africa Transparency Intiative, a Pan-African initiative, USAID, Ford Foundation, and the Knight Foundation.

Equally important, Oluseun recognizes that there is actually significant and growing interest within many parts of the Nigerian government and its institutions. As such, he is partnering with those who want to be first-movers. To bring the same kind of transparency to their state budgets that BudgIT has brought to the national budget, he has partnered with the governors of Lagos and Imo States.

Oluseun has always been attached to the idea that data and research can be empowering mechanisms for change—something he credits his engineering degree with confirming. After spending years in the financial sector providing critical analysis of budgets and strategic research to help banks perform better, Oluseun decided to take a risk and apply these same principles to building a better country. Instead of providing analysis to managers of government, he thought the key would be to provide budget analysis to the public. Recognizing that the data does not come alive unless communicated effectively, Oluseun spends as much time focusing on data analysis as on finding creative and relevant ways to present and disseminate it.