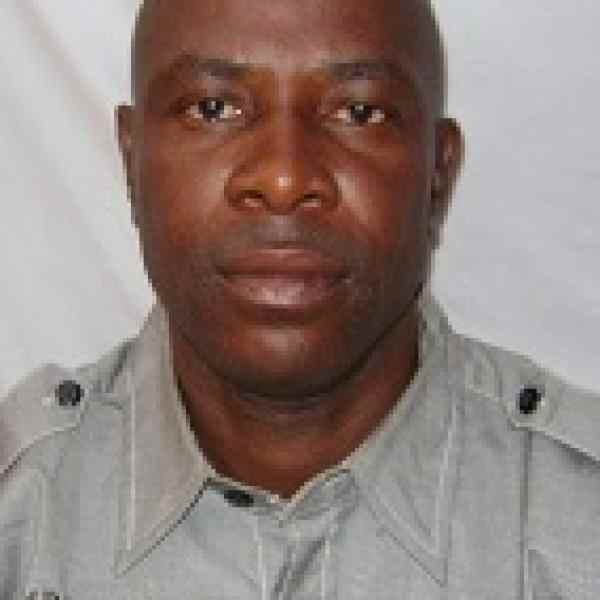 Okezie Kelechukwu is regenerating depleted forest lands and remediating soil quality by mobilizing communities across Nigeria to take charge of land and soil depleted by the loss of forest cover and the proliferation of extractive industries.

Okezie has positioned rural communities to become custodians of their lands and forests. He is using traditional agroforestry practices to create alternative livelihoods for communities, as opposed to timber, artisanal mining and oil extraction, so that there will be no further indiscriminate felling of trees. Okezie works with communities to create their own governing principles and mechanisms to protect the land they live on.

With community buy-in for his ideas, Okezie begins work in a given area by establishing a small nursery. This nursery acts as a laboratory to test different plant species for their appropriateness to the climate and culture. He works directly with community women at this stage since they are largely responsible for agriculture on household land. Okezie works with them to determine what the community will plant, with an emphasis on crop diversity, maximizing returns from crop type, and the nutritional value of produce. Successful seedlings are transported to both communal and household lands and transferred to the soil. The returns from the communal land are used to fund education and healthcare. In this way, the community has an incentive to protect the land and village political structures are used to create laws for its use and penalties for misuse. On household lands, women tend crops that bring in increased returns from the diversification of plant and tree species. Okezie encourages using sustainable agroforestry practices to replete the poor soil quality and degenerated land.

Okezie’s organization, Neighborhood Environmental Watch (NEW), has worked in three communities across two government districts (2008 to 2012). He recognizes the benefits of his solution for a variety of land depletion challenges, irrespective of the cause, and is working through the Host Community Network to adapt his idea for other communities.

Nigeria is losing 400,000 hectares per year in forest cover, making it the country with the fastest rate of desertification in the world. Extractive industries, such as forestry, oil, gas, and natural mineral mining, have resulted in severe depletion of forest cover. This, in turn, has depleted soil nutrient quality and caused thousands to turn from their ancestral lands and seek homes elsewhere as environmental refugees.

Although extractive industries play a considerable role in the depletion of forest cover and soil quality, rural communities have also contributed to these problems. Communities cleared forests to expand agricultural land as the original plots depleted in quality or to increase income through artisanal mining or unregulated oil extraction. Without regulations governing tree felling, community members cleared forests indiscriminately without attention to the consequential environmental damage. The trees that were cut down were never replaced. The tendency to grow dry rice crops required land to be cleared, which degrades the soil because the old plots lie fallow. This, in turn, leads to water stress in these areas, which results in disease and malnutrition. Chemicals were also used to fertilize land instead of natural, organic materials. The negative cycle of forest clearing, chemical use, soil quality depletion, and poverty persists.

Communities were forced to leave their lands or face severe food insecurity as a result of environmental damage, poor soil quality and agricultural yields. After some time, the communities that were approaching environmental issues from different angles (i.e. oil, gas, mining and deforestation), realized that they were all dealing with the same central issue: land depletion. The Host Communities Network, an umbrella body composed of environmental organizations across the country, looked for a comprehensive solution to address this challenge. Agroforestry was once considered a fringe effort, but Okezie’s success has brought it to the forefront as a holistic and systemic solution to address the consequences of many harmful practices.

Communities are receptive to Okezie’s idea because they see and feel the effects of the destruction of their land. With community buy-in, they work together to identify the most pressing needs in the area. A core group of community members (about 200 people) is then selected and trained on basic environmental issues, and more specifically, in agroforestry best practices. Okezie then works with women to establish a nursery where seedlings are tested for climate and cultural relevance. The women help to select species to ensure crop diversity, maximal returns, and nutritional value. Nutritional value is of particular importance, because Nigerians favor a starch heavy diet and in some areas, meat is prioritized for men only. As a result, women tend to suffer from malnutrition and Okezie introduces plant-based proteins into their diet with new crops. He also focuses on tree species that were once indigenous to the area but were lost due to deforestation.

Once the seedlings are chosen, they are transferred to the communal and household lands. Communities are educated on types of soil-enrichment plants and how stress can act as a natural soil rejuvenator. As leaves fall and decay, they compost and become manure over time, this reduces dependence on chemical fertilizers and crop yields improve. After planting in the rainy season, NEW works with the community to fire trace their land and monitor their crops. The crop yields from the communal land are directed toward community needs and projects, most notably for community centers, schools, and healthcare facilities. Household land returns are in the hands of the women who, as a result, have increased bargaining power in their households. The economic return from improved yields acts as a strong incentive for the community to protect their land and forests. The community works together to determine the rules for the protection of land and how to address those who break them. In this way, communities are transformed to protectors of their land. While NEW assists with implementation support throughout this period, the emphasis is on community ownership. As such, NEW’s involvement is reduced over time. Beyond the official project timeline, NEW provides oversight and technical support. NEW also has a volunteer network of over 200 members across the regions. These volunteers routinely monitor and measure the results of communities’ work, thereby building a strong and documented case for Okezie’s approach.

Okezie was recently elected National Mobilization Officer for the Host Community Network. In this capacity, he is invited to adapt and share his ideas with other communities in states affected by extractive industries—lead poisoned land, damage from artisanal mining and so on. Although Okezie has already been invited to spread this work across Ebonyi State, he is leveraging his role in this network to scale his idea across the country. He sees this happening in partnership with local governments. To this end, Okezie has an MOU with the Ministry of Agriculture to establish demonstration plots and nurseries at community development centers in each region of the country. He hopes to have implemented his idea across eight local governments in the next five years. Okezie wants to see a future in which the rate of deforestation is drastically reduced (with legislation to protect the land), the restoration of land depleted by deforestation and extractive practices, the growth of tree coverage across large acres of land, and a significant rise in community incomes through land returns.

Okezie grew up in serene and idyllic rural environments. As the son of a clergyman, he moved from community to community as his father was transferred for missionary work. Okezie’s father’s love of nature and agriculture instilled in him a deep respect for the environment. He sees an intricate tie between a life of love and faith and how we treat the natural world.

Okezie qualified as an environmental archaeologist and through his studies, understood that many civilizations’ declines could be correlated with their misuse and abuse of the natural environment. He eventually came to the realization that when mankind destroys nature, mankind is destroyed.

After his studies, Okezie returned to Ebonyi State and learned how the land had been degraded due to harmful farming practices and indiscriminate artisanal mining. He explored solutions to this challenge by drawing on his knowledge of agroforestry.

Okezie soon realized that land depletion was an issue across Nigeria (visible in different regions, such as Zamfara and Calabar, for reasons of mining and oil extraction). He quickly rose up in the Host Community Network as a leader with a comprehensive and documented solution to this challenge. Okezie is now working through this network to spread his idea and partnering with legislators to move environmental protection policy forward. Okezie is an avid writer and a nature poet, with several publications.