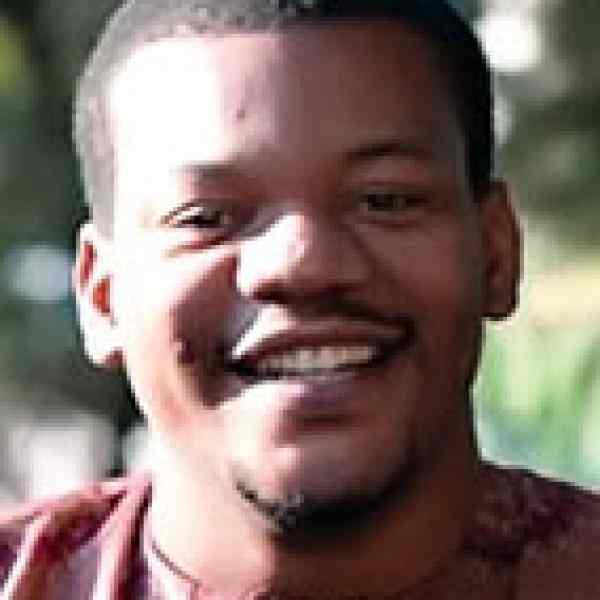 Nnaemeka Ikegwuonu is improving the incomes of smallholder farmers through a people’s owned community radio system that disseminates local knowledge on best practices in agriculture.

Nnaemeka has developed a sustainable community owned and managed radio through which farmers can share knowledge with each other. While community radio has flourished throughout the West African sub-region, Nigeria has not yet been able to leverage the potential here and propel development. Until now. Nnaemeka’s new radio program engages listeners and tackles an important problem: Agricultural productivity has steadily declined in the decades since the discovery and exploitation of major oil reserves. Targeting smallholder farmers, Nnaemeka empowers them by giving them a voice and ownership in the project, validating their indigenous knowledge, and providing fast access to markets and thus eliminating middle men.

Nnaemeka also disseminates important environmental information, highlighting the importance of protecting nature and its close link to agricultural productivity. He does all this through rural farmers’ listening clubs. Clubs gather around the radio, listen to Nnaemeka’s programs and record their discussions, later airing these for other listeners. They also leave questions for experts using voice mail when necessary. In order to ensure sustainability the community radios charge a small fee for community announcements such births and obituaries, and use solar power to reduce operational costs and dependence on the unreliable national power grid. The radio is directed and managed by a board comprised of the community stakeholders.

Seventy percent of Nigeria’s population is engaged in subsistence agriculture based on shifting cultivation. In Imo State alone, 2.5 million people depend on agriculture for their livelihoods. But over the years government funding for agricultural extension services has dwindled, reducing agricultural productivity and incomes, lowering food security, and pinching smallholder farms especially in remote and isolated areas.

During the 1960s agriculture contributed 61 percent to Nigeria’s GDP. But the impact of economic distortions caused by the oil boom of the 1970s led to a significant drop in the contribution of agriculture to GDP: By 2005 this percentage had dropped to 22 percent. Current estimates suggest that at least 68 percent of the total population is living below US$1 per day and 92 percent of the entire population lives on less than US$2 per day. Fifty percent of those living below the poverty line are rural dwellers.

With Nigeria’s public spending on Agricultural Research and Development less than half a percent of its budget, and the rate of Official Development Assistance to Agriculture at just over half a percent, millions of smallholder farmers in Nigeria slide into poverty every day, and agricultural productivity per unit of land continues to decline. For example, cereal production has only increased 1.7 percent since 1990. Agricultural extension services, once the cornerstone of government efforts to increase smallholder farmers’ productivity, have collapsed. Corruption and low budgetary allocations have led to a lack of inputs such as vehicles, demonstration kits, improved seedlings, fertilizer, and qualified manpower.

In 1980 there were attempts through the Agricultural Development program to combat this problem by setting up Agricultural Development and Market Information Systems. In Imo State the effort failed after just three years due to the poor quality of the data collected, low frequency of information updates, lack of translation, and long turn around times that meant time sensitive information like market prices did not reach rural areas in time to be effective. Attempts to use the radio to reach farmers were ineffective because they were all in English.

In January 2007 the government announced that it would be putting community radio at the center of plans to liberalize the airwaves, but a report by the Global Information Society in August of that year rated Nigeria last in the development of community radio in West Africa. Out of a total of 246 community radio stations in the region, Nigeria had only one and it was not owned or managed by the community, but rather by commercial interests that operated at the community level.

Nnaemeka first encountered the problems faced by rural farmers while working for a citizen organization in southern Nigeria. He realized what these farmers needed most to improve productivity was information. He also realized that what they needed was not necessarily more agricultural inputs; he discovered that information alone could have huge impact on their productivity at a reasonable cost. Despite the unprecedented ICT development in the past decade, radio remains the one medium that can reach the largest number at the lowest cost in Africa. He started work in three rural and predominantly agrarian communities in Imo State by encouraging small-scale farmers to form groups that he called The Smallholder Farmers Rural Radio Listeners Clubs.

After careful research and a number of training programs he designed a model for a community-based radio that would be owned and sustained by the communities themselves and not be dependent on donors or outside expertise. He applied for a radio license from the state government, surveyed the farmers listeners groups to design programming, included a sustainability component to the project, and started training the community members to manage it. In August 2007, having been granted a license the first community-owned radio station, he started broadcasting for four hours a day to five communities in Imo state reaching an audience of 350,000 listeners.

The design of the project is totally reliant on the community for implementation. Listeners send in questions and share stories about successes they have had while farming. In order to ensure that they also had a reliable, timely, and trustworthy source of information about market prices, Nnaemeka also included an accompanying e-smallholders Internet outlet. The radio station is managed by the community through an advisory board and a designated person is trained to operate the transmitter. Each community is required to pay a nominal fee for the transmitter, which is the only external output that is necessary at this time. The transmitter is powered by solar power to reduce operational costs.

Programming includes a question and answer segment, a conservation education program to raise awareness about environmental conservation, a program where farmers share their local and indigenous knowledge with other farmers, and a segment that announces current market prices and demand. Local information networks provide access to daily, weekly, and monthly market information from a wide variety of local partners. As part of the sustainability plan, airtime is also available for social announcements of births, marriages, birthdays, obituaries, and community festivals at a small fee that is determined by the community stakeholders themselves. Nnaemeka is planning to publish and sell a pamphlet series from the programs to generate additional income.

Nnaemeka will replicate his idea for community radio through a franchise system distributed through the Smallholders Foundation, the organization he registered to implement his idea. He expects that through the franchise system he will be able to maintain standards and the social focus of the idea, as well as ensure that the cost to the beneficiaries remains affordable and that the radio programs are always relevant. Political and partisan programming will be excluded as part of the operational memorandum of understanding that each community signs when setting up the radio. Nnaemeka expects to have expanded to at least five states in Nigeria in the first three years of his project.

Nnaemeka’s family has always farmed even though his father, a university lecturer, was financially secure. All the children farmed after school, and were also involved in raising poultry and breeding cattle. They developed a love for agriculture and animals. Growing up Nnaemeka had a dream to be a journalist. In high school he formed a debate club and with a group of friends regularly developed pro-poor programs that they could implement in their local community, often using surplus resources that they got from their parents. Unfortunately for a variety of administrative reasons he did not get to major in his preferred field of journalism. After school he worked in the citizen sector where he worked closely with farmers and came to appreciate their problems while growing increasingly alarmed at their decreasing productivity and increasing poverty. After an extensive period of learning and participatory exploration he combined his two passions—farming and journalism—to develop his idea and create the Smallholders Foundation.