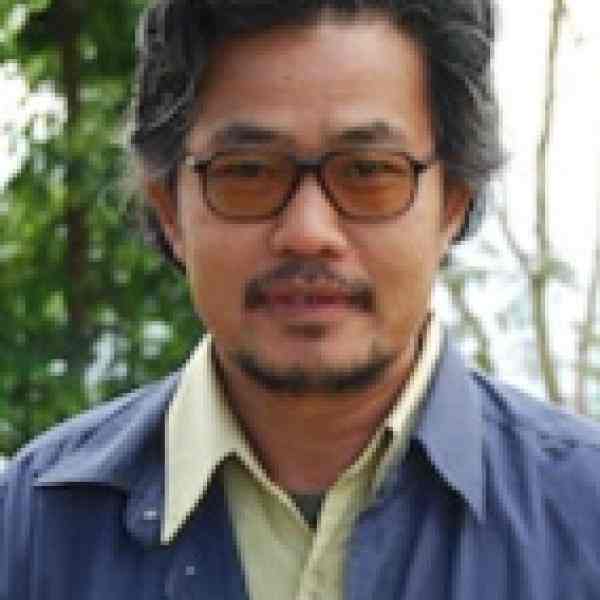 Nikom Putta works with small communities to create locally designed and implemented environmental regulations. His objective is to develop a model for grassroots managed development that strikes a balance between the conservation of natural resources and the needs and aspiration of local communities.

Nikom Putta believes that the best way to protect large natural resource areas that encompass many small townships is to take a locally based, cooperative approach. Townships must work together under mutually agreed-upon management rules to preserve resources they hold in common. Nikom has therefore developed a mapping project that demonstrates the necessity of cooperation and encourages communities to understand all of the demands placed on their local resources. To follow up, Nikom organizes meetings between communities, and helps them negotiate conflicts of interest. His aim is to help them codify regulations on resource use, the effects of which will be felt downstream.Nikom believes that once developed, his system of community cooperation will serve as a model to spread to the management of other Thai resources.

The Upper Ping River Watershed Area covers three districts of Chiang Mai region (which includes the most important large city in Northern Thailand). Approximately 280,000 people of various tribes (primarily Musso, Lisaw, Karen, Igor, Hmong, Kachin, and Palong) live in this area. Most local residents are farmers, and therefore rely heavily on the forest, wild animals, and other land and water resources. The natural environment of the Ping River watershed area has been seriously damaged and depleted due to human activity. Deforestation is a serious problem, the river is unhealthy, and the water quality is poor. No effective strategy has yet been devised to protect the river and its ecosystem from systematic destruction.

Many of the region's significant natural resource areas are under a government protection plan which prohibits local people from using the resources adjacent to their townships. The government's protection zones create immediate conflict over resources between officials and local people. Moreover, they are relatively ineffective: villagers often intrude anyway, poaching is common, and those who guard the resources are often corrupt and gain personally from conflicts.

Areas not under the protection of the government or the Royal Forestry Department are held by local villages through a system of common ownership. Many different communities often own or control parts of the same watershed or forest area, and this sharing has its problems: none of the villages has much individual incentive to protect the shared resources. As common owners compete to harvest resources, the areas are depleted of all valued materials. Because there are no explicit, consensual restrictions limiting resource depletion, these areas have become free-for-alls. This phenomenon is frequently known as the "tragedy of the commons," and it occurs to an even higher degree when the resource is spread between many communities.

Locals often do not understand the relationship between the environments of the highlands, forested hills, watersheds, and rivers. Many people fail, for instance, to grasp the impact of their destructive activities on communities living downstream from them. Educating people about these issues is all the more urgent now, since a recent change in the constitutions of local governments has opened a window for new solutions to the impending ecological crisis.

Nikom starts by helping local communities see the damage their activities (such as tree-cutting, soil erosion, and water pollution) wreak on other communities downstream. He challenges community members to draw maps of the region showing their community resource base and identifying who else it supports. Through this elementary mapping exercise, Nikom demonstrates that as many as three or four villages share natural resource areas. Once the extent of competition for resources is revealed and the alternatives discussed, it becomes clear that the different villages will have to work together to protect and maintain their shared natural resource base.

In each village, Nikom talks with individuals who have shown an interest in environmental protection. Most of these individuals are senior members of the communities who are not involved with the environmental destruction. They tend to be well-respected for their wisdom and subsequently become members of Nikom's core group. These core members are helpful to Nikom's work in two ways: first, they keep him up-to-date on what happens in the villages and second, they help plant and spread new ideas agreed upon in the core group or introduced by Nikom.

Nikom promotes dialogues between community groups and individual villages that share the same resource base with the goal of developing a consensual, locally developed management plan. He also initiates alternative development projects for local communities, including social, infrastructure, and agricultural developments and income-generating projects. Finally, he helps communities tap resources at the national level to sustain their local projects. Because he is from a local farming village, Nikom is considered an insider. This allows him to work well in the village setting and resolve conflicts when necessary.

Nikom's work will benefit millions of people who use and rely on the Ping River for their survival and way of life. He is spreading his idea to the central part of Thailand where the Ping meets the Chaopraya River. This waterway is the heart of Thailand's river system and feeds the entire central region of the country. Nikom's locally based management system will protect not only the river, but also all the natural resources which contribute to the river's health (the forests, soils, and plants). This will have enormous benefits for communities in the watershed that rely on shared natural resources to survive.

One of seven children born to a landless farming family, Nikom was sent away to live at the temple when he was fourteen years old. Despite being one of the best students at the temple, when he was about twenty he left to farm with his family for one year. He decided there was no future in farming and left for Bangkok, where he worked in a furniture factory and continued to study on the side.

Nikom soon grew dissatisfied with city life. On a field trip to Khao Yai National Park, he decided that he wanted to work there because he missed the natural surroundings of his home. He quit his job at the factory and became part of the labor force at the park, sweeping up garbage and doing menial tasks. While working there, Nikom initiated a garbage-sorting project. At the park's entrance, he provided each group of tourists with two well-designed garbage bags, one for dry garbage and the other for wet garbage. The tourists returned the bags to rangers on their way out. This project significantly reduced daily waste in the park.

Later, Nikom completed a three-month training course and became a ranger at the same national park. He was concerned, however, that all the training he received had to do with guns, violence, fighting, and catching poachers. He began to disagree with the role other rangers played in fighting local people to keep them out of the park. He wanted to work with local people on protecting the resources rather than working against them. When Nikom became more outspoken about the park's problems, he was forced to leave.

Next, Nikom found a job with World Wildlife Fund International of Thailand, where he has worked for ten years. Shortly after starting his new job, he returned to the national park, this time through a Wildlife Fund of Thailand community forestry program for local people. This time, he had a chance to develop his own projects and learn a great deal about the relationship between deforestation and poverty, and the need to work with local people to address resource issues.

Nikom's life has been threatened and members of his staff have been killed in recent years due to their work to protect the forest. The threats and danger are a sad reality and, to some degree, a measure of his success. Despite the risk, he is now setting up his own organization to work on the Ping river ecosystem.

Nikom has been married for two years and has a one-year old son. His family lives very modestly on a plot of land given to them by his wife's relatives.