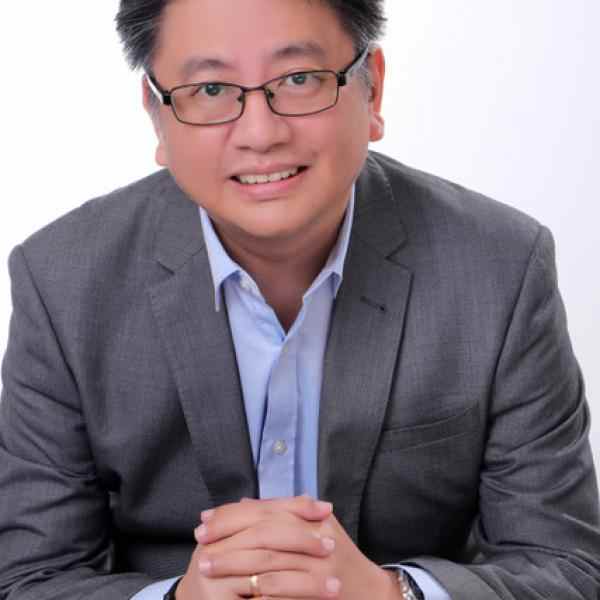 To make conservation accessible and effective, Aldrin reimagines a science-based natural resource management in the Philippines as one where everyone can participate through an enabling environment that demonstrates new ways of seeing and working together across disciplines.

Aldrin empowers Filipinos who are burdened by the conservation problem and feel helpless to do anything about it. Aldrin’s approach to a more effective conservation sector in the Philippines is to develop new tools that equip natural resource managers across private, public, and citizen sectors to act collaboratively as science-driven decision-makers. By widening the circle of conservation from a field traditionally only effectively influenced by academics and non-profits to include leading businesses, national government, and citizens, he removes the barrier of the conservation agenda being too daunting and overwhelming for non-experts.

Aldrin’s approach to innovating conservation can be broken down as an interplay of a triadic approach: 1) improving conservation science by creating accessible and participatory pathways to collect and understand data; 2) improving conservation practice through cross-sector partnerships that share the burden of conservation with different stakeholders; 3) developing the next generation of innovative conservation changemakers. Aldrin bridges a technical understanding of the tools and concepts in environmental science with an understanding of how values and feedback responses influence decision-making. Together with partners and collaborators, he is bringing together cutting-edge science and inclusive science-driven governance strategies to create a safe operating space for biodiversity and people. Through this new approach, CCIPH is leading a consolidated effort to boost management capacity, available funding, proper governance, and access to technology, and up-ends the barriers that are slowing down conservation efforts.

The Philippines already has many legal frameworks in place, with 20 environmental laws passed and a push to grow the environmental jobs sector through the Philippines Green Jobs Act that is aiming to build a green economy. Despite these developments and about 14% of Philippine land now being classified as legally protected areas, primary forests are still continually degrading at around 9,000 hectares per year since 2011 and marine ecosystems have experienced a biodiversity loss of 29%. These numbers illustrate that the strategies on paper and policy have not been translating well on the ground. Those working in the field of conservation feel helpless due to the growing scale of the problem and the lack of support to innovate for solutions as conservation wins are few and far in between. For example, a main driver of insufficient Protected Area (PA) management is the lack of proper data collection capacity and the poor transfer of understandable

and actionable knowledge to empower natural resource managers and governing bodies to make science-based decisions in protecting the areas. Natural resource managers in the Philippines range from civil society organizations, like indigenous tribes and non-governmental organizations, to large companies and government agencies. With the lack of data and supports, they often enact programs or activities that aren’t actually improving biodiversity conservation and at times make things worse.

A growing number of Filipinos believe more attention should be paid to the climate emergency. However, even though the accelerated loss of biodiversity is a main driver of the climate emergency, a 2020 nationwide survey “Perceptions on Philippine Conservation,” saw Filipinos ranking biodiversity loss as a low-priority environmental issue compared to issues like plastic pollution, which ranked number one. One reason for this dissonance is that, unlike the plastic problem where citizens feel capable to do something about it like rejecting single-use plastics, most Filipinos don’t see a clear and tangible way to contribute to biodiversity conservation. To add to the problem, being an environmental defender in the Philippines is a difficult and dangerous job to pursue. In 2021, the Philippines topped Asia’s list for 8 years in a row as the deadliest country for environmental defenders and ranks third deadliest worldwide, just below Colombia and Mexico. This has led to fear and decreased participation by the next generation of potential conservation workers.

To reverse poor PA management in the Philippines, a boost of actionable and accessible scientific data should empower natural resource managers to make effective decisions and plans, sectors that are left out of or competing with conservation needs to be brought in to make conservation a workable and desirable agenda, and young people need a safe pathway wherein they are empowered to contribute towards conservation goals.

Aldrin founded the Center for Conservation Innovations PH (CCIPH) as the leading interdisciplinary effort in the country to advance science-based insights, tools, and decision-making frameworks that co-create conservation solutions with a wide range of actors from different sectors such as civil society organizations, government agencies, business leaders, and a next generation of conservation changemakers.

Beginning with the premise that there is a dearth of quality scientific data and analysis, Aldrin is working to improve capacity to gather and analyze baseline ecological data by co-developing tools with different partners from the public, private, and citizen sectors. The tools act as both a reliable foundation to improve conservation science and to strategically transform mindsets of partners who stand to influence conservation the most.

While CCIPH employs a portfolio of conservation approaches, the best examples of Aldrin’s strategy working from end-to-end are his climate change mitigation and citizen science-centered biodiversity monitoring initiatives. Mindful that global and national data both point to the private sector as a key leverage point towards positive impacts on the environment, in 2017, Aldrin secured a partnership with The Ayala Group, the Philippines’ oldest and largest conglomerate, to work on emissions reduction initiatives that leads to a carbon-community-biodiversity balanced offset system . Aldrin co-initiated and co-designed the Mindoro Forest and Biodiversity Conservation Programme with the Ayala Corporation. The Programme generated a vast amount of quality conservation data, assessed biodiversity alongside socio-economic factors in Oriental Mindoro, established a forest carbon baseline inventory and determined emission reductions potentials.

The partnership with Ayala also demonstrated such enormous impact that it shifted the perception of other private sector initiatives. The carbon-community-biodiversity balanced offset scheme is groundbreaking for other companies and communities hosting their own emissions reduction, reforestation efforts. The promising results from the Mindoro Programme influenced the shift of the entire Ayala Group’s CSR Agenda to prioritize conservation as their main advocacy focus. In 2018, the Ayala Group launched a long-term initiative called Project Kasibulan, a nationwide reforestation and forest protection initiative that will seek to offset the group’s internal carbon emissions while protecting the environment and developing local communities. The project brings the Group’s employees as volunteers in high-value reforestation sites under the Ayala Group’s portfolio. The presence and commitment of Ayala in these sites brings education and livelihood supports for 651 local community partners through improving indigenous crafts, establishing internet access, and connecting local production to digital and physical markets.

Complementary to the wins gained with the Ayala Group, Aldrin designed and developed a Mobile Biodiversity and Threats monitoring protocol called the LAWIN system that was adopted by the Department of Environment and Natural Resources (DENR) in 2017. The system increased the capacity of the department to monitor Protected Areas by ten-fold, or from only 700,000 hectares to 7 million hectares per year. Before LAWIN, the DENR’s monitoring system was slow and outdated due to being mostly paper-based and dependent on experts. After LAWIN’s launch, data could be collected by trained local natural resource managers and be updated regularly and seamlessly. With the promising results of the LAWIN partnership, CCIPH is now leveraging DENR to co-develop a carbon accounting, verification, and certification system for forest carbon projects policy to be implemented nationwide. The policy initiative will incentivize decarbonization and is being supported by the Ayala Group and other business leaders who have partnered with CCIPH on developing Low Emissions Strategies, such as the Energy Development Corporation and Shell. In addition, Aldrin has also worked with international organization such as GIZ and UNDP, leading local corporations and corporate foundations towards identifying high conservation value areas and actionable work plans to mitigate the impacts of businesses to natural resources, biodiversity and communities.

Throughout these key partnerships and developments, Dr. Aldrin sees innovative conservation leadership as contingent to success. He is providing pathways for the youth within and outside the conservation sphere, to collaborate and develop their own solutions. In the projects with DENR and Ayala, young conservation scientists from CCIPH were instrumental in developing the carbon-community-biodiversity balanced offset scheme and improving participatory biodiversity and threats monitoring systems such as LAWIN system. Previously, many young environmental scientists in the Philippines would have to climb up the ladder and it would take years or decades for them to hold positions to influence decisions and solutions. CCIPH is breaking this pattern and is creating earlier access for young conservationists to be able to roll-out solutions and encourage conservationists in general to go beyond their work in the forests and labs. Hyper-committed to making conservation science and practice more accessible, he is orchestrating for more citizens to be able to go beyond advocacy campaigns. In 2019, Aldrin and CCIPH started a citizen science initiative called BioMon. Leveraging the successful LAWIN system launched with DENR and the shared challenge of gathering data to monitor millions of hectares of protected and biodiverse areas, Aldrin and his team designed the BioMon application to be user-friendly and intuitive, inspired by GPS navigation applications like Waze or Google Maps. Through this application, citizens contribute important biodiversity data and assist non-governmental agencies and community groups in accessing information that can inform their science-driven decisions as natural resource managers.

Dr. Aldrin projects that in the next decade, his work in CCIPH will be able to produce the missing sustainable local ecology of natural resource management evidenced by: 1) tested and proven science-decision tools such as the high conservation value areas assessment toolkit and citizen science-based monitoring systems 2) a pipeline of stakeholders who are adopting the tools and implementing or influencing conservation policies, 3) a growing local community of conservation changemakers increasing capacity and support to other natural resource managers facing conservation challenges and issues and 4) Filipinos outside the conservation space feel empowered and unafraid to contribute to conservation.

Aldrin is a conservationist with deep motivations rooted in social justice. In his youth he spent a lot of time volunteering in church-based activities such as youth catechism, and other social work. In college, Aldrin became a student activist and was drawn to the natural sciences. Eventually, his activism was transformed to nature and biodiversity activism. For Aldrin, his involvement with school-based organization such as the League of Filipino Students, Symbiosis: The UPLB Biological Society and the UPLB Mountaineers ignited in him an interest in biodiversity as not merely a hobby or something academic – it could be in pursuit of social justice.

While working in Flora and Fauna International and pursuing his doctorate, Aldrin realized that Protected Areas system in the Philippines are unsuccessful in addressing the drivers of habitat and biodiversity loss. Aldrin pushed for innovations that would identify new or better places to establish Protected Areas based on biodiversity distribution and perceived socio-cultural value, revealing a growing mismatch in the country between existing Protected Areas and key sites for biodiversity. Beyond putting a spotlight on the mismatch through scientific papers and policy recommendations, Aldrin zeroed in on the crop of local natural resource managers who lack the capacity to manage biodiverse areas adequately. This lack of sufficient conservation knowledge and capacity driving poor natural resource management is what spurred Aldrin to create the Center for Conservation Innovations Philippines as a local non-profit that will enable the transformation of protected area management and biodiversity conservation through consolidating and brokering conservation capacity, innovations, and successes across sectors in society.