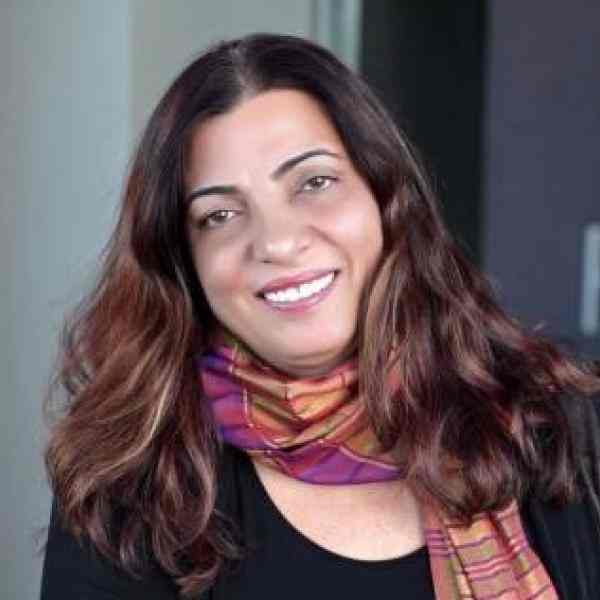 In a region where abuses to women have a long history and where change comes slowly, Nebahat has launched KA-MER, an organization that both responds to women's immediate and critical needs and increases awareness by women of their rights as citizens, wives, and mothers. Nebahat works within the local culture and language, addressing the specific needs of women and families, and empowering women to reject their second-class status and believe in themselves. Her center provides women with such services as counseling, daycare, and employment opportunities to help them achieve financial independence and gain self-respect. While focusing on women, Nebahat also works with husbands and families to encourage broad acceptance of women as independent wage-earners and citizens capable of valuable contributions to society.

Other organizations have attempted to address the problems associated with gender inequality and abuses to women in Turkey; however, Nebahat is the first to design and implement a successful strategy in southeastern Turkey. Where other organizations have failed - most notably, in their failure to adopt a locally-based, culturally-sensitive approach - Nebahat has been remarkably successful and is currently working to expand her program to other areas in the region. By eventually reaching many more villages, she hopes to strengthen the democratic systems in a region where poverty, male sovereignty, and on-going political turbulence have long surpressed democratic processes.

Southeastern Anatolia is much less developed economically, industrially, and in terms of educational standards than other regions of the country. Successful strategies for social change therefore require great knowledge and sensitivity both to the specific challenges of the region and to the character and traditions of the people who live there. The political turbulence in the Kurdish region where Nebahat works surfaces as a further complication for social change advocates. From 1984 to 1999, the war between the militant PKK (Kurdish Communist Party) and the Turkish national military exacerbated abuses to and neglect of the Kurdish people and wrecked their economy. South-eastern Anatolia is a predominantly rural and agricultural area and many people have not had the opportunity for any type of formal education. Other than the recent government-sponsored GAP project (which does not extend to Diyarbakýr), there has been little investment in this region.

Especially in Anatolia, strict religious and cultural mores and beliefs support and require women's subservience to men. These mores are so ingrained in in the culture that many women unthinkingly accept the prevailing belief that they are inferior to men. Women do not, on the whole, see themselves as active participants in the democratic process and they are frequently denied access to education. Furthermore, abuses such as domestic violence, rape, and incest are widely accepted. In 1996, the UN reported that 58% of women in Anatolia had been physically assaulted by either a parter or family member. Young girls are sold into marriage; women whose honor is in question are customarily murdered.

Many women's rights workers have attemped to lessen the oppression of women in south-eastern Turkey but have failed to do so. Unlike Nebahat, they do not live the problems the local women live on a daily basis and most do not even communicate to native women in their own Kurdish languages. While well-intentioned, many groups from outside the region have promoted politically radical agendas and have proved too threatening to attract or affect large numbers of supporters.

Nebahat's inspiration for KA-MER began while she was working in an Istanbul-based human rights organization. There, she worked on a survey for the south-eastern region that included questions relating to marriage, inheritance laws, and literacy. She found the results of the survey appaling, and resolved that an independent approach focusing on women would prove most effective.

From this beginning, Nebahat launched KA-MER with a small grant. To cover the center's operational costs, she designed and implemented income-generation programs which also employed women, enabling them to gain financial sustainability independent of the men in their lives. She opened a restaurant within a year that serves home-style cooking. Last year, in 1999, she opened a nursery to meet the childcare needs of women who come to the center for consultations or for group training. This nursery has become one of the exemplary nurseries in the city of Diyarbakýr. This year KA-MER is piloting a program to provide care for "street children," children who may have a home but spend their waking hours selling items on the streets.

For victims of abuse, KA-MER provides an emergency information hot line as well as a range of legal and psychological counselling services for women who seek refuge or other help. To date, approximately 600 women have accessed the hot-line service. The group of lawyers initially hired to advocate the rights of victims of abuse and to provide legal counseling have formed a legal coalition which now provides pro bono assistance for Nebahat's clients. Currently, KA-MER does not provide shelter for women in need, but Nebahat hopes to provide this service in the next three years.

KA-MER facilitates group learning and consciousness-raising for women. These groups, consisting of fifteen women each, meet for ten weeks to discuss a range of topics tailored to women's needs and circumstances, including: human rights, democratic participation, leadership, education, and domestic violence prevention. To date, 420 women have participated in these group sessions. Additionally, KA-MER provides professional development opportunities to women. For example, Nebahat recently sent ten women to a university in Istanbul for a ten-day course on making documentaries. She hopes that the participants will not only gain valuable skills, but will produce training and educational films on human rights abuses in Anatolia.

This nursery has become one of the exemplary nurseries in Diyarbakir, and they now accept children on a regular basis. This year they will pilot a program to take in several street children.While there are other daycare centers in Diyarbakir, they tend to operate without a planned program to meet the educational and early development needs of children. Nebahat's daycare is staffed primarily by women who participate in the center's training and counseling programs. The staff focuses on developing children's potential at a young age through games and other activities and on encouraging boys and girls to participate in traditionally gender-specific roles (i.e., boys are taught to help with setting the table and preparing meals). Nebahat opened the daycare part of her center after her futile search for existing quality day-care programs for the center's female clientele. In designing a curriculum, she has incorporated early education programs from Europe and elsewhere to ensure that children grow into well-rounded, open minded, thinking individuals. Last year, the program provided care for twenty children ages infant to seven; this year, the number of enrolled children has risen to forty-five.

While KA-MER is receiving national recognition, its impact on the women of Anatolia is particularly compelling. Nebahat finds that her time is increasingly spent on helping to advise or establishment of other, similar centers in the Anatolia region. She has approached several women leaders in Urfa and Batman, other cities in the south-eastern region, with the aim of helping establish centers there. She believes that she can train women to run other centers similar to KA-MER but knows that they will be successful only if they are headed by local women leaders who can accommodate the sometimes subtle, sometimes glaring cultural differences even a space of 50 km brings in south-eastern Turkey.

Nebahat began teaching elementary school when she was seventeen. After teaching for twenty-two years, she turned her attention to the systemic problem of women's rights in this poor region of Turkey.

Nebahat's personal experiences serve as the foundation for work in this critical geographic and issue area. She lived through a fifteen-year war in which her husband was arrested and later killed. His mother, who spoke only Kurdish (forbidden in public spaces), was not allowed to speak with her imprisoned son before his death. Nebahat herself was imprisoned for a brief period and was she was tortured and sexually abused. These experiences have contributed to Nebahat's relentless drive to effect change in this most difficult region. While she is concerned with and knowledge of human rights issues broadly, she started KA-MER in response to the realization that women suffer specific abuses, especially in this region. National and international communities recognize and respect her work with gender and human rights in this difficult region.

Nebahat has two children: a son, 25, who is a doctor and a daughter, 21, who is studying to be a lawyer.