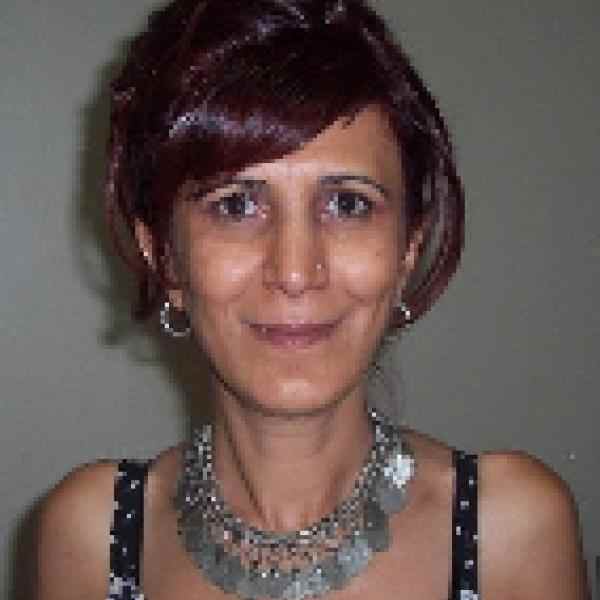 Turkey
Note: the following Fellow is on sabbatical from the Fellowship. Should you have any questions regarding this Fellow, please feel free to contact us here.

Naside Buluttekin is helping Turkey’s poorest urban neighborhoods combat a trend of rising crime by setting up daycare centers where mothers work with their own children. This creates a supportive educational environment for the children most likely to become involved in crime later in life, and gives the women a sense of purpose and community.

Naside works in neighborhoods that have large populations of Kurds who have been uprooted from their original homes. Poor and isolated, these districts have the highest crime rates in all of Turkey. Naside is going to the root of the problem, by reaching children before they become detached from their families and involved in crime. She is empowering displaced Kurdish women and their children to regain control over their lives at free, parent-led childcare centers, which provide a positive early environment for children at risk. Children’s early years are critical to their development as people, and Naside’s idea is based on the understanding that parents play a crucial role during that time. By involving mothers in formal childcare, she is strengthening families and communities in places where both have been undermined by poverty and instability. Her “Neighborhood Moms” program benefits families by providing a safe and nurturing environment for children and giving mothers both parenting resources and a sense of worth. In addition, Naside uses the centers to provide mothers with seminars on literacy, women's rights and reproductive health. These mothers then conduct outreach in their own communities, widening the effort to reduce crime amongst young people.

Since the early 1980s, southeastern Turkey has been marked by political turbulence. A 15 year conflict between Turkish security forces and armed Kurdish groups displaced nearly one million Kurds. Many of those fleeing their villages settled in the nearby provincial cities of Diyarbakir and Batman. Others found refuge in the larger urban centers of western Turkey. But instead of being absorbed into the urban fabric, the refugees ended up creating their own settlements on the outskirts of town.Nearly two decades after the end of the armed conflict, these communities are still mired in poverty and unsanitary living conditions. Women in particular struggle to get by. Parents, many of them quite depressed, are often unable to adequately care for their children. Nor can they afford to send them to school. Many kids, therefore, end up on the streets, either earning money for their families, or becoming involved in crime and prostitution. In Turkey as a whole the population of young people has boomed, while economic opportunities have decreased, leading to a nationwide crime wave among the young. Diyarbakir has Turkey’s highest rate of crimes—such as petty theft and even assault—perpetrated by children. There is evidence that the majority of children committing crimes in the bigger western cities of Istanbul, İzmir, and Ankara come from the Diyarbakir region. Furthermore, children in the area are at risk of exploitation, including kidnappings by gangs.While many institutions have attempted to solve the problem of violence in the region, none have had a significant impact. Their focus thus far has been on older children, many of whom have been involved in criminal activity for years. National entities, whose employees don’t speak the local language or understand local cultural norms, have not accurately identified community needs, nor come up with solutions that fit. The larger context for this failure is the longstanding political controversy in Turkey over the issue of Kurdish migration. The question remains of how to prevent young children from starting out on a path towards crime. Eighty-nine percent of children enter primary school without any preschool education. Virtually all preschool education in Turkey is paid for by parents. Preschools for kids with living parents can only be opened by private donors who are licensed by the National Education Ministry. School fees are high even for middle class families; early educational opportunities for poor children are virtually nonexistent. The only existing free preschool in the country is a summer program for six-year-olds run by a major foundation for women and children’s development in Istanbul.

Naside is involving mothers in a new childcare system, which empowers parents to become actively involved in their children’s education and fosters grassroots participation in an area where such social initiatives have been lacking. In order to understand the problem, Naside and her volunteers began by going door-to-door to over 1,000 homes to create a “map” of the challenges facing her target neighborhood. She spoke with teachers, principals, families, and others affected by crime. This helped her get acquainted with the community. She realized that the central government’s attempts to solve the area’s problems weren’t adequate, especially since they didn’t involve parents or very young children. She convinced the governor of Diyarbakir and officials at the Ministry of Education that making preschool available to the poorest families was an important part of the solution. Although free preschool education is technically a violation of local regulations, Naside was granted an exception.This lay the groundwork for two Light for Hope cooperative daycare centers, which Naside founded in 2002. They are located in Fatihpasa, one of Diyarbakir’s poorest and most crime-ridden neighborhoods. Working with local women, she began by recruiting children up to age six. Although she visited prospective families alongside volunteer teachers, who described the education the children would receive, she found that parents initially sent their children because the center offered free meals.Naside involved mothers in designing a curriculum to meet their children’s educational and early development needs. In addition to age-appropriate academic preparation, the curriculum also focuses on preventing kids from becoming criminals later on. Naside and other teachers use games and theater to show the negative effects of petty crime and violence. The centers also help kids learn useful skills, such as tying their shoelaces, answering the phone, and helping their mothers in the kitchen. Elementary school teachers report that children coming from Light for Hope childcare centers are well prepared academically and adapt easily to their new schools.Light for Hope is also a place where women can convene to identify and discuss their problems, design solutions, and learn from one another. This has had a dramatic effect on the participants, reducing their social isolation and motivating them to better their own lives and those of their children. With this in mind, Naside designed an outreach system she calls “Neighborhood Moms.” Each mother is responsible for a section of her neighborhood, where she visits families to discuss their problems and invite them to the center’s events. The new mothers often become involved in Light for Hope’s activities, and many end up working at the center, where they do everything from cleaning to purchasing milk for the children. Local women are actively involved in the day-to-day management of the organization, which has a transparent governing structure. This experience is empowering; it shows women that they have the capacity and skills to be successful. Light for Hope has offered training sessions on reproductive health, legal rights, and family life to over 1,500 women. Around 30 of these women form the core staff. More than one thousand children have enrolled in the two centers, most of whom come with their mothers. Naside’s priority remains to serve the poorest families in the community. Naside launched her childcare centers with small grants and volunteer teachers. In 2006 she convinced the National Education Ministry to pay the teachers’ salaries. This is part of her collaboration with Turkey’s National Education Ministry and Social Services and Child Protection Agency. Now, to cover their operational costs, she has begun raise money by making and selling candles and by recycling paper from state offices for profit. Light for Hope is the first not-for-profit cooperative in Turkey to reinvest any income it generates in the cooperative’s activities, rather than distributing it to members. She is in the process of raising money so Light for Hope can move to a larger facility.Naside’s future plans include following children who have attended her centers as they grow older in order to gauge the effectiveness of her programs. She is tracking the “graduates” from the preschool through their mothers and teachers. Although she is developing programs for them, she is also creating links with existing organizations that serve older children. Because the number of children involved in crime is increasing throughout Turkey, Naside’s goal is to eventually spread her model to other cities and communities. She has already inspired two other childcare centers in the region.

Naside, who is Kurdish, grew up in Diyarbaki and has been working in the social sector as a volunteer for many years. She says she has always felt a sense of responsibility toward the community where she was raised. Before founding Light for Hope, Naside worked for several national civil society organizations with projects in the Diyarbaki region. Because she has extensive local connections, she was effective at networking and creating ties with the local community. While working for them, she also attended training sessions conducted by citizen organizations and universities on women’s leadership, communication, democracy, and project management. These drove home for her the necessity involving local communities in the betterment of their situation. As a native of Diyarbakir, she has lived in the center of Turkey’s internal migration crisis, and has witnessed its destructive social effects. She has always believed that in order to transform a society, one must begin with the children.