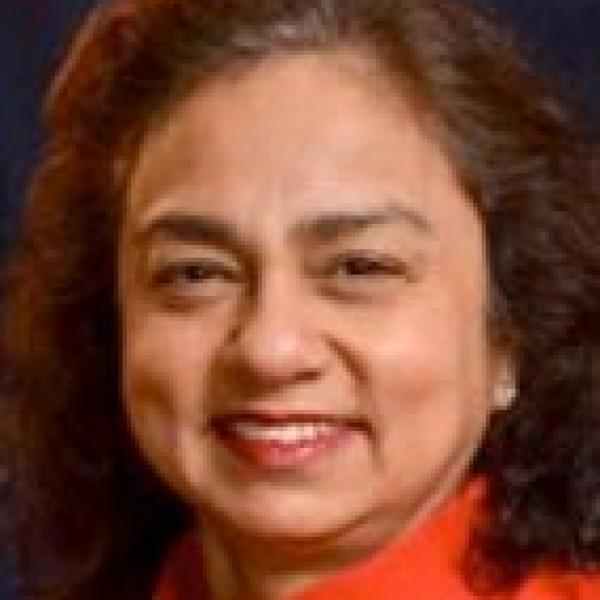 Nalini is promoting healthy lifestyles and chronic disease prevention by mobilizing youth and women, starting in India and spreading globally. She is doing this through implementing educational programs in schools and by changing the culture of workplaces. Nalini is also using ICT to spread the idea across India. Moreover, she engages women to reshape the nutritional habits of families.

For introducing chronic diseases prevention, Nalini identified children and youth as the critical target population, thinking that it is easier to influence their habits and the results in their mindset shifts are durable. She introduced education models to the school system and also found that the majority of employees in the companies are young people so she addressed the program to them. In this way, she innovated the idea to turn work places into allies in promoting healthy lifestyles. Nalini is doing that through an accreditation system and building a strong community of people who decided to participate in this lifestyle movement. To reach young people outside work places, she has also introduced an effective ICT system available on mobile phones which is easy to operate and has a feedback mechanism.

Chronic Diseases are the leading cause of death in most regions of the world. Globally, the rate of infectious diseases is decreasing and that of chronic diseases and non-communicable diseases are increasing. Chronic diseases cause two out of three deaths today; six times as many deaths as HIV/AIDS, TB, and Malaria combined.

Increasing burden of chronic diseases has had not only obvious health implications but also economic and developmental consequences. Chronic diseases such as heart attacks, diabetes, hypertension or respiratory disorders can often be traced back to lifestyle choices. Long working hours, unhealthy diets, lack of exercise and stress have resulted in a near epidemic of chronic diseases:

In India, 20% of the population has at least one chronic NCD (Non-Communicable disease), 10% of the population has more than one NCD and 1 out of 3 Indians have hypertension. More than half the deaths in the country are from NCDs. 65 plus million people live with diabetes and 1 million die from it each year. NCDs currently account for 53% of the total deaths and 44% of disability-adjusted life years (DALYs) lost. Projections indicate a further increase to 67% of total deaths by 2030. With half of the Indian population under 25 years of age, the projected public health burden over the next few decades is alarming on account of just diabetes alone. 25% of a middle-income Indian family’s income is spent on care for one person with diabetes (International Diabetes Federation). According to the World Economic Forum, if no action is taken, the cumulative economic impact of NCDs including mental health would be $47 trillion over the next two decades.

Although multiple studies, including the landmark Diabetes Prevention Program, have proven that exercising for 30 minutes a day, 6 hours of sleep, and a healthy diet can reduce the chances of developing NCDs by 60%, there has been no movement in India towards this type of preventive health care. The current health care system is only equipped to treat NCDs on an individual basis only once they are already developed and diagnosed, but there is a clear lack of promoting healthy lifestyles to prevent NCDs. While there has been some public awareness messaging by the government in popular media, the content has been limited to anti-addiction, and there has been no supportive infrastructure or community around individuals to incentivize them to make healthy life choices.

In early 2010, Nalini started talking to many people and organizing workshops and conferences to understand the scope of the problem. After speaking to several industry experts, she came to a conclusion that the most vulnerable but the easiest to change, and those who can become sustainable ambassadors of healthy lifestyles, are young people. In 2010, she registered Arogya World (Arogya in Sanskrit means to live a life without disease).

Nalini’s big idea was to implement a multi-pronged comprehensive nation-wide idea and use the results to spread this idea globally. She understood that the best impact could be on school students between the ages of 11-13 years where the children are open to new ideas and become enthusiastic supporters. After this realization, she started a pilot in Delhi in the year 2011 – 2012, which was based on playing games, and other creative techniques fit for these children. This program involved 10 workshops with students spread over a period of two years. Nalini measured the effectiveness by collecting baseline and end line data and assembling solid documentation to show the high impact of her program. The results of this assessment she says is the best tool for further spread. Nalini realized that this work is particularly important because the alumni of these schools will join the country’s work force one day.

She then did research on the companies operating in India and found that majority of the employees in the biggest corporations in India are young people. This led her to the idea of pioneering a healthy workplace project in the year 2012. She wants to turn the employers into ambassadors to spread a healthy lifestyle in the company and beyond, through an accreditation program where in the companies are recognized and celebrated among their peers.

This Healthy Workplaces award involves a 5-Criteria standard which entails a tobacco policy, i.e. companies encourage employees to quit tobacco, promoting healthy eating by serving healthy food in the cafeterias and common rooms, encouraging physical activity amongst employees, promoting work-life balance and shifting mindsets amongst the leadership to practice healthy lifestyles to inspire other employees. There are 4 levels of certification of a healthy workplace – Bronze, Silver, Gold and Platinum. The main criteria remain the same across all levels but companies have to take more intense measures to qualify for higher levels. For e.g. to qualify for a Bronze award, a company must not serve junk food during meetings, but to qualify for a gold award, the workplace’s cafeteria must not stock any food with trans fats.

In 2015, Nalini initiated a new level of the Healthy Workplace award - the Platinum Award. Work places that are Gold Level Healthy Workplaces, will gather data on productivity, absenteeism, NCD risk factors and so on in their employee population. Workplaces will work with Arogya and other partners to calculate the business benefits or Return on Investment (ROI) from workplace wellness. This will be among the first ROI data from India.

Nalini’s next thought was to prove that this program has an immense impact on the companies’ performance. She plans to measure if absenteeism dropped significantly and whether the commitment and the engagement of the staff increased after the program.

To sustain the momentum and impact, Nalini is bringing a mobile application called myArogya to Healthy Workplace employees. And offering other programs and services thus creating the sense of a community and opening the platform for horizontal communication. The app’s effectiveness is currently being tested in a study in some Healthy Workplaces. The app is designed as a one-stop shop for chronic disease prevention with rich content on awareness and prevention of diabetes, heart disease, kidney disease and other complications of diabetes. It will in the future also have a mHealth smoking cessation program to help people quit smoking.

All of this was not enough for Nalini, she understood that the nutrition in rural and urban families was a major problem and depended on particular eating habits. She thought she could also turn women into ambassadors by changing their thali (Indian food plate) into a healthy plate. The idea was inspired by the US MyPlate program which serves as a graphic easy to understand and visually appealing reminder to help consumers make healthy eating choices. Nalini tailored and adjusted this program to the Indian context and called this program MyThali.

In the year 2020, Nalini plans to implement these programs across all of India, building a chronic disease prevention model and start spreading her programs to other countries with similar health and nutrition problems.

Nalini grew up in a traditional South-Indian middle class family, with a strong emphasis on education. She excelled in all her exams and received a scholarship throughout school. Nalini also went on to get a Ph.D. in Bio – Chemistry from Indian Institute of Science in Bangalore, the leading academic institution in India for pure sciences. Nalini moved to the United States from India after she got married and started her career working first in academics and then in the Pharmaceutical industry. Nalini had the opportunity to travel and work in different parts of the world because of her husband’s job that took them to new places. Over the years, Nalini worked in leadership roles in leading Pharmaceutical and Healthcare companies globally, like Bio-Rad Laboratories, Hill and Knowlton, Glaxowellcome, Merial and Merck. In every organization Nalini carved an intrapreneurial space for herself, where she started initiatives, built them from the ground and institutionalized them so the initiative sustained beyond her time at the company.

After more than a decade of working in the pharmaceutical industry, Nalini became aware of and started noticing global health trends. Nalini was concerned by the global rise of chronic diseases and knew that this problem needed to be checked before it was too late to recover. Nalini started branching off from her traditional job role and took up every opportunity to meet people and attend conferences on global health. One such was a talk by Dr. William Foege, who devised the global strategy that led to the eradication of smallpox from the world. Dr. Foege’s story inspired Nalini and filled her with hope that it was possible to tackle a health crisis on a global scale.

After gathering all the experience she could in labs, medical companies and through meeting people, Nalini finally decided to quit her comfortable job and took a “leap of faith” and decided to use all of these skills to launch her own organization in 2010.