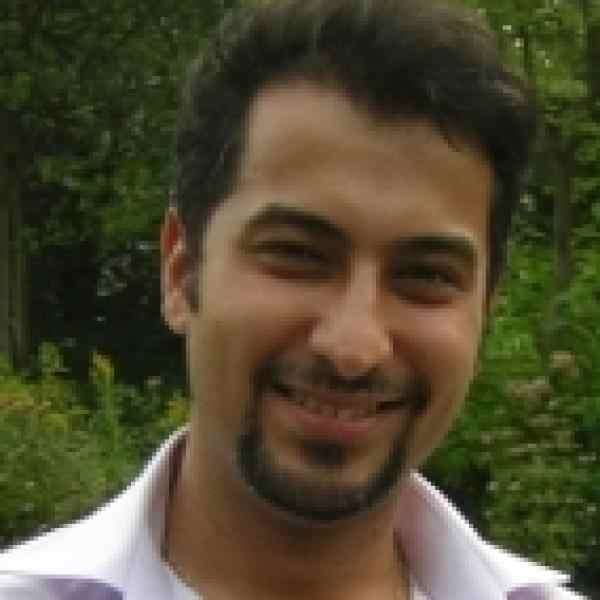 By forming teams that act as bridges between schools and students and parents, immigrant children become empowered to develop the tools they need to succeed in school and life and then train younger students to become tutors and role models for others. Murat is combating prejudice, underperformance in school and social alienation between immigrant children and teachers, immigrant parents and the school, and immigrant and German children.Realizing that there is little communication between schools and their children, and perceptive to the internalized prejudices of many immigrant children, Murat built the Intercultural Association for Education and Student Support (IBFS) to help children seize opportunities for successful careers. The bridge works through two components: first, IBFS teams connect the immigrant community (children and parents) and the German school to enable new patterns of communication and collaboration. Second, older successful immigrants introduce immigrant children to a culture of achievement; showing them how to succeed with the right support. This approach affirms children by providing what they need: recognition, appreciation, and opportunities to prove themselves—making it less likely they will participate in violent acts or fall prey to extremist groups. Murat is building multinational networks of immigrants and Germans to support and encourage children to earn advanced education degrees and to use the tools they need to be successful in mainstream society. Murat believes this will lead to a change in the societal perception of migrants as dependent—to engaged and productive members of society.

There are approximately 13 million immigrants or people of immigrant origin living in Germany. The majority of immigrants are of Turkish origin (around 3.2 million); an estimated 25 percent are children under 16 years.There is a huge class and education split separating immigrant children from the German population, with immigrants overrepresented in lower education and underrepresented in higher education: According to a recent study comparing students in OECD countries, immigrant children in German schools performed worse than all others. Forty-seven percent of children from migrant backgrounds in Germany do not reach a basic level of education, which includes literacy, mathematics and science. The large majority of Turkish children go to Hauptschulen (52 percent) or Realschule which are problem-riddled and poorly funded schools. Only 12 to 20 percent attend a "Gymnasium" and will have the opportunity to be admitted into university. (Graduates from Haupt or Realschule do not qualify for university.) Only 10 percent of migrant pupils reach their A-levels compared to 26 percent of Germans. According to government figures, 40 percent of all migrants between 20 and 30 years of age do not have a formal qualification, and as a result, unemployment is high.There are prejudices and frustrations on both sides. It is difficult for schools to reach out to immigrant communities when parents may not understand the German education system and may have had little experience with formal education. Immigrant children may lack successful role models—stuck between their culture of origin and German society; excluded by language and institutional barriers. Many immigrant children assume they will not be able to attend university.

At the heart of IBFS are “coordinator teams” comprising volunteers who coordinate activities in their area. The children are led by at least one successful immigrant of the same background (a university student, an employee, or an entrepreneur) and each volunteer must complete a six-month IBFS training period during which his relationship with children, his teaching abilities, his endurance, entrepreneurial qualities, and ethics are tested. References and affiliations are also thoroughly checked. Each candidate has to be presented to the IBFS board prior to being given the permission to start a new IBFS group in a new neighborhood. In addition, the team comprises a German, two parents (of any nationality) and two younger immigrant school students. In dealing with schools, Murat presents IBFS as an association that helps children to improve their scores—so the schools understand the benefits. By convincing the headmasters to grant him access to classrooms after school, he begins a group by asking teachers to identify students from one nationality that may benefit from his tutorials, and requests they send a letter to the parents that invites them to an information session. An official letter from the school administration ensures migrant parents will attend and bring their children. While the core group is made up of students sent by their teachers and parents, the group will later grow by word of mouth, when children recruit their friends and from marketing at other schools.Murat also markets the program as a way to help students with homework, as another way to convince parents and schools to participate. The IBFS offers an array of tutorial and coaching classes for immigrant students at a school in the neighborhood, based on the needs of the children and intensive courses in German or math—using professional teachers who receive a small fee. Furthermore, they engage the network in outdoor activities involving parents and children from all nationalities, and offer special outings to Muslim girls (under the leadership of an older Muslim student). IBFS also runs advisory sessions for immigrant parents about how to understand the German education system, coaches teachers and the headmaster about immigrant communities and how to engage its members, and moderates meetings between immigrants and teachers. Successful IBFS group leaders share a similar migrant background that builds their credibility with immigrant parents, children and teachers. Parents trust them because they are “one of them” and the children—mostly Muslim—trust and respect the tutor because he or she is “cool.” The tutors are older but understand youth culture and speak the same slang. Mutual respect and trust being the basis of the relationship, the tutors also work on school performance, but in a more informal manner—using interaction and individual attention they relay their life stories; how they mastered school, family and community, how they began studies and jobs. The children begin to understand how learning and school can be fun and rewarding—they tell them it is possible to succeed in Germany. Through “visiting days” at universities, including sessions with professors, and internships with companies, new positive experiences are developed.With a positive attitude forming, children are receptive to tutorials from German volunteers and teachers. Similarly, German volunteers change their perception about working with immigrant children. IBFS organizes two big events a year, inviting teachers, students and parents where the students are awarded for special results. The aim is to have as many students possible receive prizes, including those who have overcome personal challenges. In this way, students feel empowered and proud, and parents understand that school is important to their children. Schools report that participating students improve quickly.Having started with young people aged 16 and 17, Murat quickly realized that his efforts have much more effect when dealing with younger children. He has successively started to lower the age, now also working with 1st class elementary students (ages five and six) and their mothers—who receive German classes with their children. Additionally, in order to create sustainable system, Murat has launched the “children help children” program. Successful immigrant children from the tutorial groups receive training and start tutoring groups of younger children, becoming successful role models. At the moment, there are 14 practicing “children teachers” while many more are undergoing training. Murat has also built a network for all the coordinators and young teachers with regular meetings for sharing experiences and reporting to the IBFS board. He also launched a new intranet which gives all IBFS children, tutors, parents and teachers the opportunity to chat and exchange ideas, while IBFS coordinators have special access to customized information that details how they perform in regard to income generation and expenses.IBFS is largely financed by fees of 10 Euros that each child pays every month. These fees pay external teachers and finance extra activities for the children.IBFS has expanded quickly in the Ruhrgebiet, Germany's most densely populated area (also known locally as the "rustbelt"), where there are 70 adult coordinators in three cities. Two more cities about to be launched and Murat is currently composing a manual of “how-tos” and implementing a quality control system to make expansion into other cities easier.

Born in Germany to Turkish migrants, Murat was the first in his family to attend university and is currently finishing his PhD in Engineering. Few of his teachers would have guessed Murat would earn a degree; many told him he had no chance. He went to Turkey at 11 years and returned to Germany at 16. While in Turkey, Murat did very well academically and he credits the teachers who believed in him and pushed him to work hard.When he returned to Germany, his ability to speak German was not as proficient and many teachers seemed uninterested in his success. While he was studying and helping his father sell fruits and vegetables, his coursework suffered. However, he graduated at the top of his class. Determined and motivated to succeed at university, he convinced his sister to attend university as well. Unfortunately, he realized that many of his peers lacked the self-esteem and perseverance necessary to graduate—some did not receive a high school diploma.Six years ago, Murat started piecing the IBFS idea together. He started an informal tutorial service but realized it was hard to attract immigrant volunteers as teachers, and no one took him seriously. This is when he realized he had to develop a proper system that involved schools, parents, and immigrant youth if he wanted to create lasting change. He had been accepted to a university and succeeded. Murat wants to ensure that his son and his son’s peers also have this opportunity. He founded IBFS with his own money in his spare time. Despite lucrative offers as an engineer, Murat will dedicate all his time to IBFS and the spread of his project after finishing his PhD.