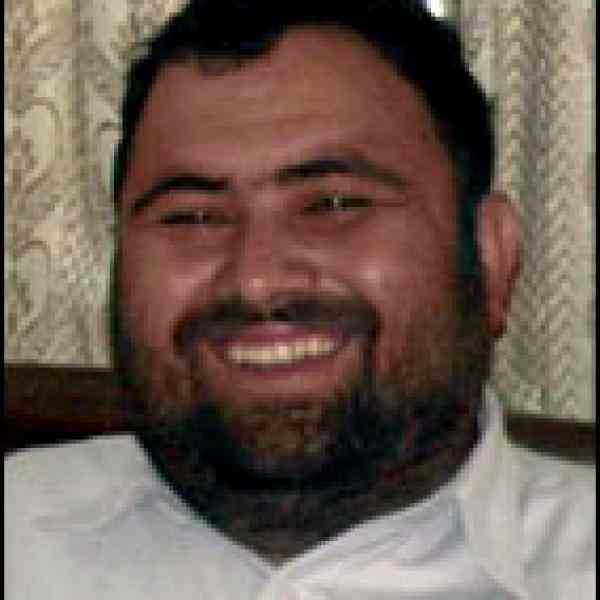 Khpal Kor Foundation
Muhammad Ali is changing the way Pakistan's orphans are educated and raised through a system of children's homes that double as community centers, offering schooling to local children and…
Read more

Muhammad Ali is changing the way Pakistan's orphans are educated and raised through a system of children's homes that double as community centers, offering schooling to local children and other needed services while bringing the often-isolated orphans into mainstream society and helping secure their future as productive members of society.

Muhammad Ali has developed an integrated system for caring for and educating orphans in Pakistan that puts them at the center, rather than at the margin of their communities, preparing them to be responsible, productive citizens. His Khapal Kor, or children's homes, operate as both shelters for orphaned boys and day schools where local children and orphans study side by side. They also provide a space for small business ventures, such as computer centers, tailor shops, and a tent catering service that contributes to operating costs and orphan trust funds while offering needed services to the larger community.

Care of orphans in Pakistan has long been considered the responsibility of the extended family, but as society modernizes, these traditional care networks have eroded. Orphaned children today often find themselves shunted from home to home, enrolled in religious schools, or simply left on the streets to fend for themselves by relatives who lack the resources for or interest in their care. Fatherless children suffer as well in Pakistan’s patriarchal society, relying on the good will of the uncle or grandfather who has taken in their mother. These children may be pampered at first, but later are often ignored and neglected, or thrown out when they become too much of a burden.

Public facilities to care for these neglected children are few, and meager government funds are disbursed to relatives through a cumbersome bureaucratic process. A large amount of philanthropy is directed towards orphan care, but a majority of it finds its way to religious boarding schools, where children receive instruction that prepares them for little more than religious life. These schools are frequently mismanaged, and children may be treated poorly or pushed towards religious extremism, resulting in recent years to a decrease in donors.

Through his Khapal Kor, Muhammad Ali is helping district governments, school managers, and philanthropists direct their support in a more productive way, providing a place for orphans to live and learn alongside other children, and ensuring that each has an endowment for the future.

The Khapal Kor initiative started with a small pilot project in which Muhammad mobilized resources at the local level in the Swat district to create a home for six to seven orphans and enrolled them in a school. He then began a campaign under the auspices of his Swat Open Scout Group to acquire land for a larger orphan home and day school that would serve the neighborhood children as well. He tapped government officials and private sources alike for land and construction funds, and at the same time worked to develop goodwill in the community by offering services like emergency duty and training for Hajjis; pilgrims preparing to travel to Mecca. These services built trust and confidence in his work, and with each achievement—construction of the orphanage, opening of the school, introduction of computer training—he attracted more philanthropic and government aid. Today this first Khapal Kor houses 200 students and provides day schooling to another 100.

The Khapal Kor is managed locally by the community scouts, with supervision by government staff, and is supported by a diverse array of funding sources. To raise money for the orphan’s education and care, Muhammad converts costs to a per-pupil fee and then seeks out sponsors for each child. Additional operating funding comes from the Zakat—the government’s philanthropic contribution for the poor. The Khapal Kor also employs full-time barbers and tailors who offer their services to the larger community and bring in income for programs. And an in-house catering business, computer training center, and tent catering service raise additional funds for maintenance, construction, and other expenses.

To ensure long-term opportunities for the orphans, Muhammad established mandatory trust accounts for each child in which a fixed amount is deposited each month. These savings will enable children to pursue higher education or set up an income-generating activity when they complete their schooling. In addition to these savings, a scholarship fund has been set up by a Pakistani expatriate living in the United States, and an endowment has been created to help those wishing to study abroad or at a prestigious national university.

The success of Muhammad’s Khapal Kor has inspired philanthropists to open similar orphanages in other cities, and Muhammad has also worked with the federal government to identify existing orphanages for reform with Khapal Kor as a model. With donor assistance, he is building a training center for the managers of these orphanages to learn the Khapal Kor philosophy, style of management and resource mobilization.

Muhammad has also begun expanding his vision to orphans beyond the orphanages. Together with the district government and the local Zakat committee, he began surveys in five union councils of Swat to identify orphaned children, and negotiated funding for their education costs, as well as a small honorarium to their families. He hopes to use this first survey effort as a model for the rest of Pakistan, and has turned to the Pakistan Scouts to take on the effort.

Muhammad Ali’s social change ethic was born of his early experiences with the Scouts. Raised in a rural community in district Swat, Muhammad Ali joined the Scouts as a young man and quickly distinguished himself, winning a gold medal from the president of Pakistan and representing his country in Australia. He was also selected to serve as a volunteer during Hajj , and for his meritorious performance was awarded an expenses-paid pilgrimage of his own. His dedication to public service led him to later volunteer with the Environmental Protection Society, founded by Ashoka Fellow Shaukat Sharar.

Muhammad’s dedication to supporting orphans grew from his interest in the roots of violence. In investigating the lives of serial killers, he discovered that most were orphaned early in their lives and became killers in reaction to society’s behavior towards them. He believed that by building a public support structure and making orphans valued members of the community, he could make a significant difference in their lives.

In 1987, Muhammad started his own Scout Group, the Swat Open Scout Group, to assist in his first orphanage project. The group was built on the principals of democracy and sustainability, with each member paying what he could afford. In the first year of the Society’s founding, he organized volunteer monitoring of a district election. The elections were so well monitored that the area police awarded the group a prize of 10,000 rupees, and the Superintendent of Police agreed to let it use a vacant office space and offered money for repairs. The Khapal Kor project blossomed from there.

Muhammad Ali is married and the father of two sons and daughters. His wife works as a schoolteacher, and his son goes to school with orphans. He works as a staff member and as an organizer of the Khapal Kor and does not draw extra remuneration for his leadership role.