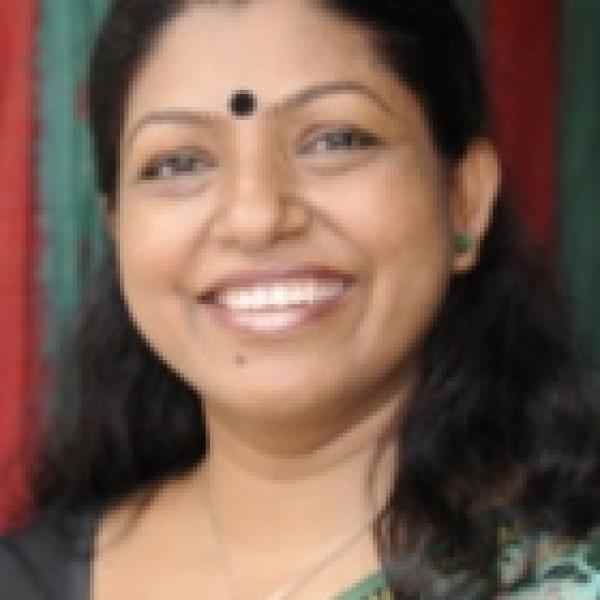 Monira Rahman has reversed the forty-fold increase since 1970 in acid attack tragedies in Bangladesh. She’s changed the laws. She’s ensured prompt, competent help even in remote areas, and she has built model psychological and other follow-up services.

Monira is a brave, successful pioneer in the fight to stop violence against women—and, indeed, all of us.

A few cents will buy enough battery acid to eat away much of a woman’s face, usually blinding her in the process. That’s the end of studies, work, and social life. Each such case casts a pall of fear over many, many others, discouraging independence, let alone challenge.

Monira has mobilized organizations all across the country, including law, medical, and citizen groups. They have won new legislation controlling access to acid, imposing severe penalties for acid throwers, and policing support institutions.

In parallel, Monira has catalyzed (1) very important nationwide quick response capacity and (2) subsequent skilled treatment and reintegration services. Monira established a nationwide infrastructure with other citizen organizations (COs), hospitals, and the media to provide medical, psychological, social, legal, and financial support, so that survivors can lead independent and productive lives. The unique combination of support services empowers “victims” to become “survivors” and ultimately social advocates.

Further, she and her movement have engaged many in the country to think about and question/reject not only this awful practice but also many of the unspoken norms that have been associated with it.

Acid violence is the heinous act of burning, deforming, and destroying the face and other parts of the body by using acid, an attack so brutal it often causes disabilities. Acid causes the skin tissue to melt, exposing and dissolving the bones underneath. Since perpetrators often target the face, many survivors lose one or both eyes. Due to disfigurement and disability, most survivors stop their education or work, immediately causing an end to normal life as they know it. In addition to the physical damage, there are long-term psychological impacts on the survivor and immediate family, which can last for the rest of their lives. Survivors often face social isolation, which further damages their self-esteem and socioeconomic status. Often the perpetrators are close to the victims, and therefore, many victims are unable to return to their families. Some survivors feel compelled to return because they have no other source of income. Most victims belong to a poor socioeconomic class, and therefore, cannot afford costly and time-consuming treatments. They may become completely dependent on their husbands or families.

The number of acid attacks increased steadily from approximately a dozen each year in the 1970s to about 50 per year in the mid 1990s. Beginning in the late 1990s, the number went up to 250 per year. Early in the new century it reached 490. The causes of many attacks are deeply rooted in Bangladesh’s patriarchal social structure. That’s why cases are usually in areas such as marital disputes, the refusal of marriage proposals and sexual advances, dowry disputes, and land disputes. Women are often the direct target but even children may be attacked in a family dispute or as an act of vengeance. With no acid control law before 2002, a cup of acid, usually sulfuric acid poured from a car battery or purchased from an auto repair shop for only a few cents, was an easily accessible weapon.

When Monira began her work, few were aware of this problem, and the necessary medical and legal infrastructure to support acid victims did not exist. Dhaka Medical College Hospital, the biggest public health facility in Bangladesh, was the only hospital specialized in treating burn injuries, though it had only an 8-bed burn unit. In a country of 120 million people, the unit could not accommodate the number of general burn patients or acid victims. The legal scenario was discouraging, since law enforcement officials considered acid attacks personal disputes between the victim and the perpetrator, often they did not interfere. Therefore, many acid survivors were helpless, lacked support, and developed post-traumatic stress disorder and suicidal tendencies. Due to a lack of official data, it is difficult to know how many acid attacks led to fatal consequences.

Monira’s strategy leverages all existing resources to achieve maximum impact, rather than attempt to handle every component with her organization. Observing the inadequacy of medical infrastructure and emergency burn treatment facilities, Monira sought help from other organizations and individuals to establish a dedicated place to treat acid victims. Initially she established a small burn rehabilitation center. In 2003 Monira established the ASF Hospital to provide comprehensive services, including nurse care, nutrition care, medication, pathological tests, physiotherapy, and reconstructive surgery. Gradually, ASF provided hospital and community-based psychological support to help survivors overcome the trauma of the attack. Today, ASF also arranges music and art therapy to enable patients, especially children, to express their emotions, which leads to faster recovery. Since an overwhelming majority of the victims are poor, ASF Hospital offers services free of charge. In total, ASF benefits around 600 to 700 acid victims annually (including survivors from previous years).

It took a few years to develop all these facilities. Initially, Monira was generously supported and patronized by a few individuals and donor organizations. A British citizen, Dr. Morrison, and Monira’s fellow activists in Bangladesh helped her to mobilize resources so that she could send survivors to the US and Europe for advanced medical treatment. As demand increased, it became prohibitively expensive to send patients abroad, so she brought international surgeons to Bangladesh. They worked with local surgeons to develop and expand their capacity. Monira also collaborated with Interburns, an international network of expert burn care professionals, to arrange Essential Burn Care training for district level doctors. In addition, ASF now operates a 24/7 hotline for reporting attacks and referrals. Government agencies, COs, media, and individuals contact ASF when informed of any incident. Once a survivor is brought to the hospital, they receive comprehensive services, including medical treatment, referral to ASF’s legal aid partners, and emergency financial assistance.

ASF then began a nationwide acid attack prevention campaign and mobilized leading print and online media to spread the message to all over the country.

Currently, ASF has a total of forty partner organizations, including leading legal aid providers, such as Building Resources Across Communities and Ain O Salish Kendro. ASF has also partnered with Bangladesh National Women Lawyer’s Association led by Ashoka Fellow Salmi Ali and the Bangladesh Legal Aid Services and Trust, led by another Ashoka colleague, Fazlul Huq. As the legal partners pursue cases for the survivors at the local level, ASF case managers make follow-up visits to monitor the role of police and public prosecutors.

Monira’s advocacy against acid violence has led to many institutional and policy reforms. Previously, acid related offenses were primarily dealt with under the Oppression Against Women and Children Act. ASF mobilized other human rights organizations and social activists to pressure the government to introduce new laws against acid attacks, and eventually the government passed two laws. One law provides severe punishment to perpetrators of acid violence, and the other tries to establish effective control over the availability of acid. At the institutional level, the government established the National Acid Control Council (NACC) to develop policies and monitoring systems for the production, trade, and deposit of acid and for developing medical, rehabilitation, and legal support services for victims of acid violence. There are also District Acid Control Committees in all 64 districts to implement the decisions and policies of the NACC. Such changes in national policy have played a crucial role in significantly reducing acid violence. Monira’s approach worked so well that ASF, the only organization working exclusively on acid violence in Bangladesh, is increasingly helping other organizations abroad.

Monira is the youngest of six siblings and was born in Jessore, Bangladesh in 1965. During the Bangladesh Liberation War (1971), her family had to flee and her father died, leaving her mother to raise six children. This devastating experience left a deep impression on Monira and forced her to become very independent. From a young age, Monira was involved with debate and other cultural activities which shaped her character and encouraged her to ask questions. At university, she was elected Vice President of Shamsunnahar Hall, a famous hall for female students of Dhaka University. Monira was actively involved in the “Education for All” movement to promote education among children and youth. She also took part in various relief efforts to support people affected by natural disasters. Monira resisted pressure from her family to get a secure government job after completing her master’s degree in philosophy and instead, began her career as a social worker with Concern Worldwide (an international CO in 40 countries). There, she worked to establish the rights of commercial sex workers, street children, and the homeless—especially mentally ill women living on the streets often arrested under the Vagrancy Act of 1943. Monira’s work led the government to review the Vagrancy Act as well as the juvenile justice system and to enter into a formal agreement that commits the ministry to develop a vigilance team within the vagrant’s home.

In the course of this work Monira met an acid survivor and was shocked by the woman’s disfigurement. Deeply moved after hearing her story and witnessing the daily struggles of acid survivors, Monira decided to dedicate her life to eradicating acid violence from Bangladesh. She left her job and established ASF to support the victims of acid attacks. Early on, when she worked at Dhaka Medical College Hospital, sometimes she fainted witnessing victims’ pain. For a year, Monira carried a bottle of water with her at all times, fearing those disgruntled with her work would throw acid on her. Monira’s deep empathetic capacity enabled her to connect emotionally with survivors so much that they cried together for hours during counseling. She discovered the immense mental strength of the survivors, which also shaped her as a leader. Monira acknowledges that the survivors are her source of inspiration and motivation against all odds. She feels that the biggest challenge is to provide a combination of psychological and social support to the survivors who develop post-traumatic stress disorder, and plans to establish a specialized institute to provide such services.

Monira is a powerful example in the global fight to end violence against women.

However, of course she is not satisfied. In Bangladesh she’s hard at work building much needed psychosocial and mental health capacity to serve the survivors, and she’s increasingly carrying the fight beyond her country’s borders.