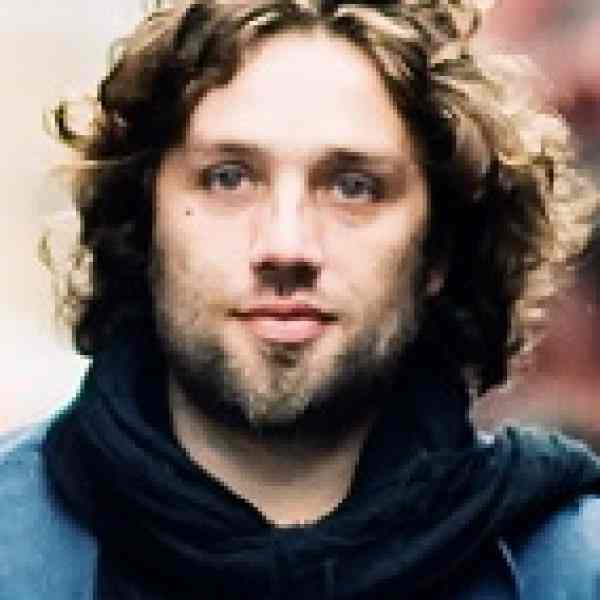 MalariaSpot
Miguel Luengo-Oroz has harnessed the power of disciplined global crowdsourcing to speed the process of medical image diagnosis and to reduce its costs. This is key because this critical step has been…
Read more

Miguel Luengo-Oroz has harnessed the power of disciplined global crowdsourcing to speed the process of medical image diagnosis and to reduce its costs. This is key because this critical step has been bottlenecked relying on manual procedures by specialists, especially in poor areas.

Miguel is transforming the medical diagnosis field through his platform that integrates crowdsourcing techniques, video games, artificial intelligence and mobile devices to make disease diagnosis available on a massive scale for people in low- and middle-income countries.

MalariaSpot is an online game that directly supports malaria diagnosis based on three pillars. The first is the contributions of thousands of citizens connected through the Internet. Certain specific image analysis tasks—such as recognizing malaria parasites—can be quickly learned by non-specialists, therefore exponentially increasing the potential global “workforce” devoted to image diagnosis, while saving the valuable time of medical specialists. Second, Miguel has designed his platform to take advantage of users’ abilities to interact and play in digital worlds. Finally, Miguel incentivizes and motivates players to make accurate diagnoses by imbuing his platform with a competitive edge.

By combining the clicks from a significant number of non-expert volunteers, Miguel is creating an important, new source of high precision diagnoses. The accuracy of the image diagnosis increases with the analysis of different players around the world. This approach can be used for a number of other diseases where diagnosis commonly requires interpreting images. These include cervical cancer and tuberculosis.

Miguel’s approach is another step in the process of leaving a healthcare system controlled by a few specialists and opening up to a world where most of the initiative will be with the patients, their families, friends, neighbors and peers. Miguel is adding the power of the crowd to that of family and friends. Almost all the over 700 global Ashoka health innovation Fellows are moving the system in this direction.

As medicines become increasingly available worldwide, the biggest opportunity for improving results in the field of global health today is simple, fast and inexpensive diagnosis.

Malaria, tuberculosis, and cervical cancer are three deadly diseases that can be diagnosed by microscopic analysis of blood, sputum, and pap smears, respectively. While microscope image acquisition is inexpensive, the diagnosis protocols remain a manual and time-consuming task for trained specialists. There are currently no automated methods for the image analysis of malaria, tuberculosis, or cervical cancer samples, despite the massive incidence of these diseases. Worldwide, in 2015 there were more than 214 million malaria cases, and a child dies every minute because of this treatable disease. Malaria, with over 230 million (known) cases per year, causes 1 to 2 million deaths yearly and is the disease with the lowest rates of accurate diagnosis in the world.

The current standard procedure for malaria diagnosis consists of first detecting parasites and then manually counting the number of parasites in blood smears through a microscope. This process can take more than 20 minutes of a specialist’s time. However, worldwide there are not enough specialists, and they are not always present in the malarial zones where they are needed. Hence, the urgency of Miguel’s approach. It can also provide assistance to remote places without specialists and optimize the resources involved in diagnosis procedures and/or clinical trials, where a lot of effort goes into quality assessment by specialists.

Miguel is addressing the constraints that currently limit the diagnosis of malaria and other widespread diseases by using the power of crowds and tapping into a tremendously popular hobby— video games. Worldwide, people spend three billion hours per year playing video games on phones; each phone with more computing power than the first spaceship. Tapping this immense power, Miguel has created a way to enable this technologically-capable generation importantly to improve global health worldwide. Citizen contributions through Internet platforms have already proved to be of great value to solve big data scientific challenges. For example, in the Galaxy Zoo project, citizens helped scientists to classify images of hundreds of thousands of galaxies drawn from the Hubble Telescope archive.

Mobile phone coverage will soon be fully global and its cost will continue to drop. With the growth of demand in the video game market, the recent invention of microscopes embedded in mobile phones will provide an opportunity to distribute image samples over the Internet; democratizing the access to image acquisition platforms. These factors plus exponentially increasing digital literacy have created a precious cognitive resource that Miguel has spotted and figured out how to put to work to solve specific image interpretation tasks, multiplying the workforce that can stand up and provide biomedical image analysis, thus cutting costs and saving specialists’ time for other tasks. Miguel knows that a tiny percent of the three billion hours people spend playing games would be more than enough to diagnose the planet’s malaria cases.

Miguel bases his strategy on easily accessible technology and games. Digitized samples (blood smears for malaria diagnosis) are acquired by existing medical institutions (using mobile phones with low-cost microscopes in the clinics) and distributed through the Internet. Then, non-specialist volunteers conduct image analysis of malarial parasites through video game play using simple guides to identify malaria. The aim is to harness this gaming to be able to perform routine image-based diagnostic tests everywhere in real-time, with minimal cost and without consuming the time of medical specialists. Miguel consulted video game designers to create his game and in his first peer-reviewed pilot of 15,000 users in Mozambique, he reported that thirteen people playing for one minute produced results as accurate as those of the most highly qualified professional microscopists in the world. He has received half a million clicks per month, each click contributing to a communal diagnosis on his game. Miguel is experiencing rapidly growing global demand for his platform. MalariaSpot is now growing virally, with users in 100 countries. Understanding the importance of continuing innovation, particularly in games, he’s already crafted a next generation of games. Additionally, Miguel organizes school competitions and honors high scorers; he sees potential for job creation for the most talented players. Miguel’s work has already been copied independently.

Miguel envisions that in five to ten years in each healthcare center of the affected countries, there will be a little black box containing a mobile phone turned into a microscope. Patients place a finger inside the box to take a blood sample, which is then automatically sent to the Internet. Minutes later the malaria test is returned, with a red or green light on the box indicating whether the patient needs to visit a doctor.

Miguel’s task now is to ensure the rapid spread of this malaria tool and begin work on the next disease.

Miguel combines his passion for global health, social innovation, and open science with a technical expertise in biomedical imaging. A child of two mathematicians from the north of Spain, Miguel has had a lifelong interest in computers and engineering.

In 2010, a year after completing his PhD in biomedicine, Miguel’s research was published in the journal Science, a significant achievement that gave him the opportunity to pursue a high level academic career. However, he declined the opportunity, as he had grown frustrated by the slow pace of academia and wanted to use his skills to have a greater and faster impact in the world. Miguel participated in the Singularity University program at NASA’s Ames Research Center in Mountain View, California, where students are asked the question: What big problems can we solve with new technology? This allowed him to understand the impact of accelerating technologies—such as mobile phones—and their potential for real social impact on a global scale. Miguel was then part of a startup devoted to using mobile devices to collect data on water quantity, quality, access, and price in slum communities in Latin America.

After this experience Miguel changed his path and joined a specialized startup unit of the United Nations where, at least initially, he saw an opportunity to have greater impact. He found he had an ability to direct and inspire teams with people from different disciplines and backgrounds—UN staff, academia, and private sector companies—and could move seamlessly between these groups. As part of the group known as the UN Global Pulse, or the “innovations initiative” of the UN Secretary General, Miguel gained close access to senior leadership and had significant freedom. He designed and managed a series of projects that explored—for the first time at the UN—the utility of various new digital data sources to answer traditional development related questions. For example, Miguel pioneered an effort after the Haitian earthquake to map the movement of displaced people by tracking their mobile phones, rather than the traditional method of standing at a checkpoint and counting. Working at a high political level gave him a bird’s eye view on many relevant aspects of global development.

Despite Miguel’s freedom, the UN was continually frustrating for him. He was stymied by the inability of big organizations to take risks and work in an agile manner. Desperate to return to a startup, he decided to work just 40 percent of his time for UN Global Pulse and in the spring of 2012 he launched his program, focusing on the proof-of-concept for malariaspot.org and coordinating an international volunteer team.

Miguel’s idea was formed during his experiences working in multidisciplinary-multicultural environments on innovative projects at the crossroads of biomedicine, artificial intelligence, cognitive science, and global development.