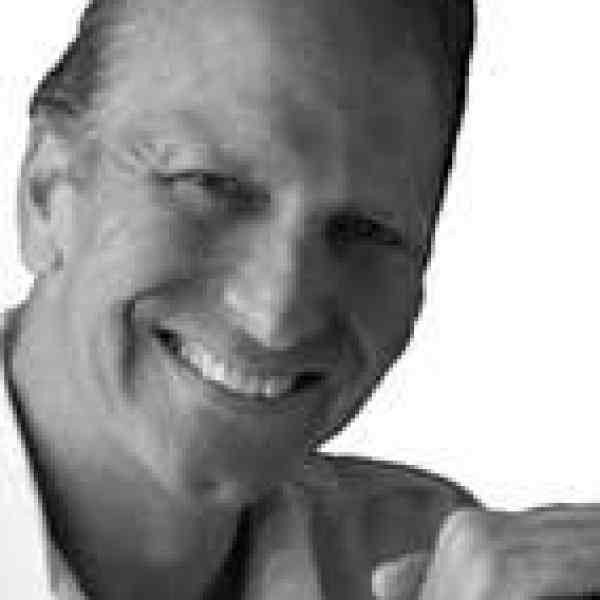 Check out this video for more on Michel's work:

Michel Nischan is catalyzing demand among low-income urban consumers for locally grown, healthy foods through a financing approach that also fuels the growth and viability of small and mid-sized farms.

A chef and the grandson of farmers, Michel is re-creating local economies to nourish low-income families and support small and mid-size farmers. To bring about this market transformation, Michel enlists select local partners across the country, and with them, cultivates the largely untapped market among America’s low-income families living in urban areas. To start off, he is introducing an incentive that doubles the buying power of low-income consumers at farmer’s markets, a doubling that is made possible through blended financing of philanthropic and public investment. The incentive helps the market re-form around healthy food commerce and settle, longer-term, into a new and sustainable pattern with local food production and consumption for all at its core. Having begun in 2007, Michel and his team are working with 27 citizen organizations (COs) in 18 states, and showing significant results in 160 farmers’ markets. Using this early success to attract the attention of policymakers, Michel and his co-founder aim to reach a scale that matters by redirecting a portion of appropriate federal and state funds (i.e. they are targeting the 2012 Farm Bill) and by cultivating philanthropic sources interested in creating a new system of local food commerce and healthier communities.

There’s a growing awareness of the link between poverty in America and diet-related health problems that debilitate millions and cause disease and, often, early death—these include sky-rocketing obesity rates in the last 20 years, and the advancement of diseases like Type II diabetes, which debilitate individuals and families, and contribute to a tremendous societal burden as measured in health care costs. Meanwhile, the U.S. government currently allocates $78 billion per annum for food assistance in the form of USDA’s Supplemental Nutrition Assistance Program (SNAP), formerly known as food stamps; Women’s, Infants, and Children (WIC) for pregnant and nursing women and their young children; and various other benefits. Yet users of these benefits are among those groups showing the highest obesity and disease rates. At a macro level, money intended to help people and the society is supporting the purchase of unhealthy foods that cause disease, and contribute to escalating cost in human potential, happiness, productivity, and health care costs. The pattern also moves currency out of the community, rather than supporting healthy rebuilding of local food commerce.

While the main discussion around food reform is focused on food access, the reality is that fresh, healthy foods—locally grown or otherwise—are not affordable to poor families. Farmers’ markets open in lower-income parts of town, and they fail—the same patterns are true of produce sections in grocery stores and many other efforts to increase food access without simultaneously addressing cost. These failures point some to the conclusion that low-income people don’t want or like healthy, fresh foods, preferring instead fast food options—that what’s lacking is demand.

Add to this picture the country’s priorities in agricultural production, famously laid out in the Farm Bill, which subsidizes commercial-scale farms, while offering few supports to small and mid-sized farmers. These farmers struggle to find and grow a viable market, and many fold. The country’s 5,000 farmers’ markets offer a link to local economies; yet the markets serve a limited, affluent market. Even for farmers’ markets that are equipped and certified to offer public benefit options, the SNAP redemption rates remain low—these markets are not attracting low-income customers, and the farmers who supply this network are not currently cultivating or connecting to this consumer.

Michel and his team see untapped demand among low-income Americans for healthy, locally grown foods. To realize longer-term market transformation by reaching and converting these consumers, Michel is demonstrating that demand is there, affordability isn’t (yet) and this is a key hurdle to changing purchasing and eating habits.

Starting with the existing network of famers’ markets, Michel and his team are strongly signaling to low-income people that they are wanted as customers of fresh, nutritious foods—that the farmer’s market is a place for them. To do this, they have structured an incentive that doubles the buying power of consumers who use public benefits. The set up is simple: Low-income customers swipe their SNAP card at the farmer’s market, and receive tokens in double the amount to spend at the various market stands selling locally grown foods. The approach makes shopping for fresh foods affordable to low-income customers, and increases returns to the local farming community, thus stimulating the growth and viability of mid- and small-scale farms on the outskirts of urban centers. Most participating markets are showing increases of more than 300 percent in redemption rates of public benefits, a significant boost to total sales for participating farmers. For greatest leverage and effectiveness, Michel partners with select local organizations—now 27 organizations in 18 states—that run markets and are trying to reach low-income customers. Partners receive a mini-grant from Michel and his team at his organization, Wholesome Wave, that allows them to start the incentive, begin messaging affordability to low-income clients, and proactively seek sustained local funding from investors interested in both health and local agriculture, and highly encouraged by the results. Michel’s team also offers partners other supports to ensure success during their transition to attracting and retaining low-income consumers—help in setting up their market to accept SNAP benefits and applying incentives (i.e. markets need a laptop and typically wireless access in order to orchestrate the mechanics). They pay back with information, using easy-to-use templates for tracking and returning to Wholesome Wave the data they gather on changing consumer habits, so that nationally-aggregated data can be used to leverage policy change.

Partner organizations are also welcomed into a network where the expectation is that everybody is helping everybody else by sharing best practices around reaching, exciting, and sustaining a consumer base of low-income people. This is important because the COs that operate farmers’ markets do not typically have a chance to be part of a national movement, but instead operate in relative isolation. The Wholesome Wave team shapes the network to be self-supporting, and brings partners into a community that strengthens itself and advances the overall aim—some members are good at working with the media, some at reaching policymakers, some at outreach to the community, and so on. Michel and his team make the linkages and modestly fund collaboration so that, for example, a successful and long-term program partner in Chicago travels to Miami to help the partner there get a new market off the ground.

Michel and his team identify and select partners through their existing network and through nominations. They target organizations that are trying to reach low-income groups and have the right location, local clout and integrity with the communities to localize the approach so that it works for that place and the people who live there. Michel ensures that the partner shares the full vision of Wholesome Wave and can and will conduct effective outreach to low-income communities and share results—in other words, that the partner is well positioned to use the incentive to stimulate a longer-term market transformation. While partner selection has been primarily through networks to date, the team is formalizing selection criteria to ensure vision alignment.

Michel helps partners leverage his small investment for significant change in their city and state. He connects partners to local media and state officials to amplify their success, frame it in the context of a broader national reform approach, and show low-income people as a viable consumer base for local farmers. He and his team also help partners connect with and cultivate local philanthropic investors and secure government funding to sustain the incentives moving forward and attract individuals and foundations who want to support the emergence of local food commerce and do it in a way that also contributes to healthier low-income communities. Armed with data of redemption rates and aided by Michel and his team, partners have attracted government and foundation funds that are earmarked for the doubling incentive. For example, Wholesome Wave’s program partner in San Diego, International Rescue Committee, just won a $500,000 HHS/CDC grant, over $200,000 of which is earmarked for double-value funds. In Minnesota, a program partner was able, with the leverage and frame Wholesome Wave allowed, to convince state agencies to mandate that farmers’ markets across the state accept SNAP and WIC. These are early shifts that show the potential and viability of the effort to move money and public will to cultivate a new consumer group, and contribute to improved health of people and local economies.

In their first annual partner meeting, held earlier this year, Michel and his team of six brought to Washington its partners to share best practices and challenges with each other, and their success stories and experiences with legislators who may enable policy shifts in the allocation of federal funding. Michel and his co-founder have their sights set on demonstrating success (i.e. and showing it through nationwide data) in order to influence allocation in the next Farm Bill, to be passed in 2012, as well as to approach other sources of public financing so that public monies align with, rather than obstruct, the health of people and the rebuilding of local food commerce.

Michel grew up in the suburbs of Chicago, where his parents had moved so that his father could find a job in industry. The family grew a garden that supplied them with food, and Michel’s grandparents on both sides were farmers—one set in Missouri and the other in Kentucky. Michel spent a month each summer on the farms, helping his grandparents. While there was little money, his family was generous with what they had and one way of expressing this generosity was through food and having neighbors over for meals.

Michel decided early on to train to be a chef. He has become well-known, starting and running several restaurants in the Northeast, each focusing in some way on locally grown foods. From his perspective as a restaurant-owner and buyer, he has struggled to find locally grown foods, and has had to call around to local farmers and cultivate relationships one on one to line up contracts—production is not well organized for smaller and mid-sized farms.

In the mid 1990s his second of five children, Chris, was diagnosed with Type I diabetes, and Michel began reading more about diabetes and its causes. He was alarmed to discover the link with nutrition (particularly with Type II diabetes), and the strong correlation with poverty and diet-related disease. This research helped him see food in a broader societal context, causing him to consider how best to channel his knowledge and experience to affect a broader system reform.

Knowing of their intersecting interests, a mutual friend introduced Michel to Gus Schumacher, a former Under Secretary at USDA, and former Massachusetts Commissioner of Food and Agriculture. During his 20 years working in agriculture, Gus had created policy work around food and agriculture, extending the WIC program to allow seniors and mothers to apply their benefits at farmers’ markets. Michel and Gus co-founded Wholesome Wave in 2007.

Also in 2007, Michel created Dressing Room, an organic foods restaurant in Westport, CT, near his home. He opened it with Paul Newman’s investment and partnership, and uses it to showcase healthy, locally grown foods. He recently transferred management of the restaurant to his wife so that he can focus full-time on Wholesome Wave. Michel continues to cook many weekend evenings because he loves it and because it’s congruent with his work and idea, and allows him an entry point to change in communities—through high-end chefs.