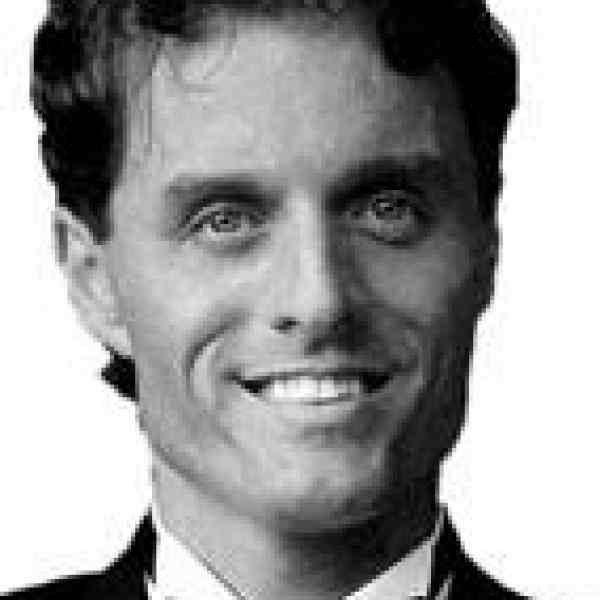 Michael McCullough has constructed a program for college admissions and financial aid that puts new opportunity in the hands of the intelligent, motivated students from poor families who are systematically overlooked by the American system of higher education.

Universities and scholarship programs often have abundant resources to offer low-income students, but inefficient recruiting systems often keep them from finding qualified applicants. For their part, talented students have trouble finding opportunities to advance their education; even the highest achieving students in poor communities struggle with intimidating processes of college admissions and financial aid. Through his organization QuestBridge, Michael meets the vital needs of both groups by creating strong and lasting matches between top universities, graduate schools, corporations, prep school scholarships, enrichment programs, and the nation’s most talented low-income students. QuestBridge identifies highly qualified students from poor communities and catalogues their academic honors and life experiences through a comprehensive electronic application which is then updated annually from the junior year in high school through graduation from college and into graduate schools and the work place. QuestBridge has become a universal application which can be customized for use by its different constituencies.
QuestBridge will process applications through a program called the QuestBridge CollegeMatch, using a mutual ranking system to create ideal pairings between students and schools. Finally, university partners provide matched students with a guarantee of four years of complete financial aid, ensuring that their full term of college focuses on study rather than budget. Through this work, Michael opens new opportunities for hundreds of high performing, underprivileged teens to get a quality education at the top colleges in the United States.

The American system of higher education consistently excludes intelligent and hard-working students from poor families. Fully half of all low-income students with good grades and high standardized test scores do not attend four-year colleges. One of every three students does not go to college at all. Only 3 percent of students at the top 146 colleges in the United States come from the poorest quarter of families, and only 9 percent come from the poorest half.

Many students from families with limited resources and college experience do not consider attending top private colleges, assuming that there is no way for them to afford such a costly education. High school guidance counselors and teachers tend to steer these students away from expensive private colleges and toward community or state colleges. The few low-income students who do consider attending expensive private colleges on financial aid are often deterred by unfriendly financial aid policies, which require that aid decisions be made on a yearly basis rather than guaranteeing aid for the full four years of college. Further, the college admissions process is formidable and subtly biased toward students from affluent communities. All of these problems cause highly qualified and motivated students to miss out on the potentially life-changing opportunities they deserve.

Efforts by educational institutions to identify and recruit promising low-income students have been largely unsuccessful because individual colleges lack the expertise and resources for effective outreach in poor communities. They sometimes connect with high school counselors, but their connections are scattershot and often fade after a few years. With little else to turn to, colleges rely on resources like the databases maintained by the College Board and ACT, which lack sufficient information to drive informed decisions. The entire process is ineffective and wasteful, requiring each college to duplicate the efforts of its peers at tremendous combined cost.

The handful of independent programs that currently exist to recruit low-income students fall short because they lack sustainable funding, national reach, and relationships with excellent colleges. Before QuestBridge, there was no systemic and comprehensive program to locate promising, economically disadvantaged students for access to America’s system of higher education.

Michael partners QuestBridge with top schools to provide scholarships through the CollegeMatch program, an innovative system that matches students and colleges based on a system of mutual ranking. Through CollegeMatch, Michael builds a nationwide database that grows to include over a hundred thousand more underprivileged students every year. The database organizes information from teacher recommendations, SAT and ACT databases, the Young Black Scholars Program, the Venture Scholars Program, and a growing list of academic partners. Students complete their file by filling out a free, detailed application designed to emphasize their strengths and reveal their character. Applicants then rank schools they would like to attend, and CollegeMatch partner schools rank the students they wish to recruit. CollegeMatch then pairs students with the colleges that suit them best, and helps them to secure full four-year scholarships.

In 2003, Michael piloted his system in partnership with Duke University, Amherst College, Rice University, Grinnell College, Trinity College, and Santa Clara University. He matched fifteen of the most promising students in the United States with full four-year scholarships. At a cost of approximately $140,000 per student for a four-year financial aid package, the program channeled over $2 million of aid to students in its first year. QuestBridge placed an additional 100 additional applicants at the six pilot schools on full financial aid. Many more found spots in non-partner schools they otherwise might not have considered. QuestBridge’s commitment to low-income and minority students is evident in the results of its selection process: 96 percent of the 200 finalists had family incomes below $50,000; 33 percent were African-American, 39 percent were Asian, and 23 percent were Latino. After QuestBridge’s successful first year, many more top schools (Williams, Stanford, Princeton, Wellesley, Pomona, UNC Chapel Hill, and others) lined up to participate.

Once QuestBridge reaches a critical mass, it will be able to leverage its power to change the way colleges approach financial aid for talented low-income students. Where single-year aid packages are currently the norm, Michael will push to establish guaranteed four-year packages, backed up by in-school support services, as the new standard.

In addition to CollegeMatch, Michael helps run the Quest Scholars program, which he co-founded in 1992. The program starts with a summer enrichment course for talented low-income youth and continues with six years of mentorship and tutoring to prepare them for college. Quest Scholars have entered the most prestigious colleges in the country—65 of them currently attend either Stanford or Harvard—and have received awards including the Rhodes, Marshall, and Fulbright scholarships. Michael encourages these outstanding, socially concerned students to return to their communities and engage in programs for social change that amplify the impact of the Quest Scholars program.

Michael carefully designed a financial structure for QuestBridge that will sustain the organization’s operation and growth over the long term. Partner schools currently pay $20,000 a year to participate in CollegeMatch and $4,000 per student they attract through the program. QuestBridge keeps costs down by taking advantage of university work-study subsidies. Most staff members are Stanford undergraduates whose work costs QuestBridge only $1 per hour. The organization will use this financial structure to become fully self-sufficient within two years, gathering the resources to drive rapid growth throughout the United States.

Michael grew up in rural Oregon, attending the same grade school that his great-grandparents did decades before. Born with hydrocephalus that went undiagnosed until he was ten years old, Michael faced significant challenges. He developed a talent for turning those challenges into opportunities for growth. As a child, he struggled with migraine headaches and stuttered so severely that his twin brother had to serve as his interpreter. The fierce concentration he needed to sustain even the most basic conversations was painful at times, but it brought a wider perspective. In his words, “it was like walking around with a weight tied to my foot. It was an inconvenience, but lifting it daily made me stronger.”

His struggle taught him empathy, humor, and tenacity that blossomed during his teenage years. He was a varsity athlete, setting a school record in the discus, and started an underground newspaper. In his senior year, he was elected to serve as the student advisor to the Oregon State board of education and argued in this role for higher standards and graduation requirements. Some of his proposals were incorporated into the Oregon Action Plan for Excellence. Michael’s experience with the Board of Education was a turning point in his life. It sharpened his skills in public speaking and diplomacy, and taught him that even in the highest political circles, relationships and mutual respect are the key to influencing decisions.

Enrolling as an undergraduate at Stanford with only a year of support—cobbled together from his mother and the Elks Club—Michael was forced to find creative ways to fund the remainder of his education in cash, earning his way. When he could not afford to enroll, he audited classes and taught himself the remaining pre-med requirements. Ultimately, Michael earned his degree while only attending every other term. Michael fought to become the first undergraduate on Stanford’s Investment Responsibility Task Force.

Michael has a history of serving underprivileged youth. In college, he co-founded the Stanford Medical Youth Science Program (SMYSP), which exposes gifted underprivileged high school students to the field of medicine through lectures, labs, and hands-on experience. In 1989, Michael went to Oxford as a Rhodes Scholar; during his second year, he was joined by his future wife Ana. When they returned to Stanford, they co-founded the Quest Scholars Program. In the same year, Michael entered medical school at the University of California, San Francisco, continuing to run Quest while earning clinical honors in 14 rotations. In 2003, Michael launched QuestBridge as the organization’s founding president. Through this latest program, Michael enables students from poor families to enjoy the benefits of a first-class college education without having to endure the struggles he faced.