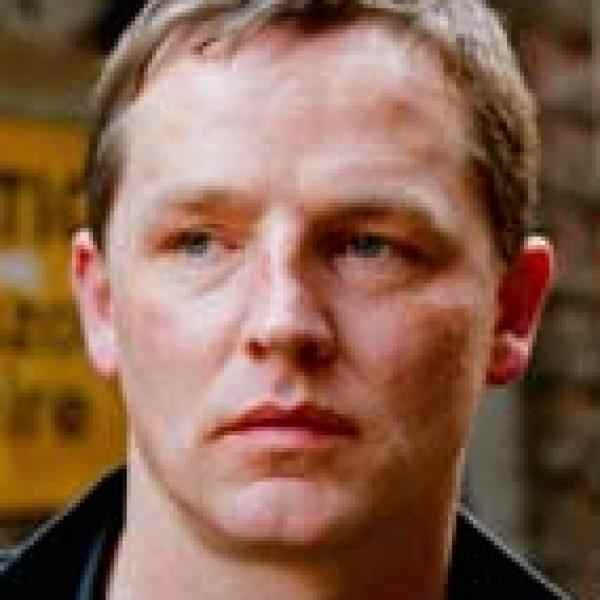 Mark Johnson believes that only offenders can stop re-offending. Offenders are the key to their own rehabilitation, and the key to improving the system that is supposed to perform that function. Through his organization, User Voice, Mark is challenging the system’s assumption that “punishment should mean silence” by giving offenders a voice in designing the system. Through his flagship program of Prison Councils, and through activities which give offenders representation at a policy level, Mark demonstrates that rehabilitation only works if people have an opportunity to take responsibility for themselves.

Mark is designing practical strategies for incorporating the voice of prisoners and imprisoned addicts in tackling the failures of the prison and rehabilitation systems. Two parallel and complementary processes are key to his innovation. First, he proposes that as in all other sectors, the views of service users be integral to developing the best solutions. The knowledge from service users about which services are most valuable and impactful need to be integrated into planning and commissioning. Applying this approach to criminal justice is controversial and challenging, however, with User Voice, Mark shows how ultimately service users know best about what will be successful.

The second process at play is a more significant and internal one. In order to be full citizens and members of society, all people need to be in a position to take responsibility for themselves and the world around them. In prison, prisoners are systematically denied these opportunities in a meaningful way. However, when offenders are released into society, they are expected to take on this role outside of the prison gates. Mark is overcoming this “democratic deficit” by empowering prisoners to give their opinions, and to take responsibility for co-designing systems while still in prison; thereby, putting in place the first building blocks for ex-offenders to become full citizens in the outside world.

The flagship program for giving prison users voice is Prison Councils. Mark works with prison authorities to develop a Prison Council where prisoners are asked to form and run particular parties, each representing common challenges faced by prisoners and the prison system. The success of a Prison Council is measured not by individual attendance or individual attitude change, but community indicators: At one prison site complaints from prisoners dropped by 37 percent, as problems were dealt with closer to the source; at another, the number of segregations days (e.g. prisoners are kept in isolation—often resulting from protest actions) dropped from 160 to 47. The rates of prisoner participation in the councils now surpass 50 percent. These examples of improved engagement with the community and with social processes indicate a personal level of responsibility-taking—the first step to real social rehabilitation.

Mark’s aim is to change the industry of offender support services. He wants to see it shaped by the voices of those who are most affected by it, and driven by the positive influence of successful ex-offenders who become role models for others. Mark wants to see a system which enables ex-offenders to succeed and then go on to help other people do the same. This multiplier effect of ex-offenders helping other ex-offenders, and society-at-large in tackling the problems they know best, is key to individual rehabilitation and to finding society-wide solutions to crime. Mark is supporting his frontline work with widespread advocacy through a newspaper column, high profile events, and lobbying policymakers. In this way, he works at all levels toward a mindshift in society, which sees offenders as part of the solution.

The U.K. prison system is widely recognized as a failing system, with prisons stretched beyond capacity and a re-offending rate of 55 percent for adults and 75 percent for juveniles. The U.K. has the highest incarceration rate in Western Europe. The cycle of reoffending is costly, and damaging to victims and perpetrators alike.

The industry of therapeutic and rehabilitative service providers built around the criminal justice system does not currently provide scalable and impactful solutions. Part of the problem is a perverse incentive structure which sees providers responding to short-term targets rather than effective solutions. Currently, a wide array of service providers competes to retain their slice of resources in developing programs for ex-offenders. Their own interests are best served by winning contracts, rather than developing the impact of those contracts and success is measured by how many people attend rather than by their impact on those that attend. The result is a crowded sector of people providing solutions that do not work. Those with the greatest stake in seeing solutions work—the users—are largely excluded from service design and provision, leaving service providers to speak and act on their behalf.

The issue of “user voice” in prisons is highly controversial and challenging. Prison is intended to remove one’s liberties as punishment for their crime. Democratic voice is assumed by many to be one of those liberties which prisoners should be denied. Prison staff perceives their own role as one of control, and the general public clamour for harsh treatment of prisoners. This approach successfully fulfils the punishment function of a prison. However, it potentially reduces the opportunity for rehabilitation; in reducing people’s ability to make responsible choices, they are prevented from becoming active agents of change. Most prisoner programs fail to give prisoners the experience of taking meaningful responsibility for their lives.

Mark’s strategy involves working at every level of society to reconfigure people’s expectations about the importance of using the voices of offenders in designing services.

The centerpiece of Mark’s approach is Prisoner Councils. Currently, User Voice operates four prison councils inside prisons, and five councils in the community with ex-offenders. More are planned to launch around the country. Loosely described, they are structured, deliberative, democratic forums, although within the regulations of a prison environment (or within the law, when taking place in the community). They are a tool to help to inform and improve the quality of prison management, while also underpinning the rehabilitation process. Prison councils are based on moral notions of both prisoner rights and responsibilities. Such an approach provides a firm basis upon which to further build work in helping prisoners to become law-abiding, contributing citizens. The principles behind the councils are that the format should be flexible, the council must work within regulations, and it must be solutions focused, representative, enjoyable, transparent, and accountable. Prisoners are asked to form and manage particular parties, each representing common challenges faced by prisoners and the prison system. For example one party will be concerned with preparation for return into the community and through-the-gate services. Another party focuses on strengthening and improving the relationships between prisoners and with staff. The prison councils have reduced complaints in the prison, “protest” actions among prisoners, conflict between staff and inmates, and have contributed to changes in prison policy, for example relating to adjustments in family visiting arrangements and to incentives schemes for prisoners. The councils demonstrate both the rehabilitative power of giving prisoners a voice, and the practical implications of improved feedback from service users.

Another important strand of User Voice’s work lies in developing meaningful consultative processes to help government agencies listen to their “hard to reach” clients. Mark is working with a range of organizations to help them listen to their users, including the Probation Service, the Youth Justice Board, Drug Strategy Units, and the College for Social Work. For example, one project is seeing User Voice recruit and work with people who have engaged with social services in order to inform a center for excellence in social work. All projects rest on the principles that they are giving voice to excluded service users involved in the criminal justice system; they use other ex-offenders to access those service users; and they directly influence decision-makers. Mark is developing a pipeline of similar projects to ingrain the views of service users into the commissioning and design of services.

In addition to directly facilitating practical examples of user voice by improving systems and services, Mark is creating a national debate around the causes of offending, and the way to find solutions. Mark has a regular column in a national newspaper where he challenges public perceptions about the nature of people in prison, and what their role should be in stopping crime. He also carefully places and seeks media coverage of positive stories about ex-offenders taking responsibility; for example, at an event, excluded young people presented their recommendations to policymakers. Mark consciously uses his own story publicly as living evidence of his approach, and as an inspiration for other ex-offenders. He has published a best-selling book about his life, and is currently writing a second book about emotional development of excluded young people.

Perhaps the most important aspect of Mark’s strategy is creating a pipeline of role models. User Voice is not only an organization undertaking a set of activities, but is by its very existence is a platform for ex-offenders who are articulate, socially responsible, and successful individuals. All of User Voice’s frontline staff are successful ex-offenders who have turned their lives around, and are also engaged in helping other people to do the same. Mark recruits qualified and talented ex-offenders to lead the organization and to carry out its frontline work, for example, one ex-offender is leading the expansion into the north of England. This has a profound impact on employees’ self-confidence and transforms their long-term employment prospects. More broadly, User Voice demonstrates the hugely positive role ex-offenders can play given the right circumstances. These individuals are key to Mark’s strategy of changing perceptions both inside and outside the criminal justice system about what is possible and achievable. They are role models to other ex-offenders, and are key to the public perception that ex-offenders are part of the solution. They are also central to his scale strategy. Rather than directly scale User Voice from the center, Mark will recruit and train entrepreneurial ex-offenders to set up regional operations that are context-appropriate. The peripheral operations will then develop locally relevant services with ex-offenders, while the central operation will focus on the core advocacy work. Only through a larger number of ex-offenders who understand the system and are empowered to take responsibility for its improvement, can society successfully tackle the core problems in the criminal justice system.

Mark arrived at the principles behind User Voice through first-hand experience of the failures of the prison system. He wrote an autobiography chronicling his childhood surrounded by abuse and addiction, and his own journey into—and out of—crime, homelessness, and heroin addiction. Mark spent 15 years in a downward cycle and ended up living on the streets of London before turning his life around. After successfully giving up drugs and gaining stability in his life, Mark set up a tree surgery business focused on employing other ex-offenders and recovering addicts. The business was very successful, but Mark wanted to take a role in improving the criminal justice system, and began advising others on projects working with ex-offenders. He spearheaded several innovative projects, including a peer mentoring project. Realizing that there were very few people like him, able to effectively speak with the experience of ex-offending, he determined that he needed to give voice to other successful ex-offenders, who could both act as viable role models, and more accurately access the important information that prisoners hold about what works. Mark has demonstrated through personal example that when given a voice and the chance to take responsibility, ex-offenders can not only be rehabilitated, but create the space for other people to act as influencers of change.