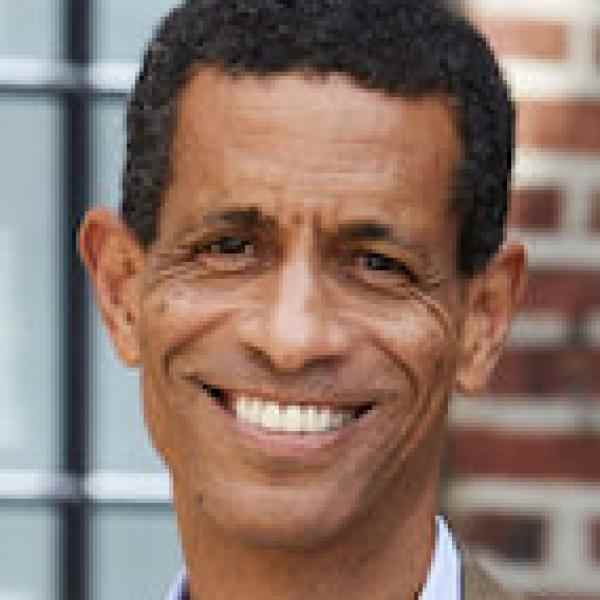 Check out this video for more on Mark's work:

The high rate of unplanned pregnancy presents enormous challenges for women, families and society. Through Upstream USA, Mark and his colleagues are changing the culture of reproductive healthcare in the U.S. and pioneering a new model for ensuring all women receive same-day access to the full range of modern contraceptive methods.

Mark has worked for more than two decades on interrupting intergenerational poverty. He got his start working with organizations focused on early education and homelessness and started working at the national level when he founded Opportunity Nation, a bi-partisan coalition of more than 300 antipoverty organizations. Through conversations with one of these organizations, the National Campaign to Prevent Teen and Unplanned Pregnancy, he learned about a startling, but well-documented statistic: over half of all pregnancies in the U.S. are accidental and unplanned. Of the 6.6 million pregnancies in the U.S. each year, 3.4 million are unplanned. The downstream impact on mothers, fathers, and children is significant and can reverberate for generations. Mark circled back to many of the Opportunity Nation organizations – nonprofits, community colleges, youth development organizations – and virtually all of them confirmed that unplanned pregnancy was a significant issue with the populations they served. National surveys of poor and low-income women from the Centers for Disease Control and Prevention showed that 65% of their pregnancies were unplanned. But what was even less understood what that so many of these women were using a contraceptive method when they became pregnant – but the method they were using wasn’t working for them, which led to an unplanned pregnancy. And all this was taking place despite new, rigorous research showing that there were new methods of contraception that women actually preferred, but were rarely offered: the new IUDs and implants. These methods are twenty times more effective than other methods, as safe as any other method of contraception, and were held up by the CDC, the American College of Obstetricians and Gynecologists, and the American Academy of Pediatrics as the best methods of contraception for all women. Mark believed that if we could change healthcare so that women could get access to these new methods of contraception, it would give them more control over their lives. And by helping women achieve their own goals and become pregnant only when they want to could be a powerful way to support women, men, and children, and help break the cycle of intergenerational poverty in America. So Mark co-founded Upstream USA, a non-profit organization that is changing the U.S. healthcare system so that all women can receive the highest quality services and conveniently access the full range of modern contraceptive methods, particularly the most effective ones, IUDs and implants. Upstream USA is showing that this transformation of women’s healthcare is possible in the U.S. They’ve already changed the practices of twelve health centers around the country that serve 37,000 women of reproductive age per year, and their ambition is to do much more. The difference in patient experiences in a pre- and post-Upstream health center is night and day. But this isn’t just about better customer service training. Upstream USA trains clinicians on how to place and remove these new methods; they train the billing and coding staff about how to get reimbursed for them; they ensure that these methods are stocked so that they can be offered the same day they are desired; they teach counseling skills so that patients can make an informed choice. Upstream USA is working with nurses, doctors, receptionists, CEOs, translators, and others in healthcare to make contraceptive counseling and care a centerpiece of women’s health and by doing so, ensure that women can achieve their own goals and have children only when they want them and plan for them.

Mark Edwards insists that “breaking the cycle of intergenerational poverty is among the most important challenges facing the United States, yet we are not making progress as fast as anyone would like.” Despite anecdotal stories of resilience and beating the odds (in his own family and in popular American culture), there is less social mobility than Americans think.
According to economists at the Brookings Institution, National Review, and elsewhere, the U.S. now lags behind Canada and many western European nations in economic mobility, with children of African American and Hispanic parents faring the worse. By the time children are teenagers, their economic prospects are increasingly fixed. Mark Edwards, a co-founder of Upstream USA asks, “What has happened to the American Dream? Why haven’t we made more progress? And what are the biggest levers we have to rapidly increase educational attainment and economic opportunity?”
Mark believes that accidental pregnancy – a pregnancy that isn’t planned – is at the center of these issues. According to the Guttmacher Institute, more than half of all pregnancies in the United States are accidental or unplanned, and among low-income women, 65% of all pregnancies are accidents. Of the 6.6 million pregnancies in the US last year, 3.4 million were unplanned. Unplanned pregnancy is associated with a wide range of adverse maternal and child health outcomes, including delayed prenatal care, premature birth, and poor physical and mental health.
Though unplanned pregnancy is clearly a health issue, Mark adds that “at its core it is an opportunity issue.” According to the Gates Foundation and others, unplanned pregnancy is a leading reason young women drop out of high school and community college. The US military also reports very high rates of unplanned pregnancy. Mark says “people always think we’re focusing on teen pregnancy, but the vast majority of unplanned pregnancy occurs to single women in their twenties.” These accidental pregnancies can derail the trajectories of women and men, and present particular challenges for children.
In the US, the contraceptive method of choice is the oral contraceptive pill which is only fully effective when a woman is extremely consistent about taking it, and many women are not. A 2014 New York Times article stated that, on average, a woman’s chances of becoming pregnant over 10 years is 61% if she uses the pill as her method of contraception. This, researchers point out, is one of the reasons why rates of unplanned pregnancy in the U.S. have not improved in the last 20 years, and have actually gotten worse for poor and low-income women.
There are new methods of contraception – the new IUDs and implants – that are 20 times more effective than the pill, as safe as any method of birth control, endorsed by the major medical governing bodies in the field as best in class, and that research shows women prefer if they are fully educated about them and can get them the same day they seek birth control. But even at health centers that do offer these effective methods, Mark learned, the process of getting an IUD or implant was prohibitively (and unnecessarily) complicated for the patient, usually requiring multiple visits. Though all contraceptive options are technically free under the Affordable Care Act, too often women aren’t told about them, clinicians aren’t trained to place them, and the health center thinks they lose money when doing the procedures. These barriers often translate into women only being offered methods of contraception like the pill, patch or ring that have far greater, real world failure rates than these new methods. “We’re leaving one of the most important decisions we make – when, under what circumstances, and with whom we have children – to chance, and it’s the system’s fault,” Mark says.
After looking at the range of barriers, Mark and his co-founder saw the big opportunity as changing the “supply side” of the equation by ensuring that women could get same-day access to all methods of contraception in one healthcare visit.

Mark’s personal passion comes from the fact that he is deeply aware that he has had extraordinary opportunities in his life, and that he has benefited from the American Dream. As he tells it, “my father grew up in a single parent family, struggled through college, joined the Army, and then sent all three of his children to Harvard. That story doesn’t happen with as much frequency today.”
Mark started his first company with a friend while in college, a leading communications firm serving educational institutions. Throughout this time Mark was also highly involved in local anti-poverty work, mainly focused on helping launch a high-quality preschool program serving homeless children in Boston that has grown to include 3 centers with 120 staff and a total annual budget of $10m. Over time Mark grew frustrated with the tired framing in poverty alleviation work of ‘us’ versus ‘them’ and, in 2009, he convened leaders from the Brookings Institution, the Center for American Progress, and the Heritage Foundation around a new framework: creating an ‘opportunity society.’ The bi-partisan campaign he started, called Opportunity Nation, grew to include 300 organizations and played a role in helping shape and pass the reauthorization of the Workforce Innovation and Opportunity Act, the Federal workforce development bill that had been delayed for years. Today the organization is renowned for its “Opportunity Index”, an online tool that ranks America’s 3,000 counties with an A-F score based on measures of economic, educational and civic factors that foster opportunity.
From this perch, Mark was able to get to know 300 anti-poverty “theories of change”. Then, as he puts it, “in the middle of this work, I was asked to join the board of the National Campaign to Prevent Teen and Unplanned Pregnancy, which I joined from a traditional women’s reproductive rights perspective. I had one of those “aha!” moments in a board meeting when I suddenly understood the powerful impact that unplanned pregnancy plays in the things I cared about: economic opportunity and educational attainment. These issues are all intertwined, but it struck me that if we could help women achieve their own goals and have children only when they want and plan for them, it could help increase educational attainment and expand opportunity.”