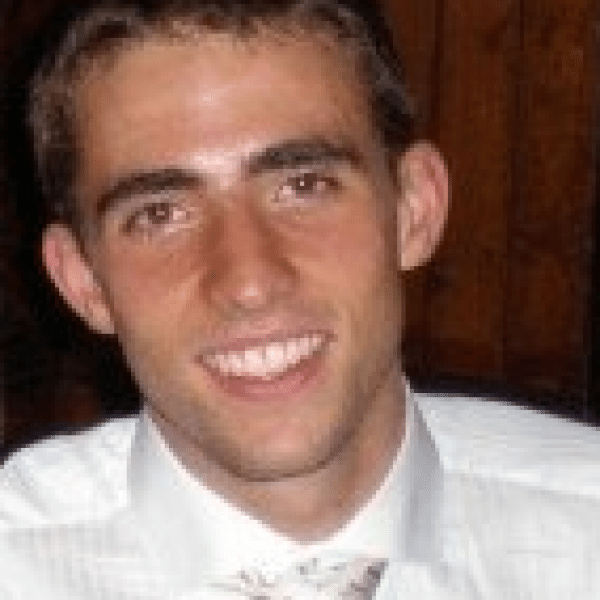 Manuel Wiechers is eradicating energy poverty in Mexico by combining community investment, low-cost, renewable energy, and cooperation across the public, private and social sectors to foster social and economic development in rural areas. Manuel’s vision for the year 2025: No Mexican without light.

Manuel founded Iluméxico with the objective of eradicating energy poverty in Mexico. Iluméxico uses a mix of community development activities and close monitoring to implement clean technology solar panels, supplemented by strategic alliances with key actors in the sector. Iluméxico’s rural electrification model is the first and only in Mexico that maintains community benefit in each step of the value chain, from technology development, installation, maintenance, and adaptation of the system. This results in a transverse process of community development. Moreover, unlike traditional organizations, Iluméxico requires benefitting communities to contribute a nominal fee for the service, giving them a stake in the project that has proven to increase the adoption and care of their systems. The generated profits are then reinvested in a fund that is used for community development projects for the very residents. The continuity of Iluméxico’s model does what no other Mexican rural electrification program does; it converts community members into beneficiaries and stakeholders, resulting in a more cohesive community that accepts, and cares for, their electrical technology.

Additionally, Manuel has taken his model a step further by providing social and technological workshops on topics such as sustainability, community empowerment, gender equality, social control, and production groups to the communities they electrify. These help ensure long-term adoption and integration into daily life.

Crucial stakeholders assure the sustainability of Iluméxico, including partnerships with the private sector to mobilize resources, and other citizen organizations (COs) that help develop Iluméxico’s community development activities. Iluméxico also works closely with local and federal governments to identify the needs of rural communities. This has even resulted in the Federal Electricity Commission (CFE) beginning to develop regulations on technical procedures for social and technological transfer programs for highly-disadvantaged populations of Mexico to ensure the safety and wellbeing of these communities.

The government is the sole provider of energy in Mexico, and while it has managed to give power grid access to almost 97 percent of its inhabitants, more than 3 million people continue to live without electricity. This leaves these off-the-grid populations with no alternative but to wait for the government to finally reach them. Unfortunately, because of their geographic remoteness and low socioeconomic characteristics, extending electrical infrastructure to these communities remains a low priority for government administration due to the high costs it would incur.

To illuminate their houses, these populations often use candles and petroleum-based lamps. Not only do these materials cost families an average of US$8.12 a month, but they also harm the environment by emitting between 150 to 400 kilograms of CO2 per year. Moreover, the resulting smoke causes serious health effects for household members. In fact, in-home smoke is one of the leading causes of death worldwide at 1.5 million deaths a year with home fires being one of the 15 most frequent causes of death in low- and middle-income families. Furthermore, people who do not have access to light have fewer hours for study and work. This lack of productivity limits economic growth and perpetuates the cycle of poverty.

While effort has been put forth by local COs, these initiatives are often disconnected and make fragmented or duplicate efforts that leave several community needs unattended. They also tend to lack adequate training and follow-up that renders the technology useless once something goes wrong. Furthermore, characteristics like the dispersion of households, the difficulty of access to rural areas, and low population density keep the communities themselves from uniting to coordinate their own electrification.

Without even the slightest bit of help or community coordination, marginalized communities have grown accustomed to a paternalistic system of government in which the community receives free products without any effort or investment from the people of the community. This breeds a culture that keeps the victims of energy marginalization off-the-grid with no light at the end of the tunnel.

Iluméxico is a new, innovative model for rural electrification, from its implementation strategy, down to the very technology it utilizes.

On a basic level, Iluméxico’s solar panels have been developed specifically for rural use, with a focus on durability, user-friendliness, and adaptability to individual household needs. The technology has intelligent algorithms that save energy and allow the user to choose the level of illumination. The systems can support anywhere from two light bulbs, up to equipment for schools, computer centers, public lighting, or air conditioning for medical clinics.

Iluméxico is most distinguished by its approach to implementation. Because many rural electrification models have failed and marginalized communities are often skeptical of scams, Iluméxico always introduces itself to a community via an intermediary, such as the local government or another locally trusted organization. After canvassing the community for prospective clients, the team generates a list of interested residents. Iluméxico then coordinates a team to go to the sign contracts, prepare paperwork, hold workshops and form maintenance committees. The residents, under the guidance of Iluméxico, then install the technology to give them a profound understanding of its functioning, and generate community interaction.

In conjunction with the installation of the technology, Iluméxico takes advantage of this moment to provide community development workshops that address local issues. Executed in partnership with expert organizations in their corresponding fields, the workshops include topics such as development of workforce skills, sustainability, community empowerment, gender equality, social control, and utilizing the generated energy to effectively meet community needs. The workshops have resulted in a usage rate of 99 percent of Iluméxico’s technology after one year’s use, and are a powerful component to rural electrification that connects marginalized communities beyond just their power lines. In the future, Manuel plans to take this community cohesion one step further by creating regional branches of Iluméxico that will increase the level of involvement by communities, particularly local universities and educational institutions.

Another vital aspect of Iluméxico’s program is its method of financing. Initially, the organization subsidized up to 50 percent of the costs of the program. Now, the organization is gradually decreasing this percentage with the expectation that 80 percent of its users will pay for the complete price of the program and 20 percent of its users, the highly marginalized with few resources, will receive subsidies. Although the model avoids dependency on government funds, if the local government or any other entity offers a subsidy of any sort, residents can apply with the corresponding entity to lower their personal costs. A portion of the profits generated by Iluméxico’s model is also reinvested in the very community from which the money is generated for a community project fund. The funds are used to finance community projects that meet local needs, such as public lighting or lighting in schools. In the future, Iluméxico plans to generate additional revenue for the beneficiaries by selling the clean energy produced by these communities to the government.

Though Iluméxico’s program comes at a small cost for the community, the organization has improved household economies by saving users between 18 to 25 percent of their lighting costs, and increasing their revenue by 10 to 15 percent because they are able to work for longer periods. In communities where Iluméxico has implemented its technologies, children have also gained an additional 2 to 3 hours per day of education on average. In regards to the environment, the pilot results of Iluméxico’s equipment replacing traditional oil-based lamps and candles has yielded a reduction of 340 tons of CO2 per year.

Iluméxico would not have experienced such success without its various partnerships that have facilitated its implementation and reach. Iluméxico works with government bodies, such as the Ministry of Energy, the Federal Electricity Commission, the Ministry of Social Development, and the National Housing Commission, for community information, implementation strategies, and public policies to address energy infrastructure in Mexico. By working with a special cross-ministry task force, Manuel has access to various government programs without being beholden to any single ministry that could suddenly drop his program.

Currently, Manuel is working directly with government officials to form technical standards for such projects and collaborate with government and state agencies to spread their model across Mexico and eradicate energy poverty.

From 2010 to date, Iluméxico has installed solar equipment in over 1,700 homes in eight states of Mexico, 12 schools and computer centers, and four community centers. Iluméxico has worked in more than 100 communities in some of the country’s most marginalized areas, including Cochoapa, the municipality that ranks having the lowest social development in all of Mexico. By 2025, Manuel aims to bring light to all remote and marginalized communities in Mexico. However, he only considers this the first step of his ambitious plan. Currently, Iluméxico is primary installing systems for two light bulbs, but Manuel knows that does not necessarily mean a household’s energy needs are met. In future phases, Manuel will gradually increase energy system capacities in households that have installed his systems so that they can use blenders, refrigerators, water pumps, computers, and similar technologies.

Manuel is confident that his combination of developing deep and enduring ties to the community, combined with simple, cost-effective off-the-grid technologies, and working through a network of community, government and private sector partners will allow all Mexicans to have access to electricity and improve their lives.

From childhood, Manuel aspired to start a business just like his father, which led him to the National Autonomous University of Mexico (UNAM) to study electrical engineering and develop products for the bottom of the pyramid. During his studies, he participated in the Goldman Sachs Global Leaders Program and traveled to the Global Leadership Summit in 2007 in New York. There, Manuel met an inspiring group of people involved in environment and climate change issues and became immediately impassioned with the topic. When he returned to Mexico, he founded the Society of Energy and Environment (SOEMA) with the assistance of his new colleagues and several faculty members. Today, SOEMA has over 400 members and has organized events, conferences, and projects that included the participation of Mexican Secretaries of State and Nobel Prize recipients, to tackle topics such as reforestation, recycling projects, and wind farms.

After college, Manuel worked at General Electric in their wind energy division. In 2009, he won a scholarship to go to Calgary International Student Energy Summit, where he finalized his idea of starting an energy and social development company. Returning to Mexico, Manuel assembled a powerful team to further develop his idea and applied for the Santander Bank Business Innovation Competition. Iluméxico won the competition and the capital awarded from the competition allowed him to quit his job and work full-time for Iluméxico.

They are currently working to create ILU-Centers, customer service/help desks in key municipal locations for access to personalized assistance, spare parts and other services such as battery charging. This is made possible through the sale of the Maintenance Plan which users renew each year for access to these services; if this remains active after 3 or 4 years then they receive a free replacement battery, which would ease family expenses. This scheme ensures provision of the best assistance for users.