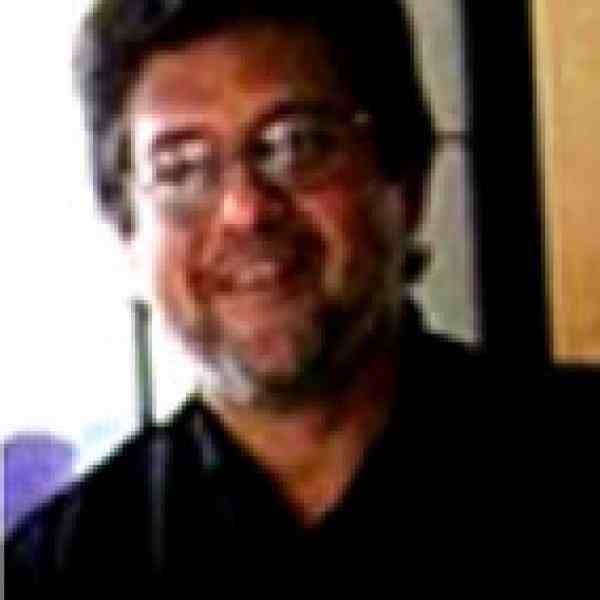 Manoel “Bael” Arnoud Peixoto is enabling rural development in northeastern Brazil with a financial system that accounts for the entire production chain—from supply through income redistribution—of community-owned cooperatives. Bael’s approach focuses not only on economic growth, but also on reinforcing family structures that are the backbone of the cooperative system.

Bael strengthens the cooperative system at the heart of the rural economy in Ceara, a state in northeast Brazil, through a regional network of communities called “Pe Duro” that are organized under the Foundation of Cooperation and Development (ACOOD). These cooperatives are collectively owned businesses in which the community is involved in every step of the production chain from supply to consumption, and where all profit is distributed equally. Bael’s work both diversifies and reinvigorates rural economies by strengthening the entire production chain that exists within the community cooperative system. ACOOD focuses not only on business success, but also on how cooperative profits can be used to best benefit the community. Poverty and housing shortages in rural areas force many people to work on large farms owned by centuries-old family oligarchies or to leave their communities in search of work in cities. Bael and ACOOD reinforce community cooperatives through family savings programs and credit programs for building new homes or renovating old ones, and by investing in new enterprises such as biofuel production—all of which ultimately helps families stay together and earn better wages. Bael’s strategy works because it is suited to the unique “frontier culture” that exists in northeast Brazil. The Pe Duro network draws on economic and social relationships that have existed between communities for generations but which have never been formally organized. Additionally, due to the arid climate, communities in northeast Brazil have always been isolated from the rest of the country. ACOOD is well suited to the self-reliance and independence needed to survive in this part of the country, and Pe Duro has evolved into the strongest regional coalition that has ever existed in the northeast. Already it has influenced key policy decisions about cooperatives and microcredit in Ceara as well as other nearby states.

Brazil has one of the most unequal distributions of wealth in the world with poverty especially chronic in the northeast where harsh semi-arid conditions make survival difficult. The unpredictable climate produces frequent drought and hunger. Additionally, government presence is weak, resulting in poor infrastructure and support for education, healthcare, sanitation, employment, and housing. Low standards of living and unemployment lead to migration from the countryside to Brazil’s cities, which already host the majority of the country’s population. If individuals choose to stay in the countryside, most have no choice but to work on large farms that have been owned by the same wealthy families for centuries. However, it is nearly impossible to climb out of poverty using the wages earned in cities or on large farms. Such consistent low wages and few employment opportunities, coupled with increasing migration, is detrimental to family solidarity and contributes to the instability of rural communities.

Housing shortages in rural areas also contribute to poverty and migration. Although the government focuses on providing urban habitation, little attention is paid to rural housing. Farmers can obtain loans for farm buildings such as storehouses and animal pens, but few systems are in place for housing loans—both for new homes and home improvements. As a result, rural farmers often live in overcrowded, unsanitary, and poorly constructed homes that may not have plumbing or electricity. In the few instances where credit is available, the process for acquiring it is laborious, bureaucratic, and not guaranteed. Fear of debt on the part of farmers makes them wary of loans, regardless of whether it comes from community cooperatives or government programs.

Bael founded ACOOD in his hometown of Massape and neighboring communities in 1991, but it was not until 1999 that he transitioned ACOOD from a community group to a citizen organization (CO). Drawing on what he learned during this period, Bael launched an education program to train young leaders from twenty-three communities in his approach to agricultural and socioeconomic development. Graduates of the program returned to their communities, organized local ACOOD Oversight Committees (governing bodies of community members who are regularly elected), and joined the Pe Duro network. These regional networks represent different types of businesses and all aspects of the production chain, advocate for their interests, and enable local cooperatives to collaborate and share knowledge—making Pe Duro adaptable to local needs and also replicable across communities.

ACOOD constantly develops new systems to support economic innovation and communication between Pe Duro communities. To this end, Bael founded the first Information Technology and Business School in Ceara in addition to a community radio channel that coordinates Pe Duro activities and spreads information. In partnership with the Federal University of Ceara, ACOOD also develops systems for community organizing around such issues as land reform, food safety, gender, and representation in local government assemblies. ACOOD generates profit through building infrastructure. For example, Bael installed an Internet center in Massape that is free for Pe Duro communities but that charges a fee for customers from nearby urban areas. Bael also introduced Bank of Brazil services to Ceara, and because they are community managed, negotiated a deal with the bank that waives bank fees. Incorporating the Bank of Brazil strengthens both local communities and the regional economy and this, in turn, makes it easier for ACOOD to work with local politicians who increasingly view Pe Duro as an economic development tool.

Additionally, because existing credit cooperatives only focus on how loans can be used for production, Bael founded CREDNORTE to introduce more diversified services. Since rural farmers have never been exposed to successful microloan programs, they lack confidence about money management and fear incurring debt. To reverse this phenomenon, CREDNORTE is run by committees of borrowers and offers the lowest available interest rates at 1 to 3 percent. Bael also created COOPERHAF to offer rural housing credit. Not only does COOPERHAF offer loans for new homes and mortgages, but its initiative of “Bettering the Home” enables borrowers to take out small loans for home improvements, such as fixing a roof or purchasing a bed. Its innovation lies in its flexibility. In fact, COOPERHAF has spread to urban communities because of the high demand for Bettering the Home–the first time a rural strategy has been adopted as an urban development strategy.

ACOOD’s initiatives in Ceara have strengthened rural communities so much that migration waves have lessened, as well as employment on large farms. Bael’s work currently focuses on every aspect of the production chain, but will now focus on developing consumption strategies and consolidating umbrella networks to spread his work throughout Brazil.

Bael was born in Massape to a landless, small-scale farming family. When he was twelve- years-old he discovered that his grandfather, who worked on a large farm, was being exploited by the landowners. Bael began organizing for workers’ rights and formed dozens of youth groups as a teen. During this time, his friend was shot while planting with his family. Before he died, Bael’s friend told him not to abandon his struggle for workers’ rights.

When the Landless Rural Workers Movement (MST) arrived in Ceara, it received almost no support from the community. Bael was in university at the time, but dropped out to join the MST. In 1991 Bael left MST and founded ACOOD. Initially, ACOOD functioned as a community association that organized local development projects and unions. Bael, not originally familiar with the social sector, but following the advice of his colleagues, began researching similar organizations and eventually converted ACOOD to a CO in 1999. This enabled Bael to increase his impact and consolidate ACOOD into the founding organization for the Pe Duro network and the nine initiatives ACOOD has since developed.