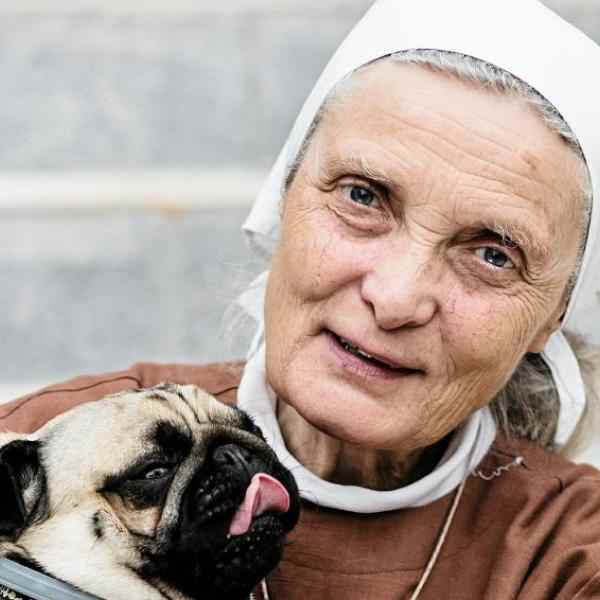 Bread of Life Community / Wspolnota Chleb Zycia
Malgorzata Chmielewska, a Polish nun, is the founder of a project that provides shelter and respect for homeless women and their families. Her program seeks to reintegrate them into society and to…
Read more

Malgorzata Chmielewska, a Polish nun, is the founder of a project that provides shelter and respect for homeless women and their families. Her program seeks to reintegrate them into society and to increase public sensitivity to patterns that push some citizens to the fringes of the society.

Malgorzata Chmielewska has approached the problem of homelessness in Poland by concentrating on women, whom she sees as being the most vulnerable because they have fewer resources available to them than do homeless men. She also differentiates among different types of homelessness and has developed a more comprehensive set of services than has existed previously in Poland. Her work focuses separately on the varying needs of women who have been battered, women with young children and women with older children and entire families. Her concept of care seeks to avoid making those who need help dependent on the helper. The most complex part of her program is a fourth house where the inhabitants create a self-supporting community. This group includes not only women but also men and families as well. Sister Malgorzata, as she is widely known, has demonstrated a lifelong commitment to people on the margins and her ultimate goal is to bring them back into society, with a home, work and hope. Her program works to build a community base both among its homeless clients, who develop self-sufficiency as a group and within the larger community. Through the media and a coalition of organizations that work with homeless people, she presses for public awareness and new policies; her effectiveness is drawing attention from a broad Polish audience and from groups working on the problem in other countries.

As in other countries, jobs in Poland constitute people's main access to shelter. A closed business and lost livelihoods for the employees are a chain of events that for some end in homelessness. The totalitarian system has been a factor in this process in Poland: in the past jobs were guaranteed by the state, which supported economically weak ventures "from above," often through everlasting government subsidies. Transformation toward a market economy brought bankruptcies and unemployment; many were unprepared to survive alone in the new, competitive society and the numbers of people who could no longer maintain their homes have grown.

There is limited space for homeless people in Warsaw and less for women than for men. Shelters have been established for homeless pregnant women and for the mothers of babies up to six months old. However, no other children of those mothers were admitted; when a baby grew to be older than six months, it had to leave the shelter and there was no place to go. Before Sister Malgorzata's program, none existed for women with older children–whether pregnant or not–and there were no shelters for battered women.

In addition to the need for help and shelter, Sister Malgorzata also addresses the issue of dependency: How, she asks, can homeless people be helped without making them dependent on the helper? Her answer is to focus on facilitating their self-sufficiency.

Sister Malgorzata has separated out the differing needs of several distinct populations of homeless women. She has created a system of four houses in Warsaw, providing a full set of options for battered and homeless women and mothers (and some men). The first is an overnight shelter available to people who need emergency care, with a first-aid program (medical doctor, nurse, social worker). A second shelter is set aside for pregnant women and for mothers with younger children. The third, longer-term hostel is for mothers with children of all ages and for families. The most advanced program is in the fourth house, which is meant for women, mothers with families and homeless men, where the inhabitants create a self-supporting community. In this system, old, unused houses are reconstructed by the inhabitants themselves. Food is donated by such neighborhood resources as bakeries and grocery stores. House members grow vegetables and raise chickens and circulate the food among all the community houses. In keeping with Sister Malgorzata's commitment to nurturing self-sufficiency, the residents cooperate in a system of self-government, where they set the rules and settle disputes.

Sister Malgorzata has worked tirelessly to raise community awareness about the problem of homelessness in Warsaw. In an attempt to make members of the city government more aware of the problem, she lobbied the city government for financial assistance for her shelters. Moreover, she began a media campaign to generate public discussion of homelessness among women and children. This included several newspaper articles and a television public-interest information campaign. As a result, Poland's largest television studio broadcast nationally a program about homelessness on March 31, 1996. As it was a Sunday, the program was viewed by a large audience. Polish politicians were invited to participate. Many did and the participants publicly declared their intentions to solve the problem.

In addition to the four shelters in Warsaw, Sister Malgorzata is actively working to expand her program to other major cities in Poland. She has also represented Poland in an international conference devoted to the needs of homeless individuals. Her work is expanding into other countries of the former Communist bloc: Sister Malgorzata and several Polish colleagues worked extensively in cooperation with a citizens' group in Belarus to establish a program there similar to her work in Poland. Sister Malgorzata is also exploring possibilities to adapt her project to needs in Ukraine and Romania. She has also cooperated with other Ashoka Fellows who have been addressing the needs of Poland's homeless people: she has assisted Wojciech Onyszkiewicz and Tomasz Sadowski. The uniqueness of this program has attracted students from Polish universities and social workers, as well as volunteers from France who wish to start similar systems.

Both of Sister Malgorzata's parents transmitted charitable values to her. Her father, a medical doctor, chose to work in the impoverished areas of Poland. Her mother was a teacher who was always eager to lend a hand and helped many people. Sister Malgorzata started joining in while in high school, giving care and delivering meals to old people in the neighborhood. After completing an academic program through a master's degree, she gave up her career as a biologist. She chose to help the weakest members of society as her way of opposing the Communist regime, which denied poverty. She worked in a school for blind children, cared for women in prison and was also employed as a blue collar worker. She became a member of a Catholic order that eventually expelled her because she insisted on including prostitutes among the people she worked with.

Soon after, she joined an international Christian community that is based in France, the "Pain de Vie" (Bread of Life), whose values are crucial in all her undertakings. "We solve everyday problems according to Christian values," says Sister Malgorzata.