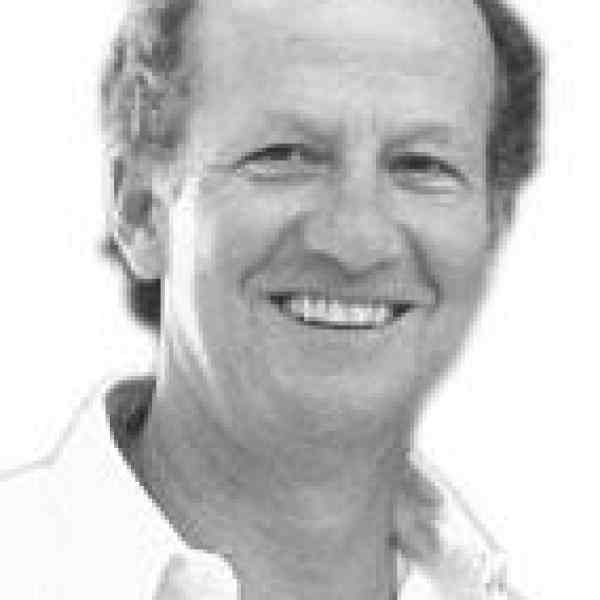 Check out this video of Larry's work:

Larry Rosenstock is promoting a new form of urban education that fuses traditional liberal arts curricula with innovative, hands-on learning projects for all students–regardless of the socioeconomic status and educational background of their parents.

Larry aims to show that High Tech High (HTH) can answer the problem that has plagued U.S. public education for more than a century&#150;the misfit between vocational education and chances for real success among disadvantaged students. His HTH eliminates traditional boundaries between "technical" education (code for tracking low-income kids) and traditional college preparatory, liberal arts-style secondary education (typically provided to students from higher income backgrounds). In its place, HTH offers a highly stimulating educational environment that encourages students to immerse themselves in real-world career experiences. Instead of attending regular classroom lectures, taking tests, and turning in homework assignments, HTH students spend four years working primarily on individual and group projects that provide hands-on experiences, and are complemented by academic curricula. Students are assessed for their work in teams as well as individually. The beauty of HTH is that students are well prepared for the world of work, and at the same time, they surpass traditional benchmarks of academic success, scoring far better than their urban counterparts on traditional, standardized tests and college entrance exams. Nationally recognized as "the high school of the future," HTH serves as a public "learning lab" and hosts at least 1,000 visitors a year who are interested in learning about the model. The Bill & Melinda Gates Foundation recently announced its commitment to support Larry in his efforts to replicate HTH in nine new locations nationwide. Since HTH is structured as a publicly funded, privately operated charter school, Larry enjoys the latitude to run the school according to his vision. His thumbprint can be seen in the very walls of the school: artfully crafted, the school looks and feels more like a high-tech college campus than a dreary, prison-like institutional high school. Says Sara Garcia, Program Director for Edison Schools: "When I saw the school for the first time, I said, 'That's Larry.' He immediately makes space beautiful. His vision lends a dignity to a school like none I've ever seen."
Larry introduces innovations at the staff management level, as well as in the architecture of the school. He has persuaded the State of California to pass new teacher certification legislation, and as a result, HTH can now recruit and hire teachers like physicists, mathematicians, and computer technologists from nontraditional backgrounds. These accomplished professionals join HTH because it is a place where they can continue to be creative and at the same time teach and give back.
Perhaps Larry's greatest innovation is his vision for the curriculum. Prior to launching HTH, Larry served for two years as the director of the New Urban High School project. This study involved a nationwide effort to find, describe, and design new models for America's high schools. Through this effort Larry identified the core best practices from the highest-performing schools in some of the worst neighborhoods. Several core school-design principles emerged from this study, including: personalization&#150;students learn better when teachers know them well; adult-world immersion, like internships and projects based in the community; and a common intellectual mission, by which every student receives an equal education without distinctions like "college prep" and "technical" (or vocational technical) preparation. While many education reformers currently subscribe to these principles, and some arrived at them at the about same time, Larry is recognized as the first to articulate them in a coherent way and then demonstrate their success by designing a model school based on principles that could be easily replicated.
"It's fresh thinking," says Ted Sizer, founder of the Coalition of Essential Schools and former Dean of the Harvard Graduate School of Education. Sizer says he counts Larry as one among the small handful of the most innovative education reformers working in the U.S. today. Others agree. "He's out ahead with this," explains Kim Smith, CEO of the New Schools Venture Fund, a philanthropy created by venture capitalist John Doerr that invests in leading education entrepreneurs with national replication aspirations like Rosenstock and Ashoka Senior Fellow Don Shalvey of Aspire Schools. Explains Kim: "What Larry's doing is synthesizing heretofore separate streams of charter reforms&#150;thoughtful use of technology, mentoring and counseling, project-based learning, teams of teachers that are combinations of industry experts [to whom HTH] adds the teacher credential. Then Larry adds another layer by integrating performance-based portfolio assessments." Tom Vander Ark, Executive Director of Education for the Bill & Melinda Gates Foundation, agrees: "What's unique about Larry and High Tech High," says Tom, "is in how carefully the layers are integrated. The pedagogy, the staffing structure, the community connections&#150;they all work together, better than anywhere [I've ever seen]."

Urban high schools in the United States are failing to educate their students. This failure is most pronounced for African-American and Latino students. In a recent assessment of national education progress (NAEP), 74 percent of 12th grade white students scored at or above the "basic" level, and 20 percent scored at or above "proficient." For African-American students, only 31 percent scored at or above "basic," and 3 percent score at or above "proficient." In science, the gap is even greater. Beyond academics, schools are failing students in other ways. Urban high schools remain starkly segregated by race and class. At least 75 percent of Black and Latino students attend a school that is predominantly minority, while a Caucasian student typically attends a school that is 80 percent white. In cases where the large public high schools are integrated across the student body, internal tracking, usually based on standardized tests, predetermines different educational experiences and outcomes for children of different race and class backgrounds. Poor students continually are "tracked" or "dumped" into vocational education programs, while students from more well-off backgrounds are most often tracked into college prep curricula. This tracking is one of the strongest indicators for success later in life–in effect, schools are pointing the disadvantaged kids toward future failure before they even begin their education. High Tech High does not track its students. It provides an exceptionally high quality of education to every student who enters its doors.

High Tech High currently enrolls 300 students and will grow to 400 next year. A middle school for grades six to eight opened in 2003. Replication of the HTH model is underway. By this fall, five new schools will open in New Bedford, Massachusetts; Los Angeles, California; Oakland, California; and Denver, Colorado. Three more schools are planned. High Tech High also sponsors the HTH Learning Institute to provide technical assistance to schools districts interested in adopting the HTH model. HTH has already begun to force change within the existing public school system: The City of San Diego recently approached Larry about duplicating HTH in 10, new, small schools–an unprecedented move on the part of a public school district. This move has been credited in large part to Larry's ability to cultivate and maintain close relationships with leaders in the existing education system, in this case the superintendent of the San Diego Public Schools. The 2002-2003 annual budget of High Tech High in San Diego is $2.735 million–approximately $6,400 per student. The core of the financial model for HTH is based on the fact that, as a public charter, the school is eligible for funding from the state on a per-pupil basis. In San Diego, High Tech High receives $5,700 per student in state funds, while district public schools overall run at an average cost of $7,600 per student. As the school grows to its full size, the overall budget will reach $3.8 million and the cost per pupil will be $6,300. When HTH grows to its optimal size, (1,200 total, with 400 in each of two high schools and 400 in a middle school), per pupil costs will approach the state funding formula. Local fundraising will make up the balance. HTH Learning has secured substantial funding for its first five years and the business model includes an increasing share of fee-for-service income after year five. With regard to the nine additional schools, a similar model applies: The state provides a minimum level of funds per student, and local funding makes up the difference between what the state provides and what is needed. The Bill and Melinda Gates Foundation has committed an additional $1,000 per student per year at replication sites, which partially narrows the gap.

As a result of the legislative reform effort in California to pass a new teacher certification law, which allows midcareer professionals and young people to earn a state teaching certificate, Larry has an innovative faculty-recruiting policy. HTH and sister schools recruit accomplished professionals who otherwise would not be able to teach because they did not pursue traditional teacher-training education and its path to credentials and certificates.

A carpentry teacher by vocation and a lawyer by training, Larry Rosenstock is driven by two passions: burning desire to leverage his intellectual and technical skills as a lawyer to change the U.S.'s severely broken educational system; and the goal of pursuing his love of working with his hands and teaching underserved youth. "It's not a holier-than-thou, missionary-type of possession," says Sarah Garcia, Program Director for Edison Schools. "It's more of a steady fire that burns in him." Larry's entrepreneurial streak is clearly as strong as his passion for social justice: "On a scale of 1 to 10, as an entrepreneur in education reform, Larry's a 12 or a 13," says the Gates Foundation's Tom Vander Ark. Larry supported himself during law school by working as a carpenter. He left the law to teach wood shop for 11 years in Boston's public schools–a system that was undergoing painful desegregation in the early 1970s. Launching his career during the civil rights movement, Larry was drawn to public education because he believed "it had the potential to be a truly democratizing institution and a place where young people could transcend race and class barriers." Soon Larry's eyes were opened to the stark inequalities of the public educational system: "I saw that my students had been 'tracked' or dumped into vocational education because of the race, language ability, and economic level of their parents. They had been judged as having no intellectual future, yet many had great intellectual capacity." He came to view vocational education (like carpentry) as a mechanism for segregating students by class, race, gender, and language ability. At the same time, Larry saw that vocational education provides students with authentic, purposeful, and utilitarian learning. "I began working on projects which integrated practical and technical skills with intellectual concepts and saw this was a highly effective way of learning for these students–students who had been prejudged as failures in the traditional classroom setting," he says.