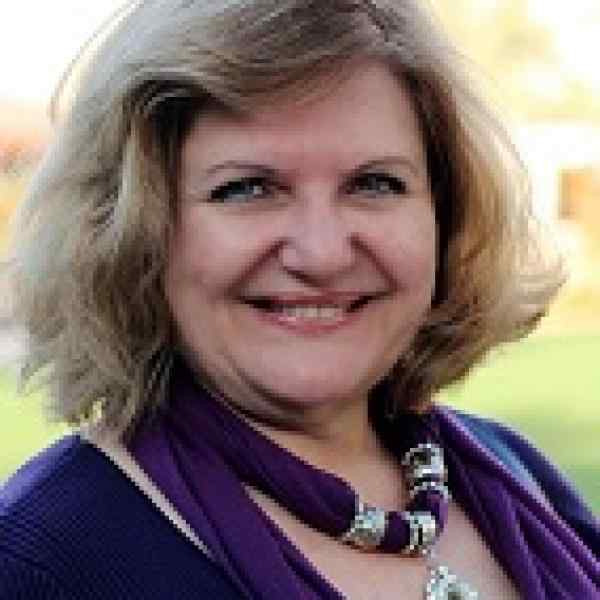 Childhood sexual abuse, which almost always has lifelong terrible consequences, is widespread, but long was unmentionable in Egypt. Laila has forced it out of the shadows, using many tools—ranging from her own television broadcasts to three teacher champions in a growing number of schools who train everyone else (students, parents, teachers, nurses) in prevention/detection/response.

Laila works all along the spectrum from prevention to rehabilitation. For example, children learn what sexual abuse is, how to reject and report it, and that it is not their fault. And everyone—from students to nurses and parents—learns to spot the symptoms and what to do. This work is backed up by well-developed curricula for each age group and gender.

Laila has now won over the government which will soon be using her curricula across its schools.

A study done by the UN in 2013 found that approximately 1 out of every 4 females and 1 out of every 6 males are sexually abused before the age of 18. Sexual abuse during childhood has severe, negative, and long-term effects. Victims face psychological problems that will affect their future and how they interact with society. A victim often experiences low self-esteem, poor school performance and job productivity, feelings of guilt and shame that paralyze them from becoming active in society, self-hatred and self-mutilation, and/or sex and porn addictions. 30 percent of sexually abused children perpetuate the cycle of violence by becoming abusers. Sexual abuse often leads to mental illness revealed later in life.

In Egypt, sexual abuse has never been tackled in a structured and focused manner due to a culture of shame. There is a clandestine acceptance of sexual abuse and little knowledge of its prevalence and consequences. People are either ashamed to speak about it and deny its existence, or are misinformed and unaware it is a problem. The media coverage of sexual abuse in Egypt is scarce and mostly inaccurate, driven by misconceptions about the issue and a non-scientific understanding of the problem.

Several organizations are tackling women’s issues that deal with harassment and abuse, but few efforts are being made to address the issue of sexual abuse among children. Children, parents, and teachers are not given information about sexual abuse—how to detect it nor how to cope with it. Additionally, victims do not feel they have a safe way to report abuse or receive help if they have been abused in the past.

Indeed, there is no reporting mechanism in place for victims to report incidents of abuse. Only 10 percent of cases are reported largely due to the fact that 87 percent of sexual abusers are close family members. The victim and his/her family are strongly discouraged from reporting the incident for fear of bringing shame to the family and the abused person, or losing the bread-winner of the family. Though there is a law against sexual abuse (which includes rape), it is not widely enforced. People do not report cases so they are not documented. Moreover, both the police and the judiciary systems tend to blame the victim rather than offer support and help, reflecting the same societal bias.

To spread awareness about the prevalence of sexual abuse in Egyptian society, Laila has developed a structured strategy to address key stakeholders through education and media outreach. Laila’s Not Guilty for Family Development has created tools to educate and train children, parents, teachers, and social workers in addition to spreading knowledge about the topic in the media. Laila’s methodology defines what sexual abuse is, discusses why it is a crime, and highlights its consequences. Laila has developed a three-pronged curriculum: one tailored for children, another for parents, and one for social workers and teachers. The curriculum for children includes books and training that address what sexual abuse is and what to do when you feel you are being abused. There are different curriculums according to gender and age group (ages 4 to 9; 9 to 12; and 12 to 16 years). The curriculum for parents, teachers, and social workers address how to detect if a child is being abused, how to report it, how to stop the abuse, and how to counsel the child.

As part of the curriculum, Laila spreads knowledge about the issues and consequences of sexual abuse. For example, once children learn that sexual abuse is wrong and unacceptable, they are taught how to reject and report it, while also learning that it is not their fault. Parents are adequately informed about how to watch for signs of sexual abuse and what to do if they detect their child is being abused. Laila also works with teachers to help them spot the signs of sexual abuse. School social workers are equipped with the proper skills and training needed to handle cases of sexual abuse. Laila uses hands-on learning approaches and role-play as well as real case studies as part of her curriculum.

The curriculum is shared with schools, nurseries, and orphanages, using carefully selected and trained trainers to implement the curriculum. Laila currently has 25+ volunteer trainers and in just two years, these trainers reached 4,000+ children, parents, teachers, and social workers in Cairo, Alexandria (Northern Coast), El Minya (Upper Egypt), and Jordan. To implement her curriculum in a new school, Laila builds a relationship with the school’s administrators, and educates them first about sexual abuse. As a result of Laila’s pioneering role in founding a sexual abuse training curriculum in Egypt, the Ministry of Social Affairs reached out to her in 2012 and requested to use her training curriculum for all social workers in January 2013.

In addition to education, Laila uses media to educate the Egyptian public, particularly raising awareness among youth about issues related to sexual abuse. In 2007 Laila developed a TV program for youth, We Will Live Our Lives as We Should. Her program discusses taboo issues such as premarital sex, masturbation, pornography, and peer pressure. In addition to this program which is still shown, Laila has finished writing and filming 25 episodes of another program dedicated to sexual abuse. This program is called Not Guilty. By working with a famous Egyptian filmmaker, Laila hopes to increase viewership. This program will increase public awareness and help to publicize her work and spread her curriculum to more schools.

Laila also uses the media to tackle the high level of stigma and guilt associated with victims of sexual abuse. She believes engaging the public in discourse will increase awareness to change behavior and policy. Laila will connect her TV program with her citizen organization office, which she has turned into a resource center for families who want to receive support or advice regarding sexual abuse.

Laila is sealing agreements with the Ministry of Education to integrate the curriculum she is using in private schools and other institutions while making it a requirement in all of Egypt’s primary schools for children, teachers, and school administers to receive her training. She reached an agreement with the Deputy Minister of Education to carry out her curriculum in all of Cairo’s public schools. Laila is also in the process of developing a Safe School Accreditation Program, which will be implemented at the national level with the help of the Ministry of Education. The program will extend her training to at least three teachers from every school to act as ambassadors. These selected teachers will ensure that the school is safe by monitoring the children and working with other teachers to detect child abuse. To reach Egypt’s next generation of teachers, she has secured a grant and sealed agreements with the College of Teachers to train 500 students studying to become teachers.

Laila’s long-term plans consist of developing a system by which people can report incidents of sexual abuse. Until the ministry adopts Laila’s school accreditation program, she plans to reach people through mosques, churches (training Sunday schools teachers), and youth centers. Other plans include training doctors to detect sexually abused children/patients.

After reaching national impact, Laila will expand her work beyond Egypt. She has already taken steps to implement her curriculum in Jordan. The Safe School Accreditation Program is a model that is applicable to other countries in the Arab world and may be easily replicated elsewhere. In addition to Laila, Not Guilty for Family Development has five full-time staff, including a training director, a training coordinator, website and social media manager, secretary, and administrative/finance manager. To sustain her program, Laila uses revenue from her book sales as well as from training fees.

Laila grew up in a family that valued hard work and community service. Her father enrolled her in first grade at the age of three and pushed her to excel in school. Laila’s mother was an empathetic and compassionate person to the extent that Laila’s father joked that he was afraid to come home to an empty closet, fearing that she had given all his clothes to the needy.

As a teenager, Laila accompanied her mother on regular visits to an orphanage. Laila’s mother often invited one of the boys from the orphanage to spend time at their home. He eventually became part of the family. The orphanage thought he was deaf, but Laila’s family discovered that he had a difficult time speaking because he had been traumatized as a child, witnessing his father kill his mother. Laila inherited her mother’s innate kindness.

With a mission to help abused and marginalized people, Laila pursued a career as a medical doctor and graduated from medical school in 1980. She had an experience during her training in which she came across a burn patient being neglected by other nurses because she was a prostitute. Drawn to this marginalized patient, Laila took it upon herself to not only help the patient but also help the nurses understand the importance of treating all patients equally.

Laila received her master’s degree in Paediatric Immunology from Cairo University in 1984 and completed a PhD in Childhood Studies. Her experience working with children led her to a discovery that many physical illnesses are caused by a variety of social and psychological problems. Laila felt her role as a doctor had not enabled her to address the root causes of many children’s health issues, and knew she needed to work at a deeper level than bandaging wounds.

After finishing her PhD, Laila started a TV program focused on youth issues. She interacted with many children and teens while writing and presenting her program. Laila became deeply touched by their daily struggles and came face-to-face with the harsh reality of the number of teens who were child-victims of sexual abuse. Feeling unequipped to cope with the details of sexual abuse, in 2009 Laila travelled to South Africa to meet Olindia Bresser, an inspiring survivor of sexual abuse. Laila was then energized to go back to Egypt and begin working on this issue. She equipped herself with an internationally approved, three-year diploma and became licensed to work with sexual abuse survivors. In 2010, Laila founded Not Guilty for Family Development, taking her TV program to a new level and dedicating herself to combating the issue of sexual abuse.

In addition to her work with sexual abuse, Laila published a book for tourists called Stay Healthy in Egypt. The book was translated to English, German, and Italian and sold over 12,000 copies. Laila has also written a series of four children’s books, organized weekly meetings for youth on decision-making, and organized summer camps, sport days, and other creative events for children while addressing sexual abuse.