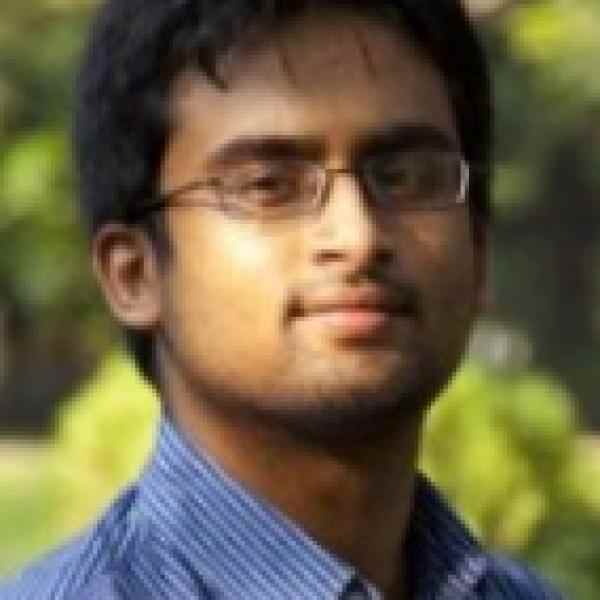 Kuldeep Dantewadia is enabling children to influence their environment through participatory problem-solving methodologies based on their schools’ and students’ environmental needs and concerns. Kuldeep is creating a new method of environmental education for children and youth by merging theory and practice, instilling the empathy, knowledge, skills, and experiences to identify and solve environmental problems.

To create an environmentally aware and active generation, Kuldeep is designing a participatory method of learning about environmental issues. He increases children’s and youth’s empathy in a sustainable manner through long-term engagement and real-life problem-solving activities related to environmental issues. He takes children through a cycle of “why” (a problem exists), “how” (to create a solution), and “what” (are the expected outcomes and what needs to be done to achieve them). The children learn to co-create among themselves—as well as with adults—on a wide range of solutions, from simple actions such as fixing leaking taps to more ambitious projects, like creating biogas plants for their school. Kuldeep fuels their enthusiasm and creativity by having them track the impact of each and every solution they co-design and implement.

Kuldeep ensures that children cultivate learning and problem-solving as a routine habit through a combination of game mechanics, peer pressure, and buy-in from the community (teachers, parents, and neighbors). Children begin to exercise their learning by various means in their communities—some make their parents understand the importance of rainwater harvesting systems and get them to install home systems, while others perform home and computer energy audits to come up with solutions to optimize energy consumption.

Kuldeep believes that environmental issues are the best place to start teaching children the skill of applied empathy, by feeling and solving the problems of others. He believes if a child can master a level of empathy to understand, acknowledge, and solve an environmental problem which cannot be currently felt, it is only a matter of time before she/he solves problems faced by their peers and community.

Many adults, especially in urban areas, are disconnected from their environment. Modern infrastructure leads to the assumption that the water they drink will continue to be supplied as long as they pay the fee, or that the energy they consume comes from sources which are harmless to the environment. On the other hand, those who are environmentally conscious sometimes lack the imagination, enthusiasm, and inspired creativity to problem-solve. Furthermore, the growing perception that environmental sustainability measures require large-scale, resource-heavy investments acts as a deterrent to citizen-led initiatives.

While several educational initiatives led by the government and citizen organizations (COs) recognize the importance of environmental education, they often stop at imparting learning and do not expose children to problem-solving. The practice of rote learning in the country’s education system only makes internalizing these lessons and applying them more difficult. Finally, the very few initiatives that encourage participatory natural resources management among children in schools fall short of imparting in children the practice of “going green.” Such resource management activities become short-term, fun school projects, instead of long-term behavioral change programs for children.

Kuldeep believes that it is essential to engineer behavioral change, especially among children, in order to see long-term positive impact on the environment. He set up ReapBenefit as a non-profit trust in 2011 to create spaces and opportunities for citizens, particularly youth, to empathize and solve environmental issues around them, learn the importance of solving such problems, and create local, low-cost solutions to effectively address them.

Toward this goal, Kuldeep identifies and partners with government schools, private schools, and universities to introduce his curriculum. In schools, he targets children in grades 6 to 9, over an academic year, through 15 sessions which cover topics like waste, water, energy, and biodiversity. The sessions are driven by children who co-design their curriculum (based on what issues most matter to them and their observations of surroundings). Kuldeep’s curriculum and pedagogy take the children through a cycle of “why-how-what” on these four aspects of environment. Children are encouraged to ask “Why?” at all times during the program.

For example, through the program, children observed that although they use the taps for only about 10 seconds while washing their hands, they consume more water than they think. The dialogue leads them to realize that the small surface area of the nozzle requires one to place their hands longer under the tap and hence disburse more water than is actually necessary to wash hands. Once they understand the problem and see the opportunity, they discuss various options, such as aerators available in the market. Debating the various options, they decide to choose one or come up with their own version of an aerator, which is a low-cost device to manufacture and implement. Once the aerator is designed and fitted in the taps, they track its use and plot it against the map they made earlier. Thus they are able to identify the problem, co-create a solution with their peers and adults, and most importantly, quantify its impact. One or two members from Kuldeep’s team, along with a teacher from the school, are present to guide children in activities. While such problems have readily available solutions, Kuldeep encourages children to think out-of-the-box. In government schools with few resources, he encourages children to come up with cost-effective yet creative solutions such as transparent waste bins, which creates peer pressure in segregating wet and dry waste and low-cost wash basins, which help filter solid waste from used water and help reuse the water for toilets.

Students design the curriculum, drive peer instruction and also design game mechanisms through which they rate themselves, teachers, and Kuldeep’s team. Students and teams accumulate points during sessions for various activities during the day and for those carried out after the session, ranging from educating parents and neighbors about environmental problems to co-creating solutions to address those problems. Kuldeep believes making games out of the lessons incentivizes students and makes it more enjoyable for them, while at the same time acts as a creative tool to track impact.

To instill skills of empathy and the cognitive skills to understand patterns that connect human activity to the larger flows of nature, Kuldeep organizes “step-out” sessions. These sessions include trips to understand the local waste system, including a “garbage tour” (i.e. taking students through the entire value chain of waste management, from street dustbins to local dumps and waste management facilities), tours of corporate buildings attempting to become environmentally sustainable, along with visits to rainwater harvesting parks, and more. Step-outs instill an understanding of the long-term importance of safeguarding the environment. They also enable students to apply their learnings from the program to identify problems in their community, the know-how to suggest solutions, and the willingness to co-create solutions stakeholders. Kuldeep rewards children who display extraordinary creativity with corporate internships.

Once the children start identifying and solving problems at their houses and communities, parents and neighbors begin to get inspired and start engaging with the children in understanding the problem as well as assisting them with resources to create the solutions. For instance, some of the children have started segregating waste and composting at home, installing rainwater harvesting systems in their houses, doing energy audits, and convincing parents to understand the necessity of replacing gas- or electric-powered hot water heaters with solar water heaters. Some students have also worked with Kuldeep in deploying sanitation systems, grey water systems, and biogas plants in government schools. Kuldeep believes this ripple effect, driven by children’s enthusiasm, creativity, and knowledge, will drive much larger behavioral change in their communities. With game mechanics, he has already begun to track behavioral change in these children and their communities.

Since 2011, ReapBenefit has worked with 85 educational institutions—35 low-income/government schools, 25 private schools, and 15 colleges/universities—directly impacting 15,000 individuals. He has also worked with five corporations (i.e. sustainability audits and plans to introduce game-making learning sessions). In the long-term, Kuldeep believes his inroads into government schools will not only help him reach more children, but also influence policy. He has also begun to build a strong alumni program, which will continue to leverage the momentum built in these children after they graduate. Kuldeep is getting students from both private and government schools to work together on conservation projects to come up with low-cost innovative solutions for Bangalore’s lakes. With all these efforts, he has saved 200,000 kwh of power, 2,190,000 liters of water, and 200,000 kilograms of waste in a year; and developed 0.66 hectare of plants.

Given that government schools do not have any funds earmarked for such initiatives, Kuldeep engages corporations through a for-profit he set up in July 2013 to keep his audit work going on to generate funds. Aside from donations from philanthropic foundations, his impressive engagement with corporations in their sustainability audits and big corporations’ desire to spend their CSR money more wisely, has prompted them to fund his government schools initiatives. Right now, Kuldeep is talking to two such corporations willing to adopt nearly 100 schools in Karnataka. At private schools, he charges a reasonable amount (INR 400 to INR 3,000 per session). Apart from these revenue sources, Kuldeep’s team has developed an organic enzyme that quickens the process of composting food waste. He has been selling the enzyme through his for-profit to various environmental agencies that work with waste management.

Kuldeep plans to scale his work by handing the curriculum and pedagogy to teachers to teach in their schools and by training COs to lead such initiatives in their neighborhood schools. Additionally, designing impact matrices for tracking behavior change using software is also a high priority. Kuldeep is in advanced talks with one of the biggest IT corporations in India—who have offered to do this work pro bono.

Kuldeep is the eldest of two children in an emerging middle-class family in Bangalore. His father was passionate about Bangalore’s environmental issues, and Kuldeep believes his own relationship with the environment started as a child—discussing trees with his friends. Kuldeep felt at home in his school, where hands-on experience and values were rated more than bookish knowledge and skills. It was here that he also realized the importance of an inclusive community where everyone’s presence and participation was paramount. An avid orator, debater and quizzer, Kuldeep started building his own ways of accumulating learning beyond what the system provided. During school, among many extracurricular activities, he was involved with the Nature Club, and was encouraged to take simple actions like identifying and fixing water leaks, switching off electric utilities when not in use and so on. As part of the Youth Parliament Kuldeep realized there are ways to fix inefficient government.

After high school, Kuldeep attended a university in Bangalore to pursue Business Administration. He continued his passion for quizzing and debating and won several national competitions. Kuldeep created a web portal to match students’ interests with internship opportunities with corporate firms, which saw high demand. During this time, Kuldeep also started witnessing the hazards of Bangalore’s environment. An ever increasing number of immigrants to the city meant more trees were chopped down to construct roads, buildings, and rail lines. More waste accumulated and visible dumps appeared all across the city.

After college, Kuldeep dabbled with a few ideas in the environment space (including an idea to address problems faced by ragpickers) before deciding to participate in an inspirational, countrywide trip, Jaagriti Yatra. This is an annual event to take part in a long journey and to meet several social entrepreneurs. To understand all the aspects of waste management, Kuldeep personally collected garbage from 150 households in Bangalore. He also started doing carbon footprint audits for corporate firms as way to meet operating costs. With strong conviction, Kuldeep decided to start working with schools.