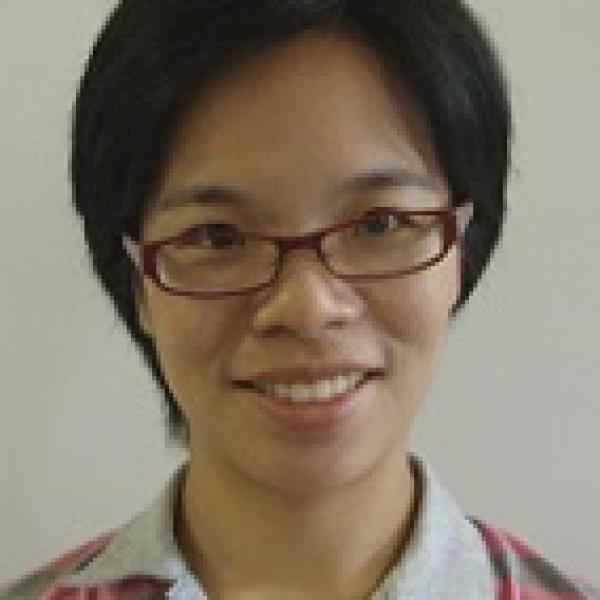 Working against the prevailing apathy of youth in Thailand, Sreesunpagit nurtures young leaders to articulate new ideas for social development and connects them to the resources and skills they need to bring their ideas to life.

Kritaya creates a system that supports young people in Thailand in developing and carrying out ideas for social improvement. Her work centers around the organization Youth Innovation Venture (YIV), which she founded as a playground for budding social entrepreneurs. Through YIV, Kritaya encourages motivated young people to experiment—to fall down, get up again, and ultimately leave their playgrounds with the confidence, knowledge, and concrete resources to implement their projects in the real world.
Development projects in Thailand have wasted vast amounts of money on ineffective programs that treat young people as objects rather than subjects of change. Learning from these programs, Kritaya encourages youth to lead new ventures, rewarding dozens of ideas per year with funding and professional mentorship. She positions YIV to release the innovative potential of young people, to lower the barriers that prohibit youth from implementing their ideas, and to guide talented minds toward sustainable careers in the citizen sector. Together, the participants in Youth Innovation Venture are engineering a new model for citizen organizing in Thailand that channels the energy and creativity of youth toward positive social change.

Young people in Thailand meet the increasingly complicated problems of their society with an abundance of concern but a scarcity of practical knowledge. Few young people have access to even the most basic information about how they can become involved in a project for social change. This problem became apparent to Kritaya when, seeking a handful of youth volunteers, she and a colleague were inundated with over 200 frenetic applications. Many of the applicants nursed creative dreams for a new society, but were paralyzed by feelings of isolation and uncertainty. This pattern repeats throughout the country: without opportunities to make positive change, young people fall victim to apathy and despair.

This situation persists despite huge financial investments in youth development. The Thai government spends the equivalent of millions of dollars per year on youth projects, but without significant effect, young people disdain the programs because they treat youth as passive objects. The programs offer no space for young people to offer their own solutions to entrenched social problems. Until Youth Innovation Venture, no organizations offered youth the means to design and implement an intervention from the ground up. For want of basic support, youth with the energy and desire to address urgent social needs found themselves pressed into conventional careers in business, their dreams for change permanently pushed to the side.

Kritaya uses her organization Youth Innovation Venture (YIV) to give young people the information and support they need to pursue rewarding lives of social innovation. She reaches out to young people through a network of more than 200 contacts in cities across Thailand, designing specific interventions for three groups: the natural innovators, the interested participants, and the disinterested bystanders. Members of the first group often track down YIV staff with original project proposals. Natural innovators need only resources and advice to carry through on already existing ideas for social change, but the other groups have to be carefully courted.

The second group of young people consists of interested participants, young people with a broad interest in bettering the world who need information about how to get involved. With nurturing from Kritaya, these young people can easily jump from holding general concern to leading specific projects for poverty alleviation, environmental protection, or education reform. To support them in making this leap, Kritaya holds regular training camps on social innovation, along with exposure trips that introduce interested participants to professionals already working in the citizen sector.

Kritaya also targets the third type of youth, the disinterested bystander. For this group in particular, Kritaya devises appealing and savvy publicity, notably including a pop song about a dream of changing the world that ended up in the Top 40 radio charts. She also advertises through concerts, tours of university campuses, Web sites, youth magazines, radio and television.

The work of Youth Innovation Venture comes to an energetic peak in its Youth Innovation Fair. The fair brings groups of young people together in a competition to develop projects for social change. Winning projects get a comprehensive support package including a full year of funding and professional consulting services. Projects are evaluated on their creativity, commitment, sustainability, applicability, social importance, and impact. During its first year, the fair exceeded all expectations by receiving over 200 proposals, from which YIV selected 16 winners. Among these was a project to reduce pollution in the Maeklong River and a plan for youth-led education reform in the nation’s far south.

Kritaya integrates winning groups into a network of young innovators who share ideas and support each other in implementing their projects. She provides them with training materials, along with mentors who can guide and advise their efforts. At the end of a year, YIV puts its winning groups in direct contact with funding partners and helps them attract the publicity and resources to continue operating on their own. Kritaya aims to identify and support 50 winning projects on a national level each year, and to set up regional fairs that sponsor dozens more.

The Youth Innovation Fair brings together a wide variety of groups working on youth development. This includes big funding agencies and international groups like UNICEF, government-related bodies like the National Centre for Child and Youth Development, and a host of citizen sector organizations. By placing representatives of these groups on the selection panels for the fair, Kritaya seeds collaboration among likeminded efforts whose leaders might otherwise never meet; she also connects her young innovators to experienced entrepreneurs and potential sources of funding. Building a web of contacts through the fairs and through hours of personal effort, Kritaya readies herself to expand her network of young social entrepreneurs throughout Thailand.

Kritaya Sreesunpagit had the opportunity to view her nation from a distance when her family moved to Australia during her high school years. She joined a Thai student group at her new school, but was disappointed to find that it spent most of its time organizing parties and events rather than supporting social causes. She convinced and cajoled the group to raise money for the construction of a reservoir in northeastern Thailand, finding that when pressed, her fellow students would reveal passionate beliefs and inventive ideas for social change. Unfortunately, after they came back to Thailand, her peers did nothing to advance the plans they so passionately advocated while abroad.

At Thammasat University, Kritaya joined one of the government-funded rural development camps that were popular vacation destinations among socially active university students in Thailand. She found the camps driven by habit rather than thought, providing errands for restless students rather than building anything useful for the villagers. She recalls how students who had started a library in a village school later went back to visit and found the building locked, full of dust and termites. The teachers explained that they had locked the library to keep the kids from messing it up. “Why are we making unused libraries, poorly constructed dams, and buildings in these villages?” Kritaya asked herself. “Shouldn’t we contribute something that actually makes use of our skills?”

In her fourth year at university, Kritaya founded a vacation project completely different from the camps: an online youth conference on information technology and rural development. Shortly thereafter, she and a friend came up with Thai Rural Net, a project to foster rural development through information technology. They submitted an application to the World Bank’s Development Marketplace competition, which would later serve as a model for her Youth Innovation Fair. Their proposal won funding, and immediately after graduation Kritaya and her friend began work on it full time. Thai Rural Net continues to this day, and in 2003 it won an Ashoka Citizens Base Initiative award for its success in mobilizing local resources.

In all her work, Kritaya draws inspiration and guidance from her father. An idealistic official at the Ministry of Agriculture, he worked closely with farmers when Kritaya was young and gave her firsthand experience in rural development issues. Always firm in fighting for his principles, he taught Kritaya to criticize injustice and stay true to her core values. When she faced a choice between developing Thai Rural Net and pursuing a lucrative scholarship to study in Singapore, her father’s teachings convinced her to commit to a career of social action that has culminated in the work of Youth Innovation Ventures.