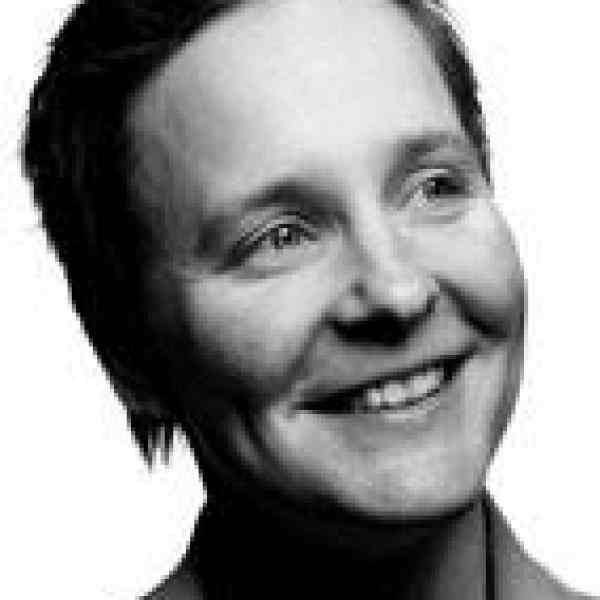 OneWorld Now!
Only a small, privileged group of American students travel abroad in cultural exchange programs. When they do, it is often life-changing. Kristin Hayden wants more young Americans to understand and…
Read more

Check out this video about Kristin Hayden's work

Only a small, privileged group of American students travel abroad in cultural exchange programs. When they do, it is often life-changing. Kristin Hayden wants more young Americans to understand and experience the cultures that are most relevant to our country’s future. She is reaching out to help disadvantaged American youth become the next generation of global leaders with a new worldview.

To prepare youth for success in the 21st century, Kristin Hayden’s idea is to develop comprehensive after school global leadership programs, primarily for low-income and minority students who have historically lacked access to cultural exchange programs. Recognizing the economic and political significance of Asia and the Middle East, Kristin wants a broader cross-section of young Americans to learn the languages and to understand and experience the cultures of people in strategically important areas such as China and the Middle East. One World Now (OWN) students study languages (currently Arabic and Chinese) that are rarely taught in U.S. public schools; participate in leadership training; and experience situations—language immersion programs or travel abroad—where they can and must use their newly acquired language and leadership skills.
Kristin believes that mastering difficult languages and developing leadership skills builds the students’ confidence, changes the student’s worldview and individual outlook, and provides the students unique, marketable competencies. It also raises expectations for success among the youth, their teachers, families, and communities, encouraging youth who had limited aspirations to plan for college and careers. Kristin believes that by helping One World Now participants access internships, college, and additional study abroad programs many of these students will pursue careers and take leadership roles in international service and policy development, and that all of them will bring a new worldview to their families and communities.
Since the majority of One World Now students studying abroad are not Caucasian, they help break down stereotypes of “what it means to be American.” One World Now aims to open up international experience, foreign language proficiency and cultural competencies to the broad population of young Americans to lay the groundwork for increased cooperation with our global neighbors. Kristin believes that the first step is to develop a corps of future leaders who can help Americans work and live in harmony with people throughout the world.

At a time when one in six U.S. jobs is linked to international trade (a growing trend), only a limited number of Americans speak foreign languages well and an even smaller number speak the languages or understand the cultures of the countries that are most crucial to our future. The top three languages taught in U.S. schools are overwhelmingly Spanish, French, and German. While the European Union requires students to be proficient in two languages other than their own, most Americans don’t study foreign language nor is it generally required. In many countries, students begin foreign language study in or before the elementary grades. In America, students generally don’t study a foreign language until high school, if at all; few students have the opportunity or inclination to study languages like Chinese, Russian, or Arabic. When conflicts in Afghanistan and Iraq took central stage, the U.S. government found that it had few, if any, speakers of those languages to interpret for military advisors, provide intelligence services or develop foreign policy sensitive to local culture.

Most Americans have limited knowledge or interest in what occurs beyond their borders. A global perspective is not prioritized in our public schools. The choice to study international relations, international development, and global politics is often the result of the opportunity students had to experience a culture other than their own. Over 60 percent of U.S. students who study abroad choose to do so in Europe.

Low-income and minority youth are under-represented among the already small population of U.S. students who study and then work in internationally-related sectors. Over 80 percent of U.S. students studying abroad are Caucasian. While “going abroad” is increasingly more common among upwardly mobile students, it is rarely an option for low income youth, mainly because the cost is prohibitive. The global leadership potential of inner-city youth, many of whom have multiethnic families, is consistently under-recognized and underdeveloped. These students, often at low-performing schools, are rarely encouraged or offered opportunities to study foreign languages, participate in exchange programs, or engage in leadership development programs. While the need for an expanded pool of culturally sensitive and competent private and public sector leaders is growing, we are restricting the pool of young people who are prepared to work effectively with people from other cultures.

One World Now offers a two-year after school program to prepare youth with the cross-cultural and leadership skills they need to succeed and help lead our nation in the 21st century. The program is currently offered to juniors and seniors at five public high schools in Seattle. Twice a week students attend Arabic or Chinese language classes after school. Each Friday, all One World Now students from across the city meet at a central location for leadership development programs. They work in small groups led by young adult mentors who have an international perspective. Initially most of the students were immigrants who were naturally attracted to the program. Kristin hired people of color for key staff positions to recruit a more diverse group of students from inner-city schools, and to serve as role models.

In the summer after their junior year, the students either travel abroad or attend a cultural immersion camp. One World Now partners with AMIDEAST for the students’ travel to Morocco, and with the Pacific Village Institute for students’ travel to China. Students spend three to four weeks abroad, during which they engage in a variety of community development and leadership projects. The trips include home stays and language immersion. Pre-and post-trip interviews reveal that students return from these travel experiences more inquisitive, tolerant, self-confident, and prepared to succeed in the years ahead. After the international summer experiences, in their senior year students mentor new participants and elect one of two options: an internship at an international non-profit, or a second year of language study.

Prior to One World Now, many of the students were not college bound, or were headed to two-year technical schools or community colleges. OWN helps the students prepare for admission to four-year colleges. The Gates Foundation is supporting this college prep program. Colleges view the students’ participation in OWN as a distinct advantage. In 2004 One World Now held its first College Prep Conference at the University of Washington (UW). Over 25 universities, including Duke, Princeton and Harvard, sent representatives.

Since 2002 the program has grown from one high school to five. Kristin convinced the school district to house the program in public schools, and to provide academic credit for the language studies offered after school. She uses partnerships to leverage resources and expand options for students. OWN is becoming a feeder program for the Institute for International Public Policy and the United Negro College Fund, which offers minority college students support (fellowships, summer institutes, internships, mentors) as a “ramp” to international careers. The University of Washington Middle East Center helps OWN with the Morocco trip and offers students internships at an Arabic-language children’s camp. OWN and UW plan to publish the first Arabic textbook for high school students. Kristin is also working with the Asia Society to incorporate One World Now into the new Gates Foundation international schools; this will provide a platform for national expansion and attention.

To gain credibility, in 2002 Kristin formed a high-profile board and launched OWN with the Tides Center as its fiscal agent. (The organization will incorporate as an independent 501(c)(3) by 2007.) Kristin and her board have always viewed the program as national or international. Soon after obtaining their first grant from a local foundation, they received—and met a US$100,000 challenge grant from the Freeman Foundation. In 2004, in a national competition (with 600 applicants), the Jack Kent Cooke Foundation named One World Now as one of the four most innovative programs in America for high-achieving students with financial need. These “Programs Leading Innovation in Education” each received a US$150,000 grant. In 2004, in an effort spearheaded by U.S. Senator Patty Murphy, Congress authorized a special two-year appropriation of US$450,000 for One World Now. Kristin is working with the Department of Education to establish long-term support.

Kristin was born in Hollywood, California and raised in Salem, Oregon. Her mother raised her to believe that she could do whatever she wanted, and that she didn’t have to conform. To this day, Kristin’s core value is belief in self. She credits her mother for removing the cap on her self-expectations.

Kristin’s parents, both of whom had studied abroad during college, encouraged their daughter to learn about life in other countries. They supported her choice when at age 15, Kristin went to South Africa as a Rotary Exchange student. She lived there from 1986-87—during apartheid and while the country was in a state of emergency. That experience changed her life and led her to seek out additional international experiences. In the sixties, Kristin’s father, a civil rights activist, had gone to the south to help blacks register to vote. When Kristin was in South Africa, he visited her and got involved in the anti-apartheid effort.

Kristin attended Macalester College, an internationally-oriented school, during the Cold War. She studied the Russian language, lived in a Russian home and volunteered to work with Russian immigrant children. Kristin studied abroad in Moscow in 1990, just before the break-up of the Soviet Union. She chose to go to Russia for the same reason she’d chosen to study in South Africa—she was curious about the countries that dominated world news. In both countries she saw blatant injustice, which caused her to reexamine social justice issues in the U.S. After college, Kristin completed an intensive Russian program at Middlebury College, then lived in Moscow, Paris, London and Tbilisi for seven years. As the manager of several international projects, she developed global leadership skills early in her career. One project was an international peace festival scheduled for September 15, 2001, three days after 9/11, which never took place.

On visits to her home town, Kristin went to her old high school to talk to students about her overseas adventures and the value of studying abroad. One young man told her later that her impassioned message to his classroom had inspired him to go abroad and put his life on an international path. Despite the cross-cultural and life skills she gained while working abroad, she felt she hadn’t found the best channel for her talents. When the political situation in the USSR deteriorated, Kristin returned to Seattle. When the 9/11 attacks occurred, it spurred her to act on a developing vision; she turned all of her attention to creating a unique, positive way to work toward “One World Now!”