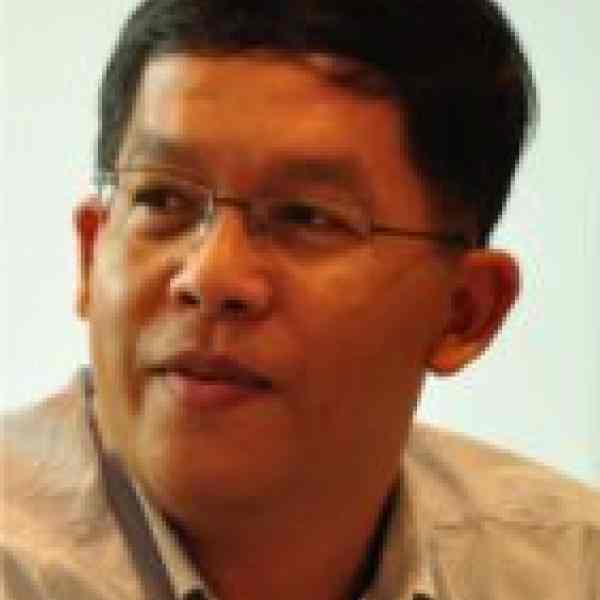 Hospital OS
Kongkiat Kespechara has developed a management information system that is focused on the information needs of small hospitals in rural areas. His software, Hospital OS, is an open source technology…
Read more

Kongkiat Kespechara has developed a management information system that is focused on the information needs of small hospitals in rural areas. His software, Hospital OS, is an open source technology that is enabling those hospitals to use their limited resources more effectively and to design new and improved services addressing the health needs of disadvantaged populations.

Kongkiat is using information technology to enable small rural hospitals to provide improved health care services and make more effective use of the severely limited financial and human resources at their disposal. He has developed an information management system tailored to the special needs of such hospitals, and by training hospital staff to be owners of that technology, he is enabling local adaptations of the system that are responsive to the special needs of a particular institution and help assure the continued growth and vitality of the system. Unlike most medical software, Kongkiat s Hospital OS collects both clinical and financial data. The database that it provides enables rural hospitals to analyze the cost-effectiveness of their services, optimize their generally meager budgets, and design improved ways of delivering health care services. It has also resulted in many local initiatives, including a new approach for attending the needs of patients with chronic diseases and improved disease surveillance systems in remote rural areas.Over the past seven years, Kongkiats software has been adopted by almost 100 rural (and, in a few instances, urban) health care facilities across Thailand. He and his Hospital OS team have trained both medical and non-medical staff in those institutions to use the software for a broadening array of purposes, while continuing to develop the software itself. By maintaining Hospital OS as a free and open source technology, Kongkiat has assured the availability of this information system in inadequately funded institutions, and he is also facilitating the development of an important database of public health information for various uses in preventive medicine.

The current structure of health services in Thailand has resulted in massive disparities in the availability of those services between urban and rural areas. In Bangkok, the doctor-to-population ratio is 1 to 800, while in remote rural areas it is 1 to 20,000. The urban population is served by a few large-scale government hospitals and many private hospitals, both of which are outfitted with modern equipment and staffed with a wide range of medical specialists. In marked contrast, the rural population is served by community hospitals and other primary care units that are notoriously understaffed, overworked, and underfunded.

Most rural hospitals encounter great difficulty in recruiting and retaining medical staff. Even with mandatory government postings of new medical school graduates, few young doctors remain in rural hospitals beyond the mandatory three years, while more than half resign midway through such assignments or opt out altogether by paying expensive penalties. Unfortunately, moreover, increasing numbers of well-trained Thai doctors are moving to private hospitals, which are clustered in urban areas and pay vastly higher salaries.

Many small rural hospitals are also further disadvantaged by a healthcare financing policy that favors large and well-equipped urban hospitals. Calculated on the basis of patient registration data, all public hospitals (large and small) receive an annual “capitation fee” of the baht equivalent of some 50 U.S. dollars per patient, regardless of whatever other resources they may enjoy, and not surprisingly, small community hospitals in rural areas with poor information systems have often encountered considerable difficulty in claiming their fair shares of those “capitation” fees.

Kongkiat is improving the performance of the small hospitals, most of them in rural areas, that are the principal sources of healthcare for large segments of Thailand’s less advantaged population. In 2001, he created a free and open source software, Hospital OS, that is improving the quality of rural healthcare services across Thailand.

Hospital OS is an information management software tailored to the needs of small rural hospitals, which generally have five or six staff members, including one doctor, and attend to the health needs and problems of some 20,000 people. Kongkiat developed Hospital OS on the basis of a careful study of the workflows of such hospitals, gathered in part from an online public forum and from his own experience in the medical field. Kongkiat’s software links information collected at every service station in the hospital to a single database, which reduces time delays and errors in accessing patient data and permits overworked medical staff to improve the quality and timeliness of patient services. Over the seven-year period since it was first introduced in a few pilot settings, there is increasing evidence of its positive impacts on budgets and staff morale, and on the effective use of the meager human and financial resources that such institutions enjoy. Indeed, one rural hospital reports that, after introducing Kongkiat’s software, it has succeeded in documenting and claiming a very large increase in the government funding that it receives, and many other such hospitals report similarly impressive increases in staff retention and reductions in patients’ “waiting times” for the services that they require.

Unlike most existing medical information systems, Hospital OS is based on the premise that the software users become owners of the technology. Kongkiat and his Hospital OS team provide free and unlimited access to the database, and they link various hospital databases to encourage cross-comparisons and collaborations. With each installation, Kongkiat’s team trains hospital staff—often in remote rural areas—to be self-reliant system administrators and Hospital OS users. From their office in Phuket, the team operates a help desk, which provides assistance through online chats, email and telephone conversations. Kongkiat and his staff spend half of each year training the staff of hospitals new to the network in how to make full use of Hospital OS, and the other half-year improving and adding new features to the software. In the latter pursuit, Kongkiat and his colleagues gather suggestions for software development from some 5,000 online members of the Hospital OS website.

Having foreseen the immense potential of storing and managing financial and clinical data in a single, integrated data base, Kongkiat has required, as a condition for installing Hospital OS in any given hospital, that doctors and nurses agree to use the Hospital OS database as the depository for recording and storing clinical data (i.e., patient demographics, test results, diagnoses, treatments administered or prescribed, hospital admissions and discharges, etc.). By documenting and storing such information in a single place and making it available for instant analysis, Kongkiat’s software has transformed healthcare services in rapidly growing numbers of rural areas across Thailand. In one hospital, nurses have been able to identify and arrange for patients with the same chronic illness (e.g., diabetes) to come to testing, treatment, and counseling sessions on the same day of the week (with consequent economies in the use of scarce staff resources and reductions in patients’ “waiting time.” In another hospital, clinical data were linked with the Global Positioning System software to identify the physical locations of outbreaks of two different strands of dengue fever, and timely preventative and curative measures were thus very quickly put in place. Earlier this year, Kongkiat received a prestigious award for his software, and he used the money thus acquired to create an annual Hospital OS award. Nicknaming the award “the challenge grant to change the world,” Kongkiat has provided recognition and funding to six hospital teams this year for the most effective use of Hospital OS. Kongkiat continues to organize workshops that are training growing numbers of hospital staff to use advanced functions of the software in their efforts to improve patient services and initiate in a broadening range of preventive care activities.

Kongkiat believes that Hospital OS will be most competitive, and retain its “top line” status, if it remains a free and open source technology, available for collective use and improvement. He has declined offers of very large sums of money for the purchase (and copywriting) of his software. In recent years, Kongkiat has also developed another version of Hospital OS for larger hospitals, but, as a free software package, it has thus far attracted only a limited clientele (in part, he believes, because of corrupt practices associated with most software adoptions in Thailand).

Over the past seven years, Kongkiat’s software has benefited 97 hospitals and at least one million patients across Thailand, and the National Health Security Office has recently adopted Hospital OS for use in 200 small Bangkok clinics. Noting that Hospital OS is collecting data at an average rate of 500,000 patient visits per participating hospital per year, Kongkiat plans to use his software to link and analyze clinical data at a regional scale, with the aim of producing public health information that will inform the design of large-scale measures in epidemic control and preventive medicine. Rural health facilities in many African countries have also contacted Kongkiat, requesting the English-language version of the software.

Kongkiat explains his career choice by citing how once as a teenager he visited a doctor who handed over a prescription without examining him or even listening to his complaint. Vowing never again to seek a doctor s services, Kongkiat tutored himself into medical school with little to no support from family or friends.As a medical intern, Kongkiat was mocked for preferring patients over textbooks. Believing that a doctor is a service worker, Kongkiat fought with his professors who taught their students, first and foremost, to uphold the prestige of their profession. Later as a professor himself, Kongkiat observed that medical students goals too often change from serving people in need to serving themselves. In his early twenties, Kongkiat became a self-taught expert in computers, principally by volunteering at the local Apple store until he was appointed as the in-house repair technician. Soon after, Kongkiat was recognized as Apples best computer salesman in Thailand s southern region. He is also a self-taught computer programmer who, as a medical student, developed computer-aided teaching materials for the Faculty of Medicine of the University of Prince Songkla in Phuket.Kongkiat has financed the Hospital OS project in part with funds that he has earned as a part-time senior administrator in a private hospital in Phuket. At that hospital, he has also succeeded in introducing a radical dual-pricing, or cross-subsidizing system that allows the hospital to deliver some specialized health care services not available in small rural hospitals, to economically disadvantaged individuals at vastly reduces fees. At that same hospital, as its acting director during the Asian tsunami in 2004, Kongkiat ordered his colleagues to provide the best care possible at no charge, and to record every relevant piece of information. As a result of the latter admonition, his hospital came to have the worlds best data on a mutant bacterial strand that causes particularly deadly infections. When the pressures associated with the tsunami abated, Kongkiat wrote a paper on the mutant bacteria, which was later published in the International Journal of Disaster Medicine.