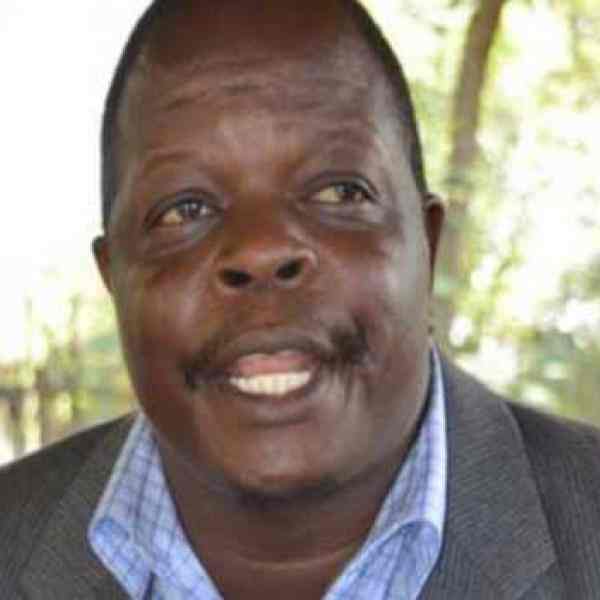 Kennedy Wafula is combating the practice of forced female circumcision, which is still prevalent in many parts of Africa. He joins conventional approaches, including community monitoring and awareness efforts, with civil litigation to deliver girls safely to age 18, when they are legally adults and equipped to make decisions about their bodies.

Formerly a journalist covering human rights abuses, Ken has pioneered the use of civil litigation as a mechanism for preventing parents, circumcisers, and village chiefs from forcing girls to undergo circumcision. While other measures have been introduced to discourage the practice&#150;alternate rights of passage, civic education&#150;none has proved especially effective, as female circumcision is rooted in cultural norms and traditions that take many years to redirect or overcome. Ken sees that civil litigation, which enables courts to bar the practice, may deliver lasting structural change where other strategies have faltered. Building on his success in test cases, Ken has developed an integrated approach to deterrence that involves three elements: community monitoring systems that enhance awareness of civil litigation options and help to mobilize community opposition to female genital mutilation, enabling a prompt intervention before the practice is carried out; going to court to seek prohibitive and mandatory injunctions, or permanent court orders barring the circumcision of girls; and counseling and family reconciliation initiatives. In a growing number of countries where the practice is prevalent&#150;Amnesty International lists 28&#150;Ken works to assist girls who ask for help or are referred to his organization as part of the community-monitoring efforts he encourages.

Female genital mutilation is a widespread phenomenon in Kenya and elsewhere in Africa. However, it is still largely hidden to the extent that communities that do not practice it are almost totally ignorant of its existence, though it is being practiced in a neighboring village. Female genital mutilation is one of the worst forms of violation of the rights of young girls and women. In Kenya's Northern Rift Valley alone, at least 1,000 girls are likely to drop out of school every year after undergoing female genital mutilation. Moreover, medical reports show that circumcised girls and women are more likely to face complications during childbirth.

Yet female genital mutilation has been practiced for ages as a right of passage associated with adulthood. Although revered as a sign of endurance and accompanied by community celebration, it promotes early girl-child marriages, curtails potential opportunities for girls and women, and perpetuates a broad range of attitudes and practices that assault the dignity of women. In Kenya, many women's groups are working on the issue, but effective strategies for prevention are still in short supply, with alternative rites of passage and civic education offering minimal success. The fact that this practice continues is a clear indication of the need for new and innovative tools to curb it.

A Children's Bill was enacted in Parliament in 2001 and currently awaits presidential assent to become law enforceable by the Kenyan courts. Under Section 13 of the new act, cultural practices that are likely to harm the mental, physical, or social well-being of children are outlawed. This bill has come at a time when the rights of the girl-child are severely abused in the name of cultural practices. The practice of female genital mutilation is not specifically cited, however, and the debate surrounding how to apply the legislation continues.

After witnessing human rights abuses through the lens of a journalist, Ken formed the Center for Human Rights and Democracy in 1997 to expose and combat rights violations. Originally focusing on police brutality and torture of detainees, his attention eventually turned to female genital mutilation, and while not formally trained as a lawyer, he began to examine the legal basis–provided by the Kenyan Constitution–for preventing parents from forcing their female children to undergo the procedure.

Currently, the Center for Human Rights pursues three major strategies in curbing this practice in Kenya and in neighboring countries. These strategies include civil litigation, an early warning signal monitoring mechanism, and mediation and reconciliation as a post-litigation step. Ken recruits people from the community to monitor any likely cases, report early warning signs, and mobilize public opinion against the practice. This corps of monitors identifies girls in dire need of protection, prompting provision of legal interventions. After the litigation process is complete and the child is safe from the threat of circumcision, the center's staff visit the family and tries–in many cases successfully–to mitigate strained relationships between young girls and their elders by involving parents in workshops and providing ongoing counseling and education. Ken and his staff have also been effective in discouraging the practice by showing circumcisers and village leaders that their implicit support of female genital mutilation constitutes a civil offense.

Ken has been successful in addressing a broad audience with his analysis of the problem and his proposed solution. He has appeared in leading national newspapers, on internationally broadcast radio stations like the BBC and the Kenya Broadcasting Corporation, as well as on television. In addition, he has contributed to publications of Amnesty International and the Center for Law and Reproductive Policy. Ken is also reaching out to audiences and groups which can be strong allies in this work. In June 2002, his Center hosted a meeting of women lawyers from Nigeria. And at a Durban, South Africa, of the human rights working group of the International Bar Association, Ken has been invited to make a presentation, calling attention to the civil litigating strategy he has pioneered.

He plans to take his work to other parts of Kenya and has already secured funding from an international foundation to expand his activities in combating the practice. He will introduce the school monitoring component to communities in affected areas and establish legal advisory centers in five parts of the Rift Valley, where the practice is still prevalent. In three years, Ken expects to have reached 15,000 girls through 150 schools. To further spread his approach, Ken is meeting with representatives of organizations that are attempting to curb female genital mutilation elsewhere in Africa.

As a child, Ken was haunted by what he still remembers vividly: the sight of village girls being taken to be circumcised. These experiences contributed to his choice to become a journalist covering human rights abuses. In this role, he worked for the Nation Newspaper, a government daily, in a position he held before coming into conflict with the publishers because of his coverage of rights abuses. After leaving the paper, and educating himself about the law, Ken founded the Center for Human Rights and Democracy in 1997. The organization, which initially focused on the torture of people under detention by the police, included the creation of an innovative, community-based "torture watch," which employed community monitors to document instances of torture and identify the individual police personnel involved therein. Early in his work at the Center, Ken was arrested as a result of an effort to organize a meeting to protest police violence before the Members of the Parliament in Eldoret, Kenya. He was severely beaten, but this episode strengthened his resolve to work in this field. Ken's efforts to stop female mutilation began in 2000, when two young sisters appeared in his office in desperate need of protection.