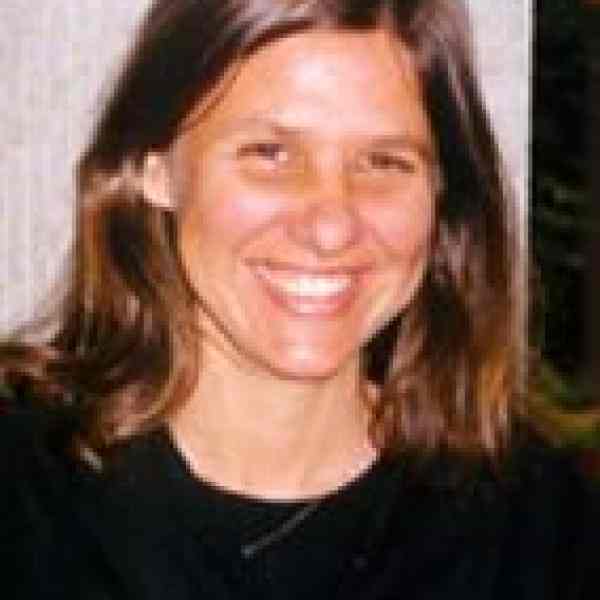 Karen Worcman, granddaughter of Jewish immigrants, is transforming the way history is produced, understood and received by creating a way for unrecognized individuals to generate lasting oral histories.

Modeling her work on her experience of drawing out oral histories of holocaust survivors, Karen Worcman created the Museum of the Person to give people the ability to not only record their own history but make the creation of history a strategy for social change. By creating a multimedia data bank of oral reports, videos, photographs, and personal documents, Karen is making oral history accessible and usable to a broad section of the community. Oral history projects have become widely viewed as community organizing tools and useful for building self-esteem and ethnic-pride by giving voices to people from disadvantaged or marginalized groups. By using recording and digitizing technology and the Internet, Karen makes it easier for the oral histories to be recorded and used. The oral histories thus become a much more useful social change tool that a wide-range of social change agents &#150; such as schools, social movements, governments, citizens' organizations, opinion pollsters, and businesses &#150; can adapt for their purposes. Karen began her growing collection, which she has named the Museum of the Person, after collaborating with her mother on a book about Jewish immigrants in Brazil. The collection is based on the premise that every individual wants to eternalize his or her own story and that listening to another person is a very effective strategy to challenge prejudices. The history that is registered by the museum provides opportunities for the common person to see and understand his or her own history in the context of a larger group; and it allows individuals to understand history in a different way, because official accounts rarely cover the complex influences by and to minority groups, for instance.In addition to its usefulness to others, Karen believes the Museum of the Person is itself a strategy for social transformation because it promotes understanding of individuals and their background and understanding breaks down inequality and other barriers. The museum helps give a face and a voice to those who are not included in wealth and decision-making, and by producing a history of Brazil that will truly give society an understanding of itself. As Paulo Freire said in a 1992 interview at Museum of the Person, "My own memories have helped me understand the events of which I have been a part."

The study and understanding of history have been formed by the way it has been officially recorded. Books and other written materials circulating through academic circles typically have been the focus of history, reflecting the ideas and interpretations of the dominant culture. Recently, there has been discussion and debate regarding the 'truth' in history and historical documents. In fact, much of the activity generated by the field of history today is critical analysis of the field itself as a science. Nevertheless, history making and the historical process continue to remain outside the sphere of the common person. History is not seen as a social tool for the common person to better understand him/herself and his/her environment. The social and economic exclusion of a large part of the population is one of Brazil's most serious problems. Another is the pervasive lack of historical memory. These two points are interrelated. The disenfranchised sectors of society which are excluded from circles of power and opportunity are also those who have been denied the means to record their history and create a voice for themselves. Low-income and minority groups, due to illiteracy, discrimination or lack of means, are consistently left out of the history-making process. The experience and wisdom of the elderly make them valuable sources of information for subsequent generations, yet their voices, too, are unrecorded. The result is an "official" history of the country and its people which excludes the majority of the population.

In more traditional societies, oral history has been an important way to record the history of a people. Today, as literary history dominates the field, oral history continues to be used as a tool of research and sometimes as a means of presenting history in museums or other forums, but its role is supplementary to the more conventional research and is often limited to thematic presentations. For example, an ethnographer might use interviews with elders in an indigenous community to supplement her/his thesis, or a museum exhibit might play audio tapes of work songs to contribute to an exhibit on slavery. The audience of the work does not participate in the creation of the history but remains a spectator. The generator of the story or the song does not become fully engaged in making history, but remains the subject of another's work. Themes that are considered to be socially pertinent may be presented but do not make a direct connection to each and every individual.

Karen began to develop her idea for the Museum of the Person in 1992 after completion of her book, Memória e Migração (Memory and Migration), a compilation of personal experiences of immigrant Jews in Brazil. Her work on the book impressed her with how effective oral history is as a communications tool. At the book-signing at Museum of Image and Sound in São Paulo Karen obtained sponsorship from José Mindlin and invited actress Deborah Bloch and other Jewish celebrities to record their experiences. The event was widely covered by the press. After the event, several state and municipal education and culture secretariats showed interest in setting up a physical Museum of the Person in their cities. When Karen realized the amount of bureaucracy involved and the political game-playing, she made up her mind to take an alternate route. It is then that Karen decided that the best way to preserve the narratives of life experiences was a multimedia data bank, the core of the Museum.

The Museum of the Person is "virtual." It is a multimedia data bank that gives people the opportunity to record their stories. It collects photographs, personal documents, and videos along with the oral reports, which are mostly videotaped. The result is a broad variety of information sources from which several products for educational and social purposes may be created (books, CD-ROMs, exhibits) and which can serve as resources for newspaper articles, radio and television programs. The Museum is accessible on the Internet, a medium which allows it to continuously report and collect new life histories.


Karen has been besieged with contracts from businesses and institutions to record the histories of their members. Her clients have included Rhodia, SENAC, and the São Paulo Soccer Club. In each case, her collections of oral histories have enabled connections ranging from CEO to telephone operator in these institutions. Karen has funded the launch of the Museum through these contracts. Presently, Karen is developing projects with the following groups:
Integration Program of the National Steelworkers' Confederation (Programa Integrar da Confederação Nacional dos Metalúrgicos). This program, sponsored by the Central Workers' Union (Central Única dos Trabalhadores), is geared towards unemployed workers in which workshops discuss transformations in employment. The project has financial support from FIAT.
São Paulo Steelworkers'Union (Sindicato dos Metalúrgicos). This project, in Intranet medium, will describe the history of the labor class and will be used in union negotiations.Regional Confederation of Human Promotion Projects (Confederação Regional das Obras de Promoção Humana). Karen is carrying out two projects with this organization, one called SOS Citizenship, a project with the homeless, and another called the Life of the Ederly.
Minho Regional University, Portugal. The idea is to set up a Museum of the Person in O Porto to be inaugurated in the year 2001 when O Porto will be the cultural capital of Europe.

Karen is also working on two other projects, one with the State Council of the Elderly and another with a group of volunteers to record life histories of varied groups who would like to take part in the Museum, including older people, whose wisdom and experience, in Karen's view, are denigrated in modern life, but are "important sources ...[of information]...that is vital for the education of the citizen, for the comprehension of differences and in learning how to respect others."

In the future, Karen aspires to institutionalize the Museum of the Person and has several specific goals. She plans to create the Friends of the Museum of the Person club so that narrators can exchange experiences and be volunteers in collecting other narratives, particularly of the elderly. She envisions educational programs that stimulate school teachers to use the oral history process and students to enter the Museum to see how children in other countries live; Karen has contacted the National Museum of Kenya and is beginning an exchange program between a school in Kenya and one in Brazil. She plans a "Museum Goes to You" project, a mobile unit that will transport a team of people to different localities to record narratives. She plans a program called "Life Histories," a series of pamphlets with reports on such different themes as housewives, paper pickers, jailed individuals, women, and children – including people who come from socially marginal groups such as the homeless and prostitutes.

Karen's work is young; she faces significant challenges for funding, quality control, and replicating her own efforts by acquiring staff. Her contacts with businesses, institutions, and government that have come through her early projects will assist her networking efforts, and she also plans to establish a network of user-members that will help to financially support the museum.

A grandchild of immigrant Jews, Karen was fascinated early on with the different ways people organized their worlds. She saw the incredible cultural richness in how different people and groups organize their experiences an give meaning to their lives. Karen has lived an adventuresome life. She has done lots of traveling and worked in many organizations all over the world. At university, Karen studied history and linguistics. She discovered – both intuitively and rationally – that written history did not value the type of history that is the basis for social experience: the history of people and how they are connected to society. This perception added to her personal need to transform ideas into action made the Museum of the Person Karen's objective in life. She is passionate about her idea and how it offers people a way of thinking differently about the world and their lives. The participants in Ashoka's selection process felt that her idea had such enormous potential that Ashoka should support her at this stage. Several of the social entrepreneurs who interviewed her wanted to use her idea themselves!