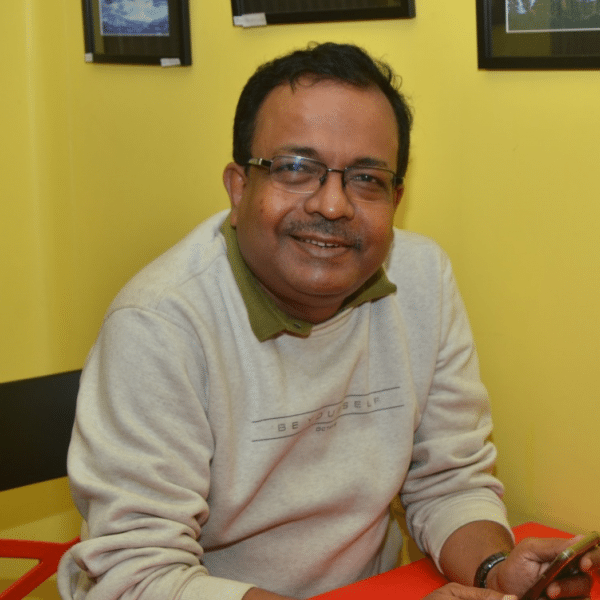 Kallol Ghosh has developed a complete network of services designed to integrate children living with HIV/AIDS into society. Working primarily with abandoned street children, he has established a residential center that aims to meet their basic housing, education, and healthcare needs. Beyond such service provision, however, he includes affected children in a variety of social networks, through partnerships with other children’s homes, and several educational and civic-oriented organizations.

Combining advocacy and networking with the building of hospitals and schools for HIV and AIDS-infected children, Kallol is not only improving the lives of the children associated with his organization, Organization for Friends, Energies & Resources (OFFER), but also creating a more AIDS aware and educated society to ensure that one day all HIV/AIDS infected children are able to receive the care and support they deserve. Under the umbrella of OFFER, founded by Kallol and his friends in 1987, Kallol founded Anandaghar, a home for abandoned HIV/AIDS infected children, in 2003, after realizing that too many HIV/AIDS infected children were being abandoned on the streets by parents too poor or too sick or too afraid to keep them. A school for HIV/AIDS infected children quickly followed as Kallol learned that regular schools often turn away such children or strike them off their rolls. Kallol also helps place the children with local government schools once they have completed their initial years of primary education. In order to provide appropriate health care facilities, Kallol built a 120 bed hospital in Kolkata to cater exclusively to HIV/AIDS infected children. Combining these services with outreach to a larger network of organizations, doctors, teachers, communities, and government officials, Kallol fosters both a nurturing and supportive environment for HIV/AIDS infected children. Not only is Kallol changing the lives of HIV infected children and whole communities by offering services and positive and educational interactions for all involved, but he is also changing the way educational institutions and the Government of India respond to the HIV/AIDS epidemic and its effect on children. Kallol also conducts regular awareness-building and advocacy programs among doctors and works with adolescents and youth in AIDS education programs. With replication, further public policy advances, and better data collection on the epidemic in the region as his current projects, Kallol is holistically changing the way the Indian government and society understand the HIV/AIDS epidemic and support its youngest victims.

Across India, the AIDS epidemic spreads alongside a complex intersection of social and societal issues as difficult to resolve as the disease. For children made vulnerable by their HIV/AIDS status, this is especially true.HIV/AIDS infected children are discriminated against by the education system, by local communities and sometimes by their own parents. There are regular instances of schools refusing admission to children and of children being mocked and traumatized by their peers on account of their HIV status. Ostracized by society, these children are often abandoned by their families, especially if their parents have succumbed to the virus.The size and extent of spread of the AIDS epidemic in India is documented in the AVERT report which states, “In 2007 UNAIDS and NACO estimate—between 2 million and 3.6 million people lived with HIV. This puts India behind South Africa and Nigeria in numbers living with HIV.”In India, mother to child transmission is another major issue. This is further compounded by a lack of adequate testing facilities for mothers-to-be. While there are no official estimates on the number of children with AIDS, a NACO report (2007) states that there are 50,000 children born with AIDS every year.With the population of HIV/AIDS infected children growing each year, a comprehensive approach that combines care for children and families, HIV prevention and awareness education, and advocacy is desperately needed. Kallol is building the infrastructure and the networks to ensure proper care for HIV/AIDS children in the future.

As a young man, Kallol’s father encouraged him to act upon the issues Kallol cared about. Thus, when Kallol found himself troubled by the lives of the homeless people in Kolkata, his father suggested he go live with the homeless to find out what they really needed. Kallol did that and his experiences later helped him set up OFFER.This is an approach that has stayed with Kallol throughout his life. His initiatives are born out of personal conviction and backed by life experiences. Most importantly, they are all built upon the principle of providing sustained and dedicated intervention to the problem at hand.Kallol’s biggest influences were his school, operated by the Ramkrishna Mission order of monks, and the Missionaries of Charity founded by Mother Theresa. He has followed their activities closely and imbibed a lot of their methods and approaches into his way of life. He feels this helps him deal well with the problems that arise in his work.Over the years, Kallol has built a lot of goodwill among the people he works with but the nature of his work has also angered many who do not understand it. There was a period of time when Kallol and his family endured death threats by local thugs who accused Kallol and OFFER of spreading AIDS instead of resolving the problems that arise from it. Kallol deeply on his strong relationships with the people he works for and on his role models to persevere this difficult time to continue the critical and innovative work he is doing for HIV/AIDS infected children in Kolkata.In September 2008, the President awarded Kallol with an honorary doctorate at the Residence of Consul General, Ital, Alipore, Kolkata.