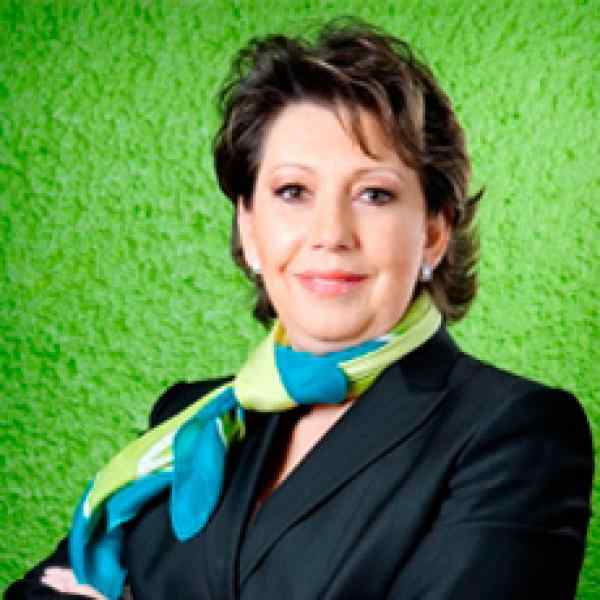 In Mexico, millions of children are unable to receive quality psychological care because of substandard government programs and unaffordable costs. Dr. Julia Borbolla has addressed this problem by developing a multimedia project that reaches out to countless traumatized children who do not have adequate access to care.

Julia has developed a groundbreaking approach to child psychology that transcends traditional methods of therapy. With her multimedia program, Antennas for Children, she is reaching out to thousands of traumatized children who have not made progress with professional psychologists as well as those who lack adequate access to care altogether. Using an animated character controlled in real time by trained therapists, her program is successfully breaking down natural communication barriers between children who have experienced traumatizing life events and the health care professionals seeking to help them. Julia’s method of child therapy is an innovative approach to engaging emotionally traumatized youth, and it has enabled psychologists to forge important connections with their patients, resulting in more fruitful therapy sessions. Once a child has expressed their feelings to the character the therapist is able to reflect back to the session indiscreetly and better decipher common themes and approaches towards intervention. At the moment, Julia is expanding her work to pilot projects throughout Mexico City. For the last year she has set up mobile care centers that are run by trained professionals so that the characters can be brought to day care centers, hospitals, and government agencies. Antennas for Children is also in the process of being recognized by the Secretary for Social Development in Mexico City as a viable therapeutic tool to be used in city-wide government institutions.

Millions of children in Mexico City have suffered from traumatic experiences that have dramatically influenced their psychological health. Because large numbers of city-dwellers live in poverty, youth often face violence, crime, and emotional or physical abandonment on a regular basis. Those kids who cope with these stressors in unhealthy or inappropriate ways are at an increased risk for a variety of outcomes, including aggressive behavior patterns and emotional withdrawl from family and friends. The burden of disease of these symptoms is felt well into adulthood, as they establish a cycle of emotional deficiencies often inherited by subsequent generations.

For many of these children, parents and social workers who attempt to take abuse and neglect cases to court find it difficult to provide evidence against offenders because of the youths’ reluctance to tell their stories. As a result, cases are backlogged, forcing kids to remain in dangerous situations. Even in situations where psychological assistance is sought out, many children are left untreated due to financial instability within their families or because they simply do not have access to adequate services. Typical private sessions from qualified professionals can cost upwards of US$100, and are virtually out of reach for all except the wealthiest of Mexican families.

Quality psychological assistance for low-income children is virtually nonexistent in Mexico City. The National System for Integral Family Development, DIF, does offer psychological services in each of their metropolitan centers however in those instances, there is typically one psychologist assisting the thousands of people that reside in their district. Needless to say, services are insufficient to meet demands. Even when one is lucky enough to get an appointment with a psychologist, treatment is generally administered by volunteers and university psychology students completing mandatory community service hours. Once their semester requirements are completed, caregivers leave their patients with little closure. Such situations can be particularly detrimental to a child who has finally gained the trust of a clinician after months of therapy sessions, often resulting in renewed feelings of abandonment and other emotional problems and can drive a child deeper into isolation.

While child services like day-care, pediatric hospitals and orphanages are available for low-income families in Mexico, such services are subsidized by the government and are frequently understaffed and underqualified. The result is that kids who do not receive appropriate treatment face a greater risk of developing aggressive behavior patterns and increased rates of school drop-outs, more often than not, turning to drugs, gangs, and crime, all of which are quite prevalent in urban Mexican societies.

All children subjected to a poor quality of life at home, at school, or in their communities are at risk for psychological problems. Statistics from the last 15 years show an increase in suicide rates of children and youth, and The National Institute for Statistics reported an alarming increase in 2007. Lengthy therapy sessions do not discover emotional problems quickly enough for the limited number of qualified professionals to deal with so many cases and disadvantaged children have an even smaller chance of receiving quality care. Unless complete system restructuring takes place poor children will continue to be marginalized in terms of psychological care. The solution to reaching inaccessible children is a less expensive methodology that can cross the economic divide.

After working as a child therapist for my years, Julia realized traditional methods of capturing the attention and the trust of emotionally traumatized children were not working quickly enough to discover the root of the problem. In 2005, the program was installed in the Federico Gómez Pediatric Hospital in Mexico City and in 2006 at the Center for Disabilities in Morelia, Michoacan and has demonstrated significant results. Each installation was paid for by the hospital that supplied professional psychologists Julia trained. Julia has built a mobile clinic that has been serving low-income communities for the last year and has proved beneficial in reaching many more children. Through licensing fees and contracted services to private and public institutions, the program will ultimately become entirely self-sufficient.

The program employs virtual cartoon characters—the prototype was an alien named Antennas—as a treatment method to reach out to withdrawn children. The characters, operated by trained child therapists through a computer interface, appear on a television screen in a quiet, safe space for children to talk about their feelings. The children tend to feel comfortable with the characters in this setting because it gives them the opportunity to be disassociated from adults and the environment that typically surrounds them in their everyday lives.

Julia offers this tool to many institutions that work with vulnerable and impoverished children, including children’s hospitals and their burn units or cancer wards, child care centers, government social service agencies, and even the court system where the testimony of children is sometimes needed. Because poverty contributes to a number of emotional disorders in adults that are often reflected upon children, youth may have difficulty discussing their problems with their own relatives, much less strangers. Therefore, Antennas for Children is positively transforming the court’s ability to obtain child testimonies.

Currently, Julia is replicating the Antennas for Children program with a host of partners all of which go through an intensive training program to ensure that the tool be used properly. This is carried out through year-long licensing agreements, whose length gives Julia the ability to police program use and enforce regulations with respect to training. In instances where an organization chooses not to purchase a license or go through the extensive training modules, Julia carries out the entire program via the Antennas for Children.

In the long-term, Julia is working on reaching more children by adapting the program to the internet so kids that are not able to travel to centers can speak to the psychologist-controlled character through their computer. This approach has already been piloted with a drug rehabilitation program in Mexico involving 300 facilities linked via satellite and proven effective.

Under Julia’s control, government funding sustains the organization’s work in poor communities, greatly increasing the scale of services offered. At the same time, however, Antennas for Children will remain true to its mission and employ only high quality professionals to bring about positive change in the lives of kids. In the future, Julia aims to adapt Antennas for Children for distribution across economic lines with the hope of reaching the city’s millions of impoverished children at little to no cost to families.

Julia was raised in Mexico City with a loving and generous family. Her parents were both successful professionals who stressed the importance of cultural intelligence by offering a childhood filled with artistic and cultural opportunities. After studying human psychology at university and serving her community in several government and private clinics, Julia began a 27-year career working in child and developmental psychology. During this time, she witnessed first hand the disparity in quality of care between disadvantaged and affluent children in Mexico, due primarily to the disparity between government-funded therapy and private practice. After having the opportunity to work in a private clinic, Julia was able to directly treat those in the most need of care, and quickly realized a widespread effort would need to be implemented to truly help the city’s children.

Julia is the author of four best sellers under the theme of child psychology. Three of her books are the foundation for the fourth she has just finished in a series of self-help guides for parents. After opening her clinic, Julia faced growing need among mothers to understand their children’s troubles and fears. To address this, she established a small school where she gave seminars on child psychology and simple therapies families could implement at home. Julia also writes a monthly column for Good Housekeeping Mexico in which she answers questions from parents throughout the country.

Since theater has always been a passion of Julia’s, she created the character Antennas, the creature from outer space was one of her most successful characters to reach out to children through plays. As Antennas grew more popular, Julia discovered she had learned more about her kids through the character than she could have in months of traditional therapy. With that, she began to implement her unique and effective method of connecting with kids from diverse backgrounds to help them recover from severe trauma.

Currently, Julia has reorganized her practice so she can work full-time on her Antennas for Children project.

Recently, Julia&#39;s emphasis has been to make &quot;Antennas&quot; a vital tool in every childcare institution, so that children have more appropriate and innovative ways of expressing their fears, worries and anxieties. This has also been established in justice institutions where children are questioned about cases of child abuse and maltreatment. We aim to respect the child&#39;s developmental stage and to have these questions asked by an individual with whom they feel confident. The motto is &quot;children shouldn&#39;t have to keep secrets which hurt&quot;.