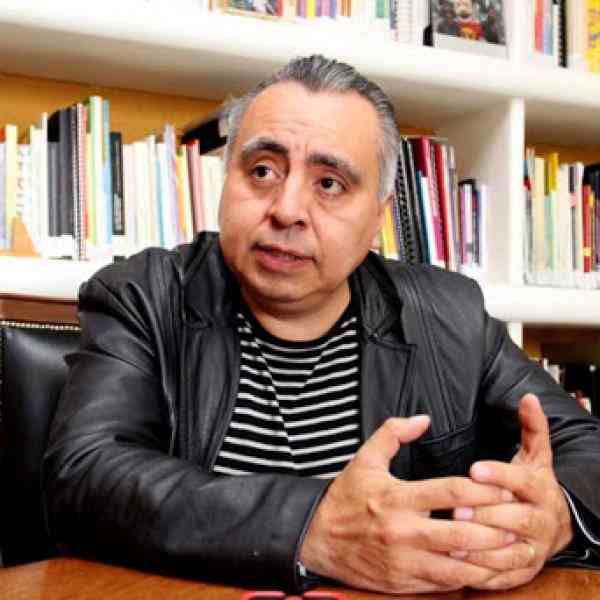 Juan Martín Pérez García founded an organization of professional street educators, El Caracol, A.C., and has developed an intervention model to work with street populations based on a human rights framework. He is persuading both Mexican and international citizen organizations and governments to adopt his model, which breaks completely with the patterns of paternalism commonly found within this field.

As the founder of El Caracol, A.C., a Mexican citizen organization (CO) dedicated to helping street populations appropriate their rights as citizens, Juan Martín is transforming the way street populations are conceptualized and how their needs are being met by government and citizen sector programs. In a field where there has long been an emphasis on street children rather than street populations, Juan Martín’s model of intervention strategies responds to the extensive social networks that exist in the streets. El Caracol’s intervention model has introduced a human rights framework to this field with an innovative perspective that engages street populations in a dialogue, rather than impose decisions and value judgments. Given his years of experience in the field, Juan Martín has been asked to help other organizations working with street populations adopt the most successful elements of El Caracol’s model into their strategies and programs, both in Mexico and in countries throughout Latin America. He is leveraging his expertise within this sector and his extensive contacts with national and international COs, as well as Mexican policymakers to spread a new paradigm that approaches this population as a group of citizens like any other with a clear set of rights. He is persuading COs and governments to question many long-standing assumptions about this population, such as the premise that the COs or the government know what is best for them, and to create new strategies that take into account what varied street populations want to do with their lives.

Major Latin American cities have witnessed a boom in street populations over the last fifty to sixty years. Increasing numbers of people have taken to living in the streets for a variety of social and economic reasons, such as the recent economic crises in many Latin American countries (including Mexico in the early to mid-1990s), highly skewed wealth distribution, and increasing social exclusion. Street populations comprise complex social networks of children, teenagers, adults, and the elderly, with entire families and neighborhoods woven into the fabric of urban life. Little is known about the dynamics of street populations and street culture, partially because their relative invisibility makes them difficult to study and partially because they tend to distrust outsiders. Moreover, few government agencies or COs have made a concerted effort to thoroughly understand street dynamics in an attempt to better serve these populations.

In Mexico there are various institutions and programs in both the government and civil sector that focus on street populations, but they tend to approach this sector through one of two problematic lenses. The first is the implicit criminalization of street populations, which treats people as real or potential threats to the rest of society. Many organizations unilaterally attempt to eliminate “dangerous” behaviors like drug use or gang formation or to clear these people off the streets in the belief that such measures will curb violence and crime. The second is a patronizing attitude of pity, which is closely related to the recent proliferation of organizations dedicated to helping street children. Because these organizations work with children, they tend to take an overprotective stance towards the people they help, convinced that they know what is “best” and therefore imposing their values. The plight of Mexican street children, which is often more moving than that of street populations in general, has received significant publicity both in Mexico and in the U.S. and Europe in recent years, thus overshadowing the fact that children are not the only people living in the streets.

What both these approaches fail to consider is the right of individuals living in the streets to make their own choices, so long as they do not harm others, the same right all citizens are entitled in theory. Ashoka Fellow José Luis Pérez Canchola, a prominent human rights leader in Mexico, compares the current status of Mexican street populations to that of Mexican migrant populations when he first began working to defend their rights. There was no concept of migrant populations; they were viewed as delinquents to be shunned or punished rather than as subjects with certain inalienable human rights. Once the notion that migrants were a specific population suffering from political and economic circumstances largely beyond their control took root, however, new policies and programs were designed to adequately meet their needs. Similarly, as long as Mexicans living in the streets continue to be viewed as criminals or helpless children, they will continue to be denied many of their basic human rights.

With a small group of colleagues, Juan Martín co-founded El Caracol, A.C. in 1994 as a Mexican CO dedicated to professionalizing interventions with street populations, with a special focus on at-risk youth in Mexico City. During the fourteen years Juan Martín has led El Caracol’s growth, he has become one of the most respected practitioners in the field both in Mexico and in international circles, testing and refining intervention strategies with El Caracol’s street educators before sharing the most successful with other groups working with street populations. Drawing upon his extensive hands-on experience and leveraging his professional contacts, Juan Martín is embarking on a new phase to create widespread institutional change within his sector based on El Caracol’s model.

El Caracol’s work includes direct intervention programs with street populations and a series of initiatives designed to develop the entire sector of organizations and programs working with street populations. The key characteristic that distinguishes El Caracol’s programs from those of other organizations is El Caracol’s focus on street populations’ citizen rights as the basis for any intervention, which implies a highly interactive approach with the target audience. As part of the SOS en las Calles (SOS in the Streets) program, teams of highly trained street educators regularly comb Mexico City’s most marginalized neighborhoods in search of at-risk youth. The street educators work closely with identified groups of street youth over the long-term to gain their trust and to educate the youth about the different choices that they can make with respect to safety, personal health, family, and work. Young men between the ages of fifteen and twenty-three at a particularly high-risk of endangering themselves and others are invited to join the Transitional House: A live-in center where psychologists, psychiatrists, doctors, and other professional staff help the young men re-establish control over their lives. From El Caracol’s earliest days, Juan Martín believed strongly in the importance of family relationships to prevent youth from taking to the streets. Accordingly, El Caracol operates a preventative program, Padres y Amigos (Parents and Friends) that organizes structured family activities in high-risk neighborhoods.

Juan Martín’s success in turning El Caracol’s intervention strategies into a reference for other organizations is largely due to the organization’s institutional development arm, which is dedicated to professionalizing the entire sector of Mexican and international organizations that work with street populations. One of Juan Martín’s priorities is professional development for street educators. To this end, he teaches a diploma course for street educators that he designed at the Universidad Nacional Autónoma de México (UNAM), one of Mexico’s most prestigious universities, as well as special workshops and online courses. Since street educators can only be effective if the institutions for which they work are also highly professional, Juan Martín has accompanied COs in Guatemala, Honduras, Nicaragua, Peru, Ecuador, Uruguay, the Dominican Republic, and Spain as well as governments in Mexico and Ecuador to reinvent their approach to street populations’ needs and rights. El Caracol also has its own radio station, Espiral Radio, and a library and resource center open to anyone interested in street populations.

With the El Caracol model fully consolidated, Juan Martín believes it is time to leave the day-to-day management of the organization to a younger generation of street educators as he directs his attention towards the generation of institutional and political change within his field. He has developed a methodology, “Institutional strengthening with a focus on rights” to help other organizations that work with street populations incorporate the most successful aspects of El Caracol’s intervention model. This methodology involves a multi-step process in which Juan Martín works closely with staff from an interested organization to question and redefine their institutional mission and objectives within a human rights framework, which ultimately leads to the creation of new institutional policies and programs. These new policies and programs emphasize participatory interventions in which street populations have an active voice, which is very different from the paternalistic approach of many organizations. Although Juan Martín has long been a sought-after consultant for organizations working with street populations, he now dedicates more time to this expansion strategy, with a special focus on government institutions and programs that are open to change.

Juan Martín was born and raised in Mexico City. His father passed away when he was only nine-years-old, which greatly impacted both his childhood and his family life. Motivated to exceed the expectations that his father had set, Juan Martín began working on weekends and during school vacations from an early age to help his mother and grandmother support the family of six young children. He also became very involved in service-oriented church and student groups while growing up, which exposed him to the needs of various excluded social groups. At the age of thirteen he became a catechism teacher at his church and met a boy in his class suffering from family conflicts. Juan Martín persuaded his mother to take the boy in for two years until the boy’s mother was ready to care for him again. This close personal experience taught Juan Martín that children who abandon their families do not always do so because of abusive fathers or difficult family dynamics; instead, their situation is a complicated social phenomenon with multiple causes and consequences.

In college Juan Martín studied psychology, and shortly after beginning his studies he started working with marginalized communities in Chimalhuacán, an area on the periphery of Mexico City. The time he spent in Chimalhuacán exposed him to the complexity of street populations and street culture, teaching him that simply returning a street child to his family does not always solve the problem. He began to understand that lack of opportunity—particularly educational opportunities and employment opportunities—was a fundamental factor in many young people’s decision to leave their families for the streets. He later organized a group of twenty-five students and two professors from his university to go on regular visits to Garibaldi, another high-risk neighborhood in Mexico City, to work with their street populations. This experience proved to be invaluable training and cemented his desire to provide a highly professional service to these people.

Between 1989 and 1991 as he finished his studies, Juan Martín began to look for formal work with street populations, but was frustrated to discover that none of the existing organizations offered him the sort of personal and professional development that he sought within the field. The institutions lacked structure and vision and had a paternalistic approach to helping street populations. As a result, Juan Martín founded El Caracol with a group of like-minded colleagues; dedicated to advancing the professionalization of interventions with street populations and generating awareness and knowledge of this social phenomenon.