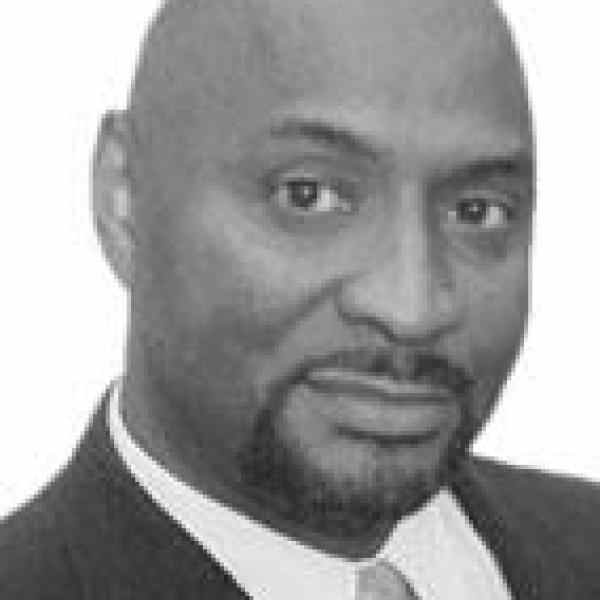 Joe Williams learned from experience that social isolation often drives former offenders back into lives of crime. He has introduced a program to address ex-offenders’ unique emotional needs through established social networks.

When released from prison, offenders serious about changing their behavior often feel a profound and chronic sense of disassociation and loneliness. A typical offender may come from an abusive family, be uneducated, use drugs, and belong to peer groups that are also criminally inclined. Joe’s Transition of Prisoners (TOP) helps former prisoners become productive citizens. TOP fosters human connections and forms positive social networks for each person in transition from prison through mentorship, training, and social institutions such as churches. Individuals become part of a community dedicated to their successful reintegration and this influence reinforces positive social values that provide the critical material support (training, education, and basic needs) that enables healing. TOP functionally replaces anti-social support systems in the life of an offender by providing a sense of belonging that is critical to engaged citizenship. TOP’s track record shows that when former offenders feel supported and part of a community, they are 10 times less likely to revert to criminal behavior.

There are over 2 million people in prisons in the United States. Over 90 percent are male; approximately half are African-American. Roughly 10 percent of the Black male population between the ages of 25 and 29 is incarcerated. The concentration of Black men imprisoned has resulted in a deficit of constructive role models within the African-American community. A child whose parent has been imprisoned is far more likely to enter a life of crime. These social costs are coupled with the financial burden of keeping people in prison—the U.S. has the highest percentage of its population imprisoned of any country in the world. To solve these social crises, it is imperative that released offenders be properly reintegrated into society.Studies show that in the U.S., there is a 67 percent chance a person who has served a prison term will return to a life of crime and be re-incarcerated. There are two main responses to the challenge of recidivism. First, if when released, offenders recommit crimes, they must be punished more severely and released from prison less easily or quickly. But this “getting tough on crime” approach has become more of a political tool than an effective social solution. The prison system does not prepare individuals for reintegration as citizens. In most prisons, every form of self-initiative or self-direction is discouraged. Prisoners are not allowed to make the simplest of decisions, such as when to wake up or when to go to sleep. Yet upon release, they must resume life as independent people, and root themselves in communities that are often hostile to them. The second response to the challenge of recidivism is to “rehabilitate” offenders. The current system for rehabilitation is a mishmash of halfway houses, prison ministries, and short-term “parolee” programs. This system often fails due to a lack of coordination and an inability to address both the practical and emotional needs of former offenders.

Joe realized that the problem of criminal recidivism suffered from misdiagnosis. He saw that offenders returned to a life of crime due to profound social isolation. Joe has shown that social integration theory can be successfully applied to reintegrate offenders into meaningful lives as citizens. TOP’s approach is based on four criteria that SI theory identifies as indicators of social isolation: family environs that are abusive and/or neglectful; low formal education; limited job skills and employment readiness; and friends that bond and “self-medicate” through drug and alcohol use.TOP’s approach integrates each of these four markers. TOP targets the neighborhoods that produce high numbers of convicts and identifies local churches as bases for its outreach. In underserved communities, particularly African-American, churches often provide social services and social networks. Within a community, TOP sources and trains mentors for each new offender in the program and the mentor is sometimes a TOP graduate. These two connections are the first steps in rebuilding a new social network focused on care giving and empowerment. In Detroit, TOP has 85 church partners and 120 mentors ready and eager to work with transitioning ex-prisoners.As important as social rehabilitation may be, little can be accomplished until basic needs are met and the groundwork laid for employment and independence. Therefore, in addition to the volunteer mentors, TOP provides education and job readiness skills. The TOP offices provide residential phone numbers to members of the program so potential employers may contact them. TOP also offers free meals so that transitioning prisoners have a safe and positive place that provides for their basic needs. A study in 2000 showed that 5 years after graduating from TOP, only 18 percent of graduates had continued challenges with the law, such as missing an appointment with a parole officer. Only one graduate had been arrested again. To replicate this success in other communities, Joe and his team have created a TOP training manual that details how to develop a transitional program. Since 2002 they have annually convened with others across the U.S. who are interested in prisoner reintegration and taught the principals and practices of TOP. TOP partnerships now operate in 15 cities, and the model has been adopted as the official prisoner reintegration policy of New Zealand.

Joe Williams was TOP’s first graduate before the program ever existed. After being released from prison, he experienced the transformation he later expressed using social integration theory and recreated through TOP. Joe ran away from an abusive home when he was 15, and spent the next 13 years as a drug dealer, convict, and heroin addict. He lost control of himself and his life. He later encountered two former substance abusers, one a former inmate who had renounced drugs and crime as part of a religious conversion, and gained the confidence that he could change. He became determined to help others break out of the wretched life he had experienced. He joined Prison Fellowship (PF)—the largest prison ministry in the U.S.—but realized that evangelizing to inmates is rarely successful in keeping them from using drugs and out of prison.Joe committed himself to studying this problem and obtained a master’s degree in sociology from Wayne State University. While in school and working for PF, Joe designed TOP. He piloted the program for 4 years, studying the results and tweaking the system, which he intended to spread through PF’s network.In 2000, PF focused more on in-prison evangelism and delivery of services to prisoners’ children. Since TOP’s focus was to help with the transition from prison into society, PF was no longer a suitable home for the program. Joe was assisted by PF in moving TOP out of the PF framework and he began operating independently in Detroit, Michigan. Joe turned his energies to systematically spreading the methodology of TOP nationally and abroad.