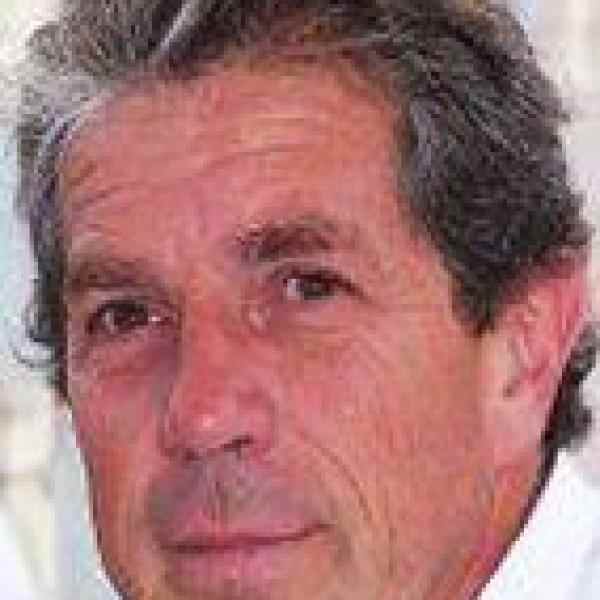 Dr. Jorge Gronda is improving healthcare access in underserved, rural communities in Argentina by empowering individuals to take responsibility for their health while also giving doctors a viable means of serving these citizens. The new healthcare system he has created is self-sustaining and has successfully improved the health of those in the most need of care by specifically targeting bottom-of-the-pyramid patients.

Jorge is challenging the broad acceptance in Argentina that poor people receive lower quality healthcare compared to the wealthy through his alternative model of care. Jorge founded the Centro Ginecológico Integral (CEGIN) to answer an urgent need for prevention and treatment of cervical cancer in Jujuy, a rural region in the country. In seeking to understand rural women’s needs, Jorge developed a series of innovative adaptations to health clinics, including a trust-building system and microfinance payment scheme that have attracted great numbers of poor, indigenous women. The CEGIN network currently has 30,000 members, and offers high quality healthcare at significantly lower than market cost.

Through an array of partnerships with universities and healthcare providers, Jorge has expanded healthcare services beyond cancer treatment and prevention. He has also spread his philosophy that doctors can be entrepreneurs, operating private clinics that offer healthcare to rich and poor alike. His self-sustaining model has attracted global attention from the World Health Organization (WHO), the Inter-American Development Bank, and the European Union, among other international foundations, and Jorge is currently developing a method to franchise his model and spread it across Latin America.

Healthcare in Argentina does not adequately meet the needs of the poor, especially those in rural areas. The public health system is overcrowded, not broadly accessible, and offers limited, mediocre and inefficient services. In the last decade, Argentina’s economic crisis has diminished public spending on healthcare and services have deteriorated even further. The alternative to public healthcare is private clinics, which are expensive and serve only the wealthy.

In many ways, this healthcare system exemplifies the inequalities evident in many aspects of Argentinean society, including the assumption that poor, indigenous rural people do not merit quality healthcare because they cannot afford it. This prejudice is further exacerbated by the distance that exists between the medical profession and the communities they serve, which often make it difficult for healthcare providers to understand community needs. Even when doctors are inclined to fulfill their social responsibilities, however, they face limited avenues for serving the poor. As a result, many physicians have accepted the current healthcare system as it stands rather than seeking to treat all citizens.

Jorge launched CEGIN in 1988 to provide quality healthcare to populations who did not have access to it, starting with gynecological services to reduce the rate of cervical cancer in Jujuy. He has since expanded his reach to create an alternative healthcare system offering excellent services at low cost to bottom-of-the-pyramid clients. Today, CEGIN is a network of affiliated independent healthcare providers, operating for-profit in partnership with a non-profit foundation, Fundacion Ser. Individuals buy membership cards for US$10 per year that allow them to access medical services and medications at prices significantly below market rates.

In developing this system, Jorge emphasized a comprehensive approach to healthcare, taking into account all aspects of patients’ lives. As such, every doctor in his network must be committed to treating all patients equally and must conform to a high standard of patient treatment. To ensure this, Jorge created membership cards to reassure patients that they could trust their providers and overcome that large cultural barrier to access.

Early in CEGIN’s trajectory, Jorge sought to address rural women’s urgent need for family planning services, but he faced difficulties raising funds from religiously-affiliated foundations. With the advice of mentors and equipped with his business training, Jorge then decided to make his system financially self-sustainable. As the system currently stands, CEGIN minimizes risk and lowers healthcare costs through its partnerships with private doctors, who agree to participate because of the benefit they gain from seeing a high volume of patients. The patient membership fees that come into the system then go entirely to Fundacion Ser to pay for administration and training providers.

The Fundacion also partially pays for frequent “rural tours” in which System Ser doctors and other volunteers travel to treat patients in remote areas and host health education workshops. In conjunction with this effort, Jorge has also created partnerships with medical schools to offer clinical internships and send medical students on rural tours, exposing them to the needs of rural populations and working to resolve the disconnect he observed between the medical profession and the public. The remaining costs for rural tours are then covered by sponsoring companies.

Jorge is now poised to expand his work on a broad international scale. The media, foundations, doctors, business schools, and international multilateral organizations have shown great interest in his model, and he has earned the support of the AVINA and Schwab Foundations. Additionally, the WHO is promoting his model as an example of merging healthcare with microfinance, and has invited Jorge to speak across Latin America.

Jorge remains committed to spreading his model in a financially self-sustainable manner and has even turned down funding from the Inter-American Development Bank to pay for his expansion. Currently, he is conducting assessments and creating a strategy to franchise his model to other doctor-entrepreneurs.

Jorge grew up in the rural province of Jujuy. Though his family was privileged, his father loved working the fields, and would take his son with him, and during that time, Jorge came to appreciate and understand rural communities in a very unique way.

Though Jorge left home to study medicine when he got older, he always knew he wanted to return to the rural area where he grew up and work for the poor people who lived there. He started his career in Jujuy as a gynecologist in a public hospital, and after becoming disillusioned with the discrimination he saw in the hospital’s treatment of low-income, indigenous people he left his job to found a private clinic to tend to poor rural women. During that time, he found that as he gained their trust, demand for his services steadily increased.

In 1992, during his travels to a rural mountainous region, Jorge met an indigenous woman named Rosario Quispe. She told him about the many women there who were dying of cervical cancer before age 30, and she asked for his help. From that point forward, the two began working together to treat these women. Working with Rosario not only guided CEGIN’s mission, but has also taught Jorge that the most effective means of spreading his work is to convert other socially-minded doctors into entrepreneurs who can implement or participate in his model.