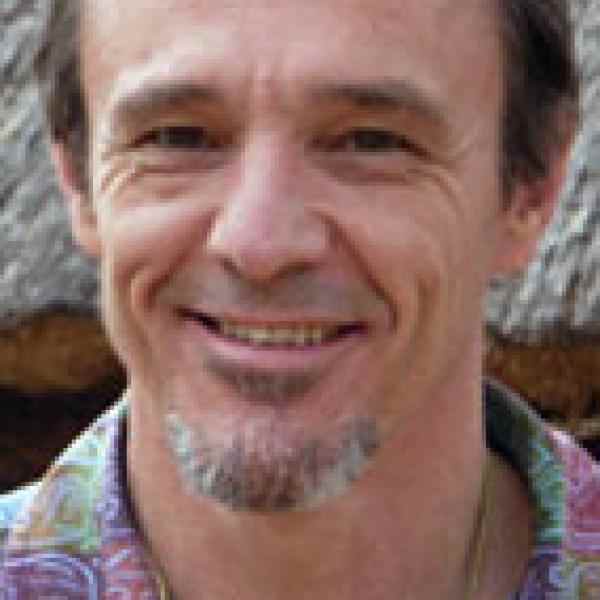 John Wilson is both a teacher and an agricultural reformer. Because the sort of sustainable farming he is introducing requires each farmer to think and plan creatively, he is both protecting…
Read more

As well as the ongoing facilitation work outlined above, in the last couple of years I have been focusing on three areas in particular (all in Zimbabwe): establishing the Phiri Award for Farm and Food Innovators, the Zimbabwe Traditional and Organic Food Forum, and the Zimbabwe Seed Sovereignty Programme. The first is about recognising indigenous/local innovation in our food systems and giving these much more prominence. The second is about civil society working much more collaboratively to promote healthy eating, including increasing the link between farmers and consumers. The third brings together 7 organisations in Zimbabwe, including a farmers&#39; network to strengthen the all important community based seed systems, that are so closely tied to nutrition.

John Wilson is both a teacher and an agricultural reformer. Because the sort of sustainable farming he is introducing requires each farmer to think and plan creatively, he is both protecting Zimbabwe's natural resource base, which is increasingly at risk, and pressing the essence of development: the people's skill and will to think and take charge. Having seen how introducing farmers to this approach to agriculture changed them, he is now also developing it into a course that he hopes will become part of the elementary schools' curriculum.

The power of Wilson's work comes chiefly from the fact it is a combination of several ideas, each important in its own right.

One's first impression is that Wilson is focused on introducing his version of the alternative agriculture movement to southern Africa, that he is trying to help the small African farmer become fully productive on the one hand, and to protect the area's endangered environment by making agriculture sustainable on the other. Indeed, he cares passionately about these objectives.

Wilson wants to move Zimbabwe away from its current unsustainable approach to farming, an approach "apparently designed to extract as much as possible from the soil". In its stead he wants to introduce his own eclectic amalgam and adaptation of ideas from the world's swelling alternative agriculture movement. He draws especially heavily from the permaculture and holistic resource management schools. He challenges the farmers to weave all the requirements and possible contributions of every aspect of their farms – all the structures, roads, water, crops, animals, other improvements, etc. – into an efficient, sustainable whole that wastes little.

Even as Wilson talks about his work with farmers, one quickly senses that he has more in mind then even these ambitious goals. He objects to the current approach more on developmental, and philosophic even, than on agricultural and environmental grounds. His goal is nothing less than making farmers creative planners and managers of the agricultural, financial, and natural resources in their care – not "mechanical", rote appliers of uniform systems "developed by far-off experts". In other words, he is working on the inner core of the development process, freeing the minds and spirits of these farmers, enabling them to take charge of their lives and environment. As they learn how to imagine hosts of possibilities, then to evaluate them rigorously, and finally to make the most important possibilities in fact happen, they are leaving the constraints of traditional society broken on the ground at their feet.

That Wilson's work with farmers has this double focus is camouflaged at first because Wilson feels both goals are perfectly congruent. Any formula uniformly applied will both do environmental damage in some areas and discourage human growth.

As Wilson observed his approach having the liberating impact on farmers it has, he realized it could be as effective for school children. By getting children to think through, and experiment with, the rigorous balances necessary for farm and environmental success, he is making education far more rigorous and involving by stimulating creativity and problem-solving. He is building on what they know best, and he is also making schooling less likely to alienate farm children from rural life. Of course, he is also spreading his farming ideas.

Wilson's early experiments in working with rural children and, more recently, in several schools have so encouraged him that he is now negotiating with the Curriculum Development Unit of the Ministry of Education towards introducing such a course nationwide.

Zimbabwe makes its living in the world heavily by selling tobacco, cotton, and other farm products. Most of these products are grown on large "commercial" farms, which are run overwhelmingly by people of European ancestry. The African 99 percent of the population needs to learn how to be as productive if this overwhelmingly rural country is to develop. (The valley where Wilson's Fambidzanai training center is located is in the middle of shifting control from commercial to smaller African farmers.)

The country's natural productivity is increasingly being endangered by agricultural techniques that are loading it down with a rapidly growing ecological deficit. Desertification is a risk in some areas, and alarming soil erosion is common.

Finally, in Zimbabwe as in most other poor countries, the most critical and elusive prerequisite to development is something that takes place in people's heads. When people learn how and develop the confidence and will to take charge of their environment, development goes into high gear. Until that happens all the government's programs remain ineffectual or even counterproductive.

For the last several years, Wilson has been developing an approach that works in his valley, adapting it to conditions in several other areas where he has won support, and developing ways of teaching what he is demonstrating to both farmers and students. He has a good deal more such experimenting and learning to do.

However, Wilson has developed his approach and training methods sufficiently that he is ready to extend his impact far more widely, both across Zimbabwe and beyond in the broader southern African region.

He has a wide range of training options available. He arranges practical interest-triggering demonstrations at schools and leaves behind, e.g., permanent multi-cropped gardens fed by the water that runs off the school's roof. He has short courses. He has two-year working apprenticeships that include three days a week of courses and group evaluations of each members' work. Next year there will be 20 such apprentices, half of them working at independent centers that have learned and been won over to Wilson's approach over the last several years.

Wilson's most important effort for the long run is his work to get the public school curriculum to include his approach.

He hopes to back these efforts up with an aggressive outreach to the farmers. He will develop materials for broad distribution, and he has already begun to approach the National Farmers' Association's network of local clubs. He plans to expand his existing newsletter to spread this new field's insights across the region. He has also recently won an opening commitment from the National Training Center for Rural Women to include him in some of their training programs.

Wilson was born and brought up in Harare. He opposed the Ian Smith Unilateral Independence government and fled overseas, interrupting his studies. When he returned, he eventually put himself through college by doing night shift work.

On getting his degree he moved to rural Chimanimani. There he launched and ran a new secondary school, created a crafts marketing co-op, and played a key role in raising the funds for a new area hospital. In addition to being the school's headmaster, he taught agriculture, mathematics, and English.

In 1987, Wilson obtained the loan of 40 hectares and launched the Fambidzanai Training Centre and its practical demonstration of his new approach. With what he has learned from it, and now with its proof in hand, he is setting out to spread its several messages widely.