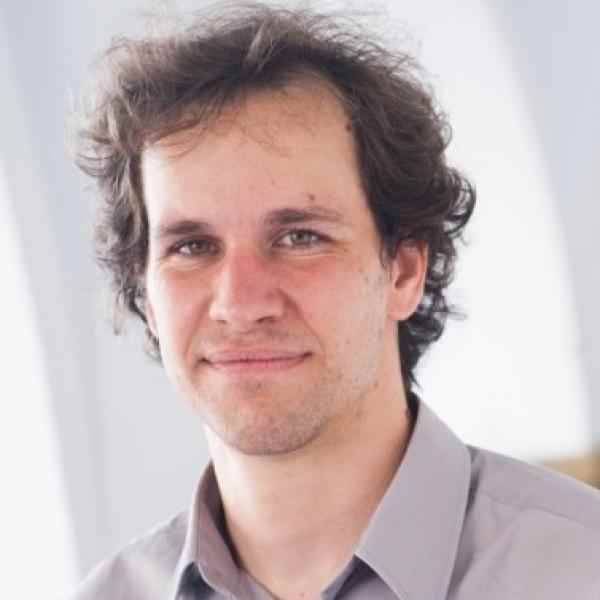 Inefficient and non-transparent public procurement, prone to corruption, is perceived as one of the key reasons, why citizens tend to lose their trust in the state. Jiri is addressing the loss of trust in the society toward public institutions and focuses on re-establishing this trust between the state and its citizens. He is transforming the way public institutions at the state and municipal level operate in terms of spending efficiency and delivering for the citizens.

Inefficient and non-transparent public procurement, prone to corruption, is perceived as one of the key reasons, why citizens tend to lose their trust in the state. Jiri is addressing the loss of trust in the society toward public institutions and focuses on re-establishing this trust between the state and its citizens. He is transforming the way public institutions at the state and municipal level operate in terms of spending efficiency and delivering for the citizens.
Through a wide-reaching data-mining and analytical platform based on qualitative criteria Jiri advocates for and achieves procurement process changes and - most importantly - mind-shifting transformation in the public governance. As he understands that efficient public procurement can be engine of social progress in society, his activities challenge the current way of thinking about public spending and shift it more towards not only transparent, efficient but quality-oriented and more socially beneficial public spending. With zIndex he tries to show that public procurement can have multiple social impact in terms of life quality, social justice, environmental sustainability and civic agency. To do this, he empowers citizens as civic stakeholders and strengthens their trust and participation in public governance. By making public procurement more efficient and quality oriented he enables the citizens to identify themselves with the state – a crucial condition for establishing the social contract between the democratic state and active civil society.
Jiri has developed zIndex –an innovative public procurement benchmarking tool, the first of its kind in Europe, focused on a complex and detailed objective analysis of procurement process of individual public institutions, with emphasis on good practice and potential for improvement in the processes. The unique rating developed by Jiri is based on measurement of 11 complex indicators. These indicators cover all important aspects of the procurement process according to best practice standards set by OECD, EU or Transparency International (such as level of competition or transparency) and exceed any existing assessment matrix. Defined indicators are analysed based on the data about institution´s purchase contracts from the past three years. zIndex then combines all defined indicators into a single rating between 0 (the worst rating) to 100, showing the level of deviation from or adherence to the best practice. Such benchmarking is made separately for all regions, both large and small cities, city parts of Prague, hospitals, state-owned and municipality-owned enterprises and government institutions. All results are regularly made public on a special website www.zindex.cz and also communicated to most of Czech national media.
zIndex enables to tear down the vague and populist-oriented debates with no support of solid data, helps to clearly identify contracting authorities’ weaknesses, serves as excellent source of examples to better educate contracting authorities in best practice and motivates public institutions better manage public funds. Moreover, it gives clear tool to citizens to understand, evaluate and actively engage themselves in dialogue with public institutions.
According to Jiří “best practice describes not only the behavior legally required of contracting authorities, but also the most desirable behavior within those rules“. Jiri has a vision to push such best practice in public procurement beyond its general understanding only as a compliance with the law and to change the system in order to create a ground on which the trust between the citizens and state can be rebuilt.
zIndex evaluates the situation every two years and aims to coordinate the evaluation with the four-year election cycle – before the beginning of the new coalition, during and at the end. The underlying data, that are results of complex data-mining tool programmed by Jiri and his team and that are used to calculate zIndex, serve also as valuable input to various analyses on public procurement or political party financing. All of these presented results co-authored by Jiri were quoted in The Economist, endorsed by Sunlight Foundation and also receive attention of most of Czech national media. Besides ranking of public procurement these deal with topics of conflict of interest, anonymous ownership or concrete malpractices in public procurement.

Based on the outputs several authorities adopted different policies in public procurement, some state employees were fired or forced to quit. Moreover, Jiri and his team contributed to several important changes of law (such as banning bearer shares or extending publication duties for public procurement), two important changes are now pending. Current result of these analyses is official European Comission´s confirmation, that there are aspects in Czech public procurement law that need to be changed, leading to save approximately 50 bln. CZK per year. Last but not least, there are already examples of active citizens, that based on zIndex results demand change and challenge public authorities (such as in Prostějov region)

Since the start of zIndex, dozens of institutions have improved their public procurement process.

Public procurement is the major source of corruption, which continues to be serious problem in the Czech Republic and many other countries in the world. Czech Republic is ranked 47th within the Corruption Perception Index (CPI 2016), measuring perception of corruption in the public sector, and scored below average compared to European countries. Based on the data from Public Opinion Research Center, the Czech public perceives corruption as one of the top problems of Czech Republic’s democracy and holds that the majority or nearly all of the actors within the public sector are corrupt. Similar situation is seen in many of the former Communist countries within Eastern Europe – as pointed out by recent article published in NY Times, “things have grown so bad that some analysts now speak in terms of ‘state capture‘ — where all major state institutions are effectively in the hands of corrupt politicians and untouchable oligarchs. The problem is entering an even more critical stage, as authoritarian-minded leaders leverage the rise of nationalism and populism to consolidate power. “

There is an alarming rise in corruption and inefficient use of tax payers’ money in the public procurement process in the Czech Republic. As pointed out by study published by EconLab in 2016, 6409 of all public procurements, translating into amount of 55 bln CZK and representing one third of all public procurements realized in CZ, were proceeded as ‘single bid’. Single bid setting misses the basic principle of public procurement - free competition – and represents high risk of misusage of public resources. From this perspective Czech Republic ranks among the worst countries in the EU.The study also shows that the quality and transparency of procurement process in general is deteriorating, especially at the level of regions and cities. Perhaps even more alarming is other finding of EconLab, that 30 % of Czech political party donors are simultaneously winners of public procurement and by donating do gain measurable benefits. This translates into disillusion of citizens, who – as the role of state grew more complex – lose their trust in the public authorities.

Jiri´s strategy involves several aspects. First, results of zIndex rating are regularly published on the specific website www.zindex.cz and communicated to most of national media. Such ranking is carried out every two years in order to reflect activities of public authorities in power within four-year election cycle.
Jiri motivates the state representatives to comment on the rating results and act on it by providing clear guidelines on where the process needs to be improved and by engaging the public institutions in open dialogue. One third of evaluated public institutions has engaged into the dialogue as a result of zIndex benchmarking. Moreover, Jiri uses positive examples of good practice (examples of those public institutions, that ranked high within zIndex) to constantly challenge citizens in their negative perception. In cases where the situation (based on the results of zIndex) requires improvement, Jiri empowers the citizens with clear, data-driven arguments and enables them to actively contribute to dialogue with public authorities. This is especially valuable on the regional level.
In addition, Jiri partnered up with Ministry of Labor and Social Affairs, to support responsible procurement process. He uses zIndex’s database to indicate projects of good practice - some of these examples of good practice are then presented to others as source of inspiration, education and guideline, how the process can be carried out. Jiri found out that this strategy is the most efficient one - to influence the public institutions via network of ‘’ambassadors of good practice”. Within the partnership with the Ministry, zIndex database also serves as source of procurement data in general, that back-up following advocacy activities, carried out by the Ministry representatives.
The positive examples of successful public institutions turn out to be very good motivational tool as well. Those, who are ranked high, are appreciated for their work and motivated to keep their level of transparency and efficiency, others are engaged in the competition. Some of the examples of good practice, presented by zIndex, were also recognized by the American Chamber of Commerce.
Regarding scaling potential of zIndex, Jiri has been recently involved in international project that collects data on public procurement and aims to pilot transition of his approach into other European countries such as Slovakia, Germany, Hungary, Spain or Lithuania. His knowhow and solution currently served also as a key inspiration in Ukraine.

Jiri grew up in Karlovy Vary and since youth years he always liked hard facts and hated vague newspeak of public officials, which they often present instead. Regardless of corruption being long term number one issue in Czech Republic, the public debate on the topic and possible solutions was empty. That gradually evolved into research interest and passion for working with real-world data, together with the motitation to change the situation.
Jiří has been active in data collection and analyses presentation with the goal to call for transparent environment around public institutions, since his PhD studies at Institute of Economic Studies, Charles University in Prague. His activities started off in the form of an academic project, that involved two other PhD schoolmates. During the process he co-established a non-profit organization EconLab and became the key player in communication outside the academia. Later on, a business oriented branch of EconLab spinned off and formed sister company Datlab, where Jiri also acts as a leading executive.
His interest evolved from the pure research to the identification of corruption as a serious problem and findings of significant inefficiencies within the public procurement process. As a next step he realized that there was no satisfying solution to the situation and no valid public debate. Therefore, zIndex was developed and gradually finetuned– to reveal specific weaknesses and inefficiencies in the public procurement process, to support and call for transparency and to diminish populist debates, that were not based on hard data. As the activities related to zIndex evolved further, Jiri found out that transparency is a key building stone but that the potential of zIndex is even higher – it can create a shift in the current perception of good practice, unlock the potential of efficient public procurement, that can serve as engine of progress in society and it can help to build a solid base on which the trust between state and its citizens can be rebuilt.
Jiri is also currently engaged in the program Reconstruction of State, in which politicians, citizens, members of civil society and the business community jointly fight for fair practices, compliance with the rules and equal application of the law in the Czech Republic. This initiative is historically the most important and successful advocacy effort of the Czech civil society and has inspired other similar movements abroad.