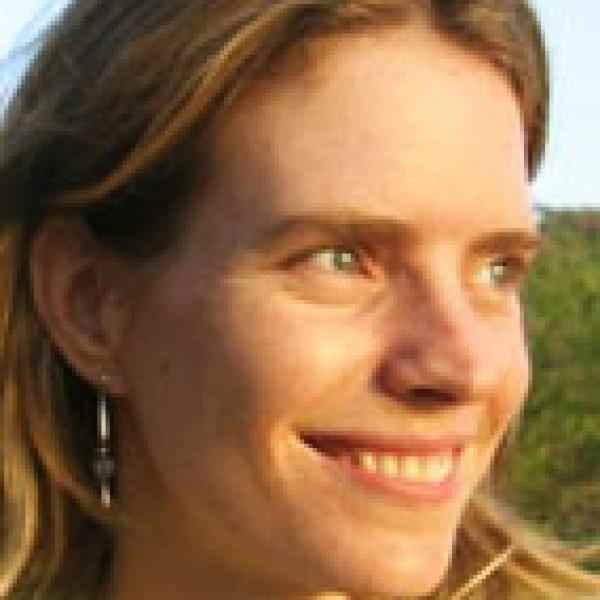 English and Hindi dailies in India do not have the resources and mechanisms to be able to source stories from rural and marginalized areas. As a result, they devote only 2 percent of their total coverage to rural issues. By building a pan-India network of professionally trained citizen video-correspondents drawn from the poorest and marginalized communities, Jessica Mayberry is creating the architecture necessary to ensure that the voices of the poor are heard in mainstream media.

Jessica sees marginalized communities not only as recipients of information, but also as active creators of content. As local people have been the subjects of discrimination and have a firsthand perspective she believes they are uniquely suited to be better correspondents. Serving as a correspondent will also provide a critical livelihood opportunity. By utilizing the skills of empathy, teamwork, leadership and changemaking Jessica is tapping into the unique potential of marginalized citizens and pushing them to go beyond their own stories to become the voices of their communities.

Jessica is now actively distributing the videos, online and through partnerships with mainstream media and development agencies. For the first time in India, videos produced by communities on issues they have determined important, have been aired on mainstream television media. This is not only bringing urban citizens closer to the realities of rural India but is influencing mainstream media on the issues and perspectives of marginalized communities.

Recently, there has been a major effort to increase access to information to rural and marginalized people, however, the framework to include the voices of poor and marginalized communities in mainstream media is missing. Most mainstream media companies have a limited number of stringers, most of whom are situated in urban areas. For instance, Press Trust of India, India’s premier news agency, has only 500 stringers across the country. While there is a latent demand for content from rural areas, mainstream media is limited in its capacity to identify and maintain correspondents in remote areas. Although citizen journalism results in media being able to stream some content from marginalized communities, the content is not professionally structured or articulated. Stories that are narrated through cell phones/videos are often distorted and do not form a reliable pipeline of stories for the media.

A study published in September 2011 by the Economic and Political Weekly stated that India’s highest circulated English and Hindi dailies devote only about 2 percent of their total coverage to rural India’s issues, crises, and anxieties. Even when they source stories from rural areas, the perspective is that of an outsider. This typically results in only populist or sensational stories being covered. Important issues that marginalized communities want to speak about such as corruption, hunger and discrimination remain without representation in the community.

In a 2002 study, “Voices of the Poor,” the World Bank asked 20,000 people living on less than $2 a day to identify the single greatest hurdle to their advancement. Respondents placed lack of “voice” over food, water, shelter and education. For instance, most people within a village are unable to discuss issues that affect them: they lack a space to dialogue among each other to make their voices heard. This limits their ability to recognize that problems are shared among other community members or to make their needs known to authorities and the world at-large in concrete ways. Voices of communities are also largely absent even from the national and international development forums that determine how to assist them, with the result that their own knowledge or needs do not get to inform the decision-making that affects their lives.

Jessica is nurturing professional community producers with the goal of placing someone in every district in India who has the capability of bringing out the stories that media should communicate.

Recognizing the power of videos to overcome language and literacy barriers, Jessica created Video Volunteers (VV), which recruits and trains people from remote areas and marginalized communities to become community producers. VV partners with local citizen organizations (COs) to identify community members who are entrepreneurial and committed to social change. In particular, VV seeks out women, dalits, sexual minorities, and people below the poverty line to become community producers. The producers undergo a rigorous two-week residential training program where they learn the basics of video journalism, including how to frame and articulate issues, be accurate, and ethical. Producers are pushed to draw from their personal experiences and articulate their opinions on their own surroundings. VV emphasizes the need to make personal connections to their stories and reflect on what their community means to them. During training, they are also taught to shoot short, three-minute videos.

Once trained, the producers return to their villages with a basic camera and begin shooting stories that they believe need to be told. Every community producer has a mentor in VV, who guides him/her through the whole process. They produce between one and four videos a month, depending on whether this is their only source of income. After they shoot the video, the producers mail the footage to VV’s central office and receive a payment of Rs. 1,500 per video made.

VV edits the video, inserts sub-titles and facilitates its distribution by posting them on its website and selling them to mainstream media. For instance, VV partnered with one of India’s leading news channels NewsX who produced a 30 minute, 13-part series, “Speak Out India,” that was comprised entirely of content produced by the community producers, and strung together with their own anchor pieces. VV has also begun to transcribe each video into an article so that it can be distributed in print form. As a way to spread the idea of community media and bring greater exposure to the issues, Jessica plans to launch VV “Feature Service” where VV will distribute articles under the heading, IndiaUnheard to news agencies free of cost. Each video is also distributed through social media, YouTube and other online journalism sites to bridge the digital divide between the urban and rural population.

While most content is created through the “pull-mechanism” where producers determine what they want to speak about, VV also employs the “push–mechanism” from time to time, where producers are commissioned to create videos around a theme. Leveraging its “live access to communities,” VV partners with national and international development agencies to help them understand how communities perceive particular issues. For instance, VV partnered with the Red Cross on the “Hunger Project,” in which producers shot videos on what hunger meant to them. These videos were not only screened by the Red Cross, but also helped the Red Cross obtain a bottom-up perspective on the issue.

VV also sends the video back to the producer who is encouraged to screen it in villages by showing it on projectors or DVDs. Sometimes producers innovate by uploading the videos into pirated music CDs or cell phones. Recognizing that communities will lose interest in narrating their stories if they do not see any value in the media, VV saw it essential for community producers to go beyond merely “informing” to actively “engaging.” It therefore mandates that every producer create at least three impact videos a year; videos that capture how a previous video catalyzed changemaking.

Community producers screen videos and rally people around issues raised. Depending on the issue, they also engage village leaders and appropriate local authorities. VV has recorded more than 17,000 people taking action after seeing their videos bringing direct benefit to more than 650,000 people. The videos have catalyzed toilets to be built, ration cards to be issued, demoted teachers who collected bribes, and supported homosexuals organizing themselves, among other issues. VV also incentivizes impact by paying producers Rs. 5,000 (US$81) for each “impact video” produced compared to Rs. 1,500 for a regular video. Such impact maintains the communities continued faith in the power of media and enables producers to source stories continuously from the community.

More importantly, the camera and the process of articulating issues, pushes producers to reflect on issues faced by them and their communities, and triggers a personal transformative experience. As a result of this process, the community producers transform into leaders and become beacons for the village. VV continues to have annual training programs that develop the critical thinking skills of community producers.

Jessica’s goal is to recruit and train one Community Producer in each of India’s 645 districts. To scale, she plans to partner with journalism schools to introduce community media classes. Jessica intends to incentivize students to train communities, by bringing in media partners who will air content. Jessica also intends to actively sell content to Press Trust of India and other news agencies to become a rural version of the Associated Press.

Jessica grew up in New York and went to a progressive school that opened her eyes to feminism and other social movements at a young age. Always curious about the history and culture of other countries, she completed her undergraduate degree in France and a graduate degree in arts and history at Oxford University, United Kingdom.

Jessica’s first experience in media was at the age of 18 during her summer internship with a local 24-hour news channel in New York City. Working as an assistant to a 5 a.m. reporter, she witnessed a mother of a victim of a drug shooting narrate how her son was killed for $50 of cocaine.

Although the site of this murder was just 20 minutes from her house, Jessica had never before seen anything like this. From that day on, working with media was always more than a career for Jessica; it became a tool to get a clearer picture of the world she lived in and about being an informed citizen.

Upon graduation, she joined news channels CNN and Fox News, however, she found herself opposed to the polarizing nature of the content they aired. Rooted in the belief that media must provide the space for people to disagree and find common ground, she transitioned to making documentaries at a crime and justice channel called Court TV. For one and a half years, she covered stories of potentially innocent people on Death Row and of the brutal environment within prisons. Here, Jessica became passionately connected to her work and the issues she covered.