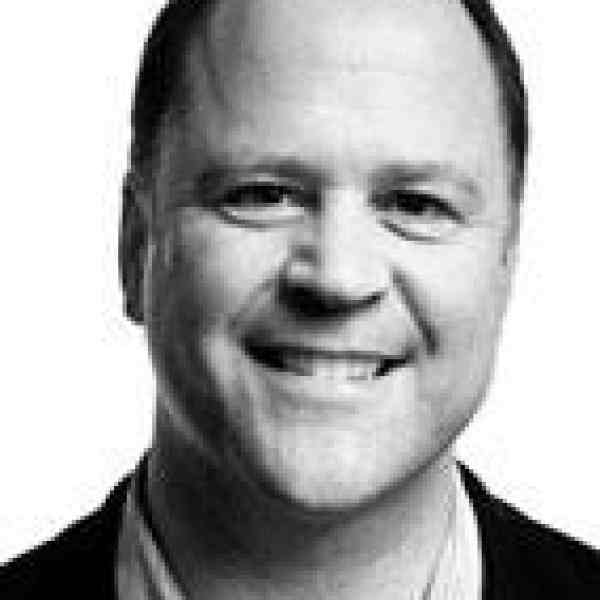 Jerry White is creating a victim-free world by transforming passive victims into active survivors and leaders. Jerry’s Survivor Corps, a worldwide peer-to-peer support network, gives conflict survivors the tools they need to become leaders in their communities. By transforming survivors’ perceptions of themselves, Jerry is able to change global societal attitudes towards role of conflict survivors in the prevention of violent conflict.

When a 20-year old Jerry White stepped on a landmine on a weekend camping trip in Israel and lost his left leg, it would have been easy to remain a victim. However, Jerry chose life, not death, and not revenge. He literally stood up and committed himself to creating a world in which victims do not exist; one in which survivors thrive.Since 80% of the victims of war are civilians, it is essential than civilians stand up in the effort to end war. Jerry created the Survivor Corps network, which utilizes the power of partnerships, community, and leadership to bring issues of justice, human security, reconciliation, and inclusive development to the forefront of international decision-making. Survivors of conflict recover through peer support, rebuild through collective action, and reform through advocacy, creating policy reform and public awareness that cycles back into the original purpose of breaking the vicious cycle of victimization and violence throughout the world. Indeed, Survivor Corps is the only worldwide network that supports survivors of conflict.The network shows survivors how they can rebuild their lives and communities in order to break free of the cycle of victimization and violence. Landmines and legs are ‘things’; Survivor Corps rejects the importance of things in relation to people and survival in an effort to systemically break down the concept of the “victim”. Not only does Survivor Corps promote mass empowerment of these survivors and support their reintegration back into society, it also create platforms for these rehabilitated leaders to address the sources of conflict and destruction throughout the world. What began as the Landmine Survivor Network has now expanded into the Survivor Corps community of regional hubs in 19 conflict-scarred nations – from Azerbaijan to Vietnam, and from Burundi to the United States – spanning all the major continents bar Australia. These hubs, all led by survivors themselves, service an additional 40 countries.Jerry has also played a global leadership role in giving survivors a voice on the world stage by bringing them to the table with other CSOs and international bodies, such as the United Nations, to fight for survivor rights and violence reduction. Jerry’s Landmine Survivors Network (LSN) was an instrumental organizer of the International Campaign to Ban Landmines (ICBL), for which Jerry was a co-recipient of the Nobel Peace Prize in 1997. Since then, Survivor Corps has led other CSOs in the effort to pass the Convention on the Rights of Persons with Disabilities (2008) – an effort to end discrimination and provide equal opportunity to 650 million people with disabilities globally – and then the Convention on Cluster Munitions (2008) – designed to phase out the use of cluster bombs due to the disproportionate harm they cause civilians.

The word “victim” implies a call to sympathy and pity; it is a “strangely comfortable” defense mechanism people use when it is too difficult to face the reality of their horror-filled situation. Tragic personal stories like Jerry’s are everywhere – civilian casualties of landmines and cluster munitions are often minding their daily lives, performing some menial activity such as collecting scrap metal when they are blown up, often by a long-forgotten mine. There are over 60 million landmines buried in over 80 countries. Every 22 minutes, someone steps on a landmine somewhere in the world; 80% of these landmine victims are civilians, half of whom are children. In 2007 alone, 5,436 people became casualties of landmines, primarily in Africa and the Middle East.These incidents result in a pattern of victimization that creates apathy, resentment, and hatred, furthering the potential for violence across the globe. “Embracing [this pattern] has cost the human race a great deal. Headlines of terrorism, violence, and disaster assault us with increasing frequency. And the mass of victims grows daily”, writes Jerry. In other words, victims blame, communities isolate, and nations fight. Victims become victimizers and the cycle begins anew. Approaches to rehabilitation often include “critical stress debriefs,” which require victims to recount their traumas both for testimony purposes as well as personal development. Rather than promoting resilience, this approach leads survivors to focus on what they have lost over what they still have.Yet, victimization is not unique to conflict survivors. 10% of the world’s population is burdened with some form of disability, ranging from amputated limbs to blindness. In today’s society, pity is the common response to those less-fortunate. Global human rights legislation that protects people with disabilities from human rights violations was nonexistent until very recently. In much of our societies, disability is perceived as a taboo conversation topic; it is easier to isolate those who are different rather than enable them with the same tools and opportunities as everyone else. But, for these victims, losing a limb in fact hurts less than losing their place in society.

From a very young age, Jerry knew he was meant to lead people. At age 5, he began organizing theatre productions in his family’s boathouse, from Charlie and the Chocolate Factory to Mary Poppins. He mastered all the skills of theatre, from scripting and casting to staging and communicating to an audience. This experience was, in many ways, a training ground for social leadership. Jerry sees life as a series of real-world plays: people consistently need to be casted, face dramatic conflict, and then resolve problems in ways that connect with a global audience.At Brown University, Jerry became the first non-Jew to major in Judaic studies. He spent his junior year abroad in Israel, trying to learn more about Judaism, Hebrew, and Arabic by “walking in the footsteps of the prophets”. In April 1984, Jerry and two friends went camping in the Golan Heights. Unaware that their campsite was located in an unmarked minefield, he stepped on a landmine, which took away his left leg and mangled his right. Thanks to the bravery of his two companions, Jerry was carried out of the minefield and transported to an Israeli hospital, where he spent a year in recovery and rehabilitation, choosing not to return to the United States. Recovering in Israel, he came to understand the power of peer support: a week after the accident, a man who had also lost his leg in a minefield in Lebanon appeared in front of Jerry’s hospital bed. He asked Jerry to identify which leg he had lost. Due to the effectiveness of the man’s prosthetic leg, Jerry could not do so. “What you have is a nose-bleed,” he told Jerry, “you’ll get over it. The challenge is in your head and your heart, not your leg”. With the framework this man had given him, Jerry faced facts, chose life, and has gone on to give mountains back.After graduating from Brown two years later, Jerry moved to Washington, D.C. to do weapons research as an intern at the Brookings Institution, where he came to understand the power of the Washington rolodex in the international arena. He then worked at the Natural Resources Defense Council’s Wisconsin Project, conducting research on arms buildup and proliferation in developing countries. Although he was working to fight the very power which had taken his leg, Jerry felt he was missing a critical aspect of his fulfillment. He compares his arms research work to a game of chess: interesting yet not emotionally satisfying.In 1995, Jerry met Ken Rutherford, who had lost both his legs in a landmine accent in Somalia. Together, they launched the Landmine Survivors Network in Jerry’s basement. As Jerry and Ken began to get involved in the anti-landmine movement, they realized that there was an enormous gap in the field: survivors were being used as poster material rather than actually being involved in the struggle. So LSN started to bring survivors off the posters and to the table, bringing their voices to the movement.Jerry has an MBA from the University of Michigan and lives in Maryland with his wife and four children. After receiving the Nobel Peace Prize, he became even more determined to build a lasting system, seeing himself as a marathon runner and not a sprinter. He continues to work full-time to expand Survivor Corps globally and help build a world free of victims.