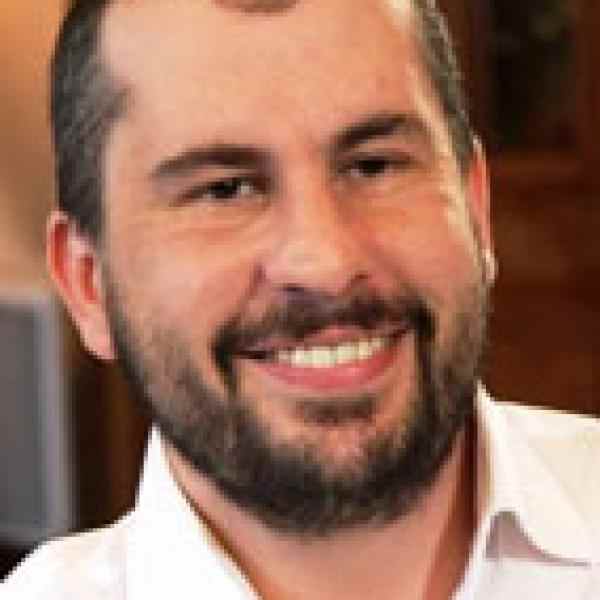 As the elderly live longer lives and make up an increasing percentage of the population in Europe, Jean-Michel is helping them overcome the various physical and psychological ailments that prevent them from enjoying their latter years. His program, which emphasizes the importance of prevention, uses unique exercises and physical training to delay the onset of age-related impairment and disease. Just as important, it helps seniors maintain the ability to function independently and retain the social connections that have defined them for most of their lives.

Jean-Michel is developing a preventive approach to help society confront the demographic and social challenge of life lengthening in the context of an overall aging population. Through SIEL Bleu (Sport, Initiative Et Loisirs) Jean Michel has introduced a new model of elderly care in France that helps people age in a healthier and more socially connected way. Through a series of physical and mental exercises, participants in SIEL Bleu improve their physical and psychological well-being, and slow down some of the most common problems faced by the elderly. Perhaps most important, participants become more aware and confident in what they still can do. This change in self-perception begins to change the way society views them. The result is an elderly population that lives a healthier, happier life, and a society that values the contributions the elderly can continue to make.Since medical and social progress have led to the lengthening of human life, they have also fostered the expectation that this gained time should be lived independently, and as free of disability and disease as possible. According to Jean-Michel, it is good to add years to life, but it is equally important to add life to those years. He believes that aging well means being independent for the longest time possible while remaining socially engaged. SIEL Bleu proposes an approach targeting not only the elderly but also their families and care givers. The primary objective is to fight the detrimental effects of aging on health through participation in physical activities, as well as to promote social interaction by mixing generations in workshops and training sessions.In these times of ballooning medical budgets and overextended use of scarce medical facilities, Jean-Michel emphasizes the importance of using a preventive approach to geriatric medicine. More fiscally responsible and more humane, his approach stands in stark contrast— both in philosophy and practice—from the conventional curative approach.

All around the world—and in Europe in particular—the proportion of people over 60 is growing quickly. In France, 12 million seniors make up 21.3 percent of the population; in 1990 they were only 18.6 percent. According to demographic projections by the year 2050, 29 percent of the French population will be 65 years of age or older. The social implications of this important shift have certainly not been well anticipated. Large increases in spending for medicine, medical care, and hospitalizations are inevitable. Appropriate resources will have to be mustered to solve newly-identified problems—the French remember all too well the heat wave of the summer of 2003 which caused the premature demise of 15,000 elderly citizens, half of whom died in retirement homes.Retiring often implies the breaking off of social ties and the beginning of a more settled and isolated way of life. Some choose this more isolated existence, but others are forced into it because they are less capable and less mobile. When lack of mobility and balance occur, they create the conditions for many other age-related problems. Even with a helping hand at home, serious falls are all too frequent, and lead to irreversible physical and psychological damage. Fear, perhaps more than anything, inhibits movement and reinforces the vicious circle of isolation. Post traumatic syndrome, subsequent to a fall, can induce a loss of motor function and autonomy; it can lead to posture and walking troubles, which all contribute to the heightened risk of a new accident. The elderly are also afflicted by degenerative diseases which can further inhibit their independence. The incidence of both Alzheimer’s (75 percent of senility cases) and Parkinson’s disease increases with age. Often these factors ultimately combine to push the elderly into permanent dependency. This process can be delayed. Care for the elderly has become a major social, political and economic issue. Its importance will continue to grow as life expectancy continues to rise. In France, €8 billion is spent annually on the issue. There are currently 550,000 French senior citizens (over 60 years old) who require assistance to live at home, and there will be more than a million by 2025. New resources, human and financial, will be needed to deal with this unprecedented increase.The current answer to dependent peoples’ needs is vastly inadequate. It is mostly curative; expensive conventional medical solutions attempt to “fix” problems once they have occurred. In 2005, the Cour des Comptes (the French Government’s internal audit body) published a crushing report condemning the systemic failure of the care giving system in providing for dependant senior citizens. Singled out were the services rendered (both in institutions and home-based care), the means employed, the underestimation of the aging phenomenon in planning, and the overall financing system.Even if the importance of exercise in keeping the elderly healthy is recognized in medical circles, in practice its use is still sparse and haphazard. There is no single organization responsible for disseminating information and training, promoting its use by the public and coordinating policy nationwide.Modern western civilization has tended to regard the elderly as non-productive outcasts, and their problems as unmotivating and unattractive. This disparaging vision of the elderly and their place in society needs to change not only because of their growing social and economic importance, but also because on a moral and philosophical level, their contribution to society remains essential. The challenge is twofold: to prevent and postpone dependency situations, helping the elderly to live better lives, and to promote the recognition of their usefulness and value to society.

Jean-Michel Ricard created SIEL Bleu in Strasbourg, in 1997 to develop a range of activities for the elderly. These activities, designed to help improve their general physical and psychological well being also helped break the vicious downward spiral of isolation, dependency and failing health. It was important to him that results were obtained through the use of an integrated approach in the context of a preventive care program. Building on experience, Jean Michel gradually developed 25 types of physical activities adjustable to various levels of handicap, age and skill.For Jean-Michel, organized physical activity is not a goal per se. He sees it, rather, as a good tool for revealing and working on the social, physical, and psychological issues faced by seniors. Physical activity provides health benefits to people of all ages, and the elderly are no exception. Seniors who practice some form of physical activity usually face fewer complications while aging than those who do not. Regular physical activity is known to diminish the incidence of cardio vascular diseases, diabetes II, and certain cancers (e.g. colon). It also inhibits the development of a number of degenerative diseases such as osteoporosis.SIEL Bleu’s strengthening, stretching and balance exercises help seniors rediscover, and reconcile themselves with their bodies; they learn to gage their limits and their often-underestimated physical ability; they learn to rediscover their sense of balance (position in space, respiratory capacity, ability to get back on their feet after falling down, etc.) Furthermore, recent scientific research shows that age-related cognitive decline can be slowed, stopped or even reversed by regular exercise. Having to work their memory in exercise classes improves their sense of observation and their ability to concentrate. In turn this contributes to helping them become more alert and autonomous.By promoting practice in collective classes, SIEL Bleu encourages seniors to participate in social exchanges around a shared activity. Rediscovering the pleasure of social interaction is a powerful motivating force that can help once-passive seniors become active participants in the preservation of their own minds and bodies.In collaboration with outside medical and paramedical specialists, Jean-Michel and his professional staff have created programs geared to all sorts of different and specific needs such as soft gymnastics practiced on chairs, mobility and dexterity exercises to prevent falls and memory stimulation to slow down the process of cognitive degeneration.To easily reach larger numbers of people, he developed his model by focusing his attention on the elderly who were in institutions (day care centers, retirement homes, Alzheimer sections of hospitals). In 1998, SIEL Bleu was working in 12 such institutions. Currently it is active in 1,350 out of the total of 12,000 in France. Of the 38,000 people SIEL bleu treats yearly in its programs, 20,000 are cared for by institutions. The potential to continue to expand work with these institutional care givers is high, both because they generally are in need of help and because they are so numerous.Jean Michel believes strongly in the value of his holistic model to effect change and he is now putting more emphasis on extending the work SIEL Bleu can do with seniors still living in their homes or with relatives. These seniors are statistically the largest segment of the elderly population. They are his core target—the people who can benefit most from SIEL Bleu and who by remaining independent, can also benefit society most. SIEL Bleu currently helps 18,000 non-institutionalized adults in classes that range from accident and fall prevention to relaxation and self defense. The room for growth in helping the still independent is enormous.SIEL Bleu self finances 70 percent of its €4 million annual (2004) budget by selling its services to institutional care providers, and has a midterm objective to reach 100 percent by marketing specific products and enlarging its service range.Jean Michel is a persuasive advocate of his cause. Lobbying activities now take up the majority of his time. One indication of the sort of change he has fostered is that the medical profession has begun to prescribe SIEL Bleu sports activities to their elderly patients. In 2002, because of his efforts, the National Education Ministry set up a sport and physical training degree program—with a related diploma—geared specifically to the care of senior citizens.Building on his experience, Jean-Michel is trying to figure out ways to widen his existing models’ scope and accompany the elderly through their whole life cycle—from seniors in the work place to dependency in specialized care institutions. He is also thinking about the various ways he can extend the existing model and leverage its impact in France as well as in the rest of Europe.

Jean Michel’s early inspiration came originally from the family principle of always giving more than one receives and from parents who were involved in volunteer work. It was no surprise when he decided, in parallel with his physical education studies, to work with underprivileged youth. He wanted very much to transmit some of his convictions about the value of health and physical activity which was already the focus of his studies. He found the French education system too constraining and dogmatic and was often at odds with his teachers. He became interested in the benefits physical activity could bring to dependent people and devoted his university research to the subject. This led him to make contact with many of the leading participants in the field of geriatrics and eventually to confront his own ideas with those of the medical and paramedical establishment.It is because he has strong convictions about life and society that he puts all his energy in to helping the elderly live a better life. SIEL Bleu, for him, is thus more than a simple project. He regularly still manages to give physical education classes himself as he believes it to be the best way for him to remain close to his staff and to the patients they tend.In his own words, “Relationships with older people can be remarkable. Respect, tolerance and empathy are at the center of our undertaking.” Jean-Michel Ricard’s view is that it is a privilege to be able to help older people live as healthily and happily as possible and to give them back the social role they once had and should continue to have.