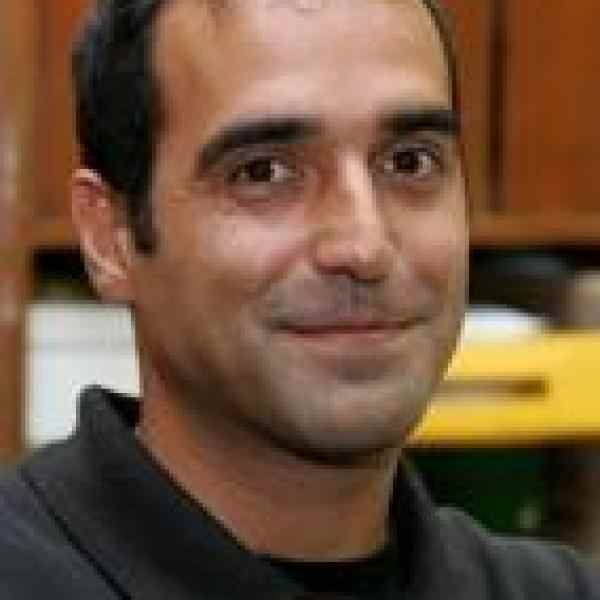 By creating self-sustaining, immigrant-led financial groups, Jean Claude Rodríguez-Ferrera Massons is addressing the basic financial and networking needs of Spain’s immigrant population and ensuring their full citizenship and participation in the economy.

Jean Claude is providing full social and economic citizenship to Spain’s immigrants by bringing them together in cooperatives that help them access the services they need to become entrepreneurs and professionals rather than welfare dependants. Jean Claude has created small Self-Managed Financial Communities among immigrants with scarce economic resources in order to meet their basic financial needs. Employing a simple, self-sustaining system of savings and loans, the members of these communities are able to access products and services (micro-credit, micro-insurance, and consumer products) that help them get ahead financially. These financial communities also play an important role in providing a “relational network” for immigrants who have left behind their social ties in their countries of origin. This network is critical for making contacts, finding jobs, and providing a financial fallback in case of emergency or unforeseen circumstances. For those needs that the groups cannot satisfy on their own, Jean Claude is collaborating with companies to help them develop products and services specifically aimed at immigrants. In this way, Jean Claude is demonstrating the economic potential of this new market to the business sector while demonstrating to immigrants the power of community and network as a way to get ahead financially and begin forging an identity other than that of immigrant.

Many immigrants from Africa, Asia and the Americas see Europe as a land of opportunity where there is plenty of work and no need to struggle for daily survival. Those who arrive in Spain are faced with a different reality, however. Immigrants find themselves increasingly isolated in pockets of poverty. In many cases, they have no access to the basic services that Spaniards enjoy, even after they have spent a number of years in the country. Basic rights such as dignified working conditions, access to financial services, representation in public institutions, and participation in civic affairs remain elusive for many of Spain’s immigrants. As a result, people who came with a desire to be productive and successful end up as an expense for Spanish social-welfare services and dependent on charity. This problem is becoming ever more acute as the number of immigrants in Spain grows, yet social and economic structures remain unresponsive and unhelpful. In the year 2000 the immigrant population made up 2.3 percent of the total population, but in less than a decade that group now constitutes 10 percent. This figure excludes undocumented immigrants, whose number could double the final tally.While this influx has attracted public attention, Spanish society has not developed clear and definitive strategies for dealing with the challenge, and its social services are close to collapsing. Government agencies and civil society have put into effect measures aimed at alleviating the poverty of immigrants and the conditions of extreme vulnerability in which they find themselves when they arrive. But these agencies seem incapable of developing and following through on long term strategies that will ensure healthy integration of immigrants and ultimately benefit the Spanish economy tremendously.Obviously, the problems of immigrant communities are not just material. Immigrants recently arrived in Western countries find themselves displaced and ignored. They do not find work easily, and many lack a social network that nurtures their personal and economic development and allows them to integrate naturally into their new country. Immigrant associations generally focus on specific cultural events of a given ethnic group or nationality, and their members rarely participate in other activities.Despite the diversity of their geographical, social, cultural and religious backgrounds, immigrants in Spain face many problems in common: long work days, lack of spare time, low motivation, lack of confidence that they can do something to change things, lack of clear means of participation, and absence of a collective identity. These factors make it difficult for them to organize themselves to solve their common problems, stand up for their rights as workers, voters, citizens, and become involved in designing and creating a society that takes them into account.

Aware of the difficulties that immigrants face in building a supportive network within the host country, Jean Claude began exploring incentives to bring them together. He was convinced that by creating support groups he would help immigrants better integrate into their new society. Jean Claude concluded that the best incentive was access to flexible credit that would allow them to cover basic needs while they focus on larger ambitions.Inspired by the methodology of the BanComunales model of Ashoka Fellow Salmon Raydan, together with his passion and experience of community development as a key element for social transformation, Jean Claude is creating self-managed finance groups throughout the country. Each group of 30 carries out its own small saving and loan programs. The groups are called Self-Managed Financial Communities (CAFs). Although they share a common methodology and network, each agrees on its own rules of operation and coordinates is own activities.Besides providing access to credit, the CAFs encourage saving money. To join a group, each member is required to initially buy a number of “stocks” in the group; the amount purchased determines his or her capacity for credit. This capital allows each member to request small loans for which they pay a certain amount of interest determined by the group. The interest paid by the members who request loans provide a profit for the other members of the community. Until now, Jean Claude has promoted the creation of 13 CAFs for immigrants in Catalonia, and he is working to replicate the model throughout Spain and Europe. The creation of new CAFs is important because the larger the network, the greater its power of negotiation and representation. Jean Claude identifies potential leaders to start up new CAFs—including influential businesses leaders, association presidents, even priests. In many cases he works directly with immigrant organizations and offers them this new tool to encourage greater participation of their members. In some cases members of existing CAFs have established their own new finance groups. Members are initially attracted to the CAFs because of the access to flexible financing, but it is the community that keeps them committed as regular participants. Each group acts as a powerful network of contacts, job opportunities, and access to services and products that would be nearly impossible for the individuals alone to attain. A variety of services are created and managed by the groups themselves. For example, some groups have developed their own “emergency insurance” with which they cover part of the travel expenses of a member of the CAF in the event of a death or serious illness in his or her family back home. Without such insurance, a person could be mired in debt for years. The group creates a solidarity fund which, in case it is not spent, is not lost since it is either used the next year or it is divided among the members. Jean Claude is also developing additional services which take advantage of the critical mass of members in the CAF network. One of the most successful has been a kind of “Yellow Pages” in which members share information on services offered or needed by other members of the network ranging from electricians to baby sitters. However, Jean Claude recognizes that many of the needs of the immigrants would best be satisfied by the private sector. Consequently, he is working with various companies to help them design and adapt products and services specifically for these collectives.To develop the first pilot services, Jean Claude selected a group of companies interested in immigrants as a group and with an important social dimension. For example, one of his first partners was a multinational insurance company that had been unsuccessful selling their insurance products in the immigrant sector. Taking advantage of the experience and mediation of Jean Claude and involving members of the CAFs, the company designed a specific product to meet three important needs expressed by the immigrants: insurance for the repatriation of the bodies of the deceased, a medical consulting service by telephone, and rapid legal assistance.Currently, Jean Claude is working with companies to identify new needs and develop new products and services that are both useful for immigrants and profitable for the business sector. His goal is for businesses to become aware of the economic importance of this group and to offer products and services adapted to it both in terms of content and cost. Within this “catalogue of services” is a Consumers Cooperative, a Social Investment Fund where the excess of capital of the CAFs can be invested, a housing program, and a legal service, among others. In order to replicate his idea around the rest of Europe, Jean Claude is identifying potential partners who would provide economic support for the initial CAFs. As immigrants become increasingly recognized as both sellers and buyers of such services, they will achieve greater economic and societal integration.

There are a number of moments in Jean Claude’s life that he believes seeded his interest in social issues: the stories about early Christians he heard while studying in a Jesuit school; the discovery, as a 15-year-old Boy Scout, that there were a number of poor and isolated communities in Bolivia that managed themselves; the movie Gandhi which showed him how the power of people could transform a society in a peaceful manner thanks to the channeling of their potential by a leader.His experience in the student organization AIESEC taught him the power of youth groups and working within a network. As vice president of AIESEC, he set up a socially oriented intern program for students that functions to this day as one of the organization’s major programs. During the many travels he began in this period of his life, he witnessed countless examples of human potential and the powerful results of organized communities.In order to put his interests into practice, he decided to start a program to market the handicrafts of indigenous women in Guatemala, where he lived for four years. It was called “Mayan Treasures” and it won a Latin American prize for the best program in support of indigenous communities. Confident that he could carry out major projects, he began seeking greater challenges. During this period he became acquainted with the Bancomunales model and was drawn to it because it provided opportunities for people to gather together, share, and have a sense of belonging, in addition to mere financing.After returning to Spain, Jean Claude worked with an institution that advised immigrant micro-businesses and supported the initial phase of launching innovative social projects. He witnessed first hand the discriminatory treatment suffered by immigrant groups, the unique difficulties they confronted, and the results of their isolation. He set up the Association for Community Development in 2004 from which he launched a program to create communities and networks with immigrants as a priority group. He then set up the first self-managed financial group with some of his friends. He took part in order to have first-hand experience of a system he would to propose to others. This first CAF is still in operation.Jean Claude has studied extensively in economics, and has completed an important period of apprenticeship and experience. He is now convinced that he has found the key to bringing about the systemic change necessary in societies that receive large numbers of immigrants in any part of the world.