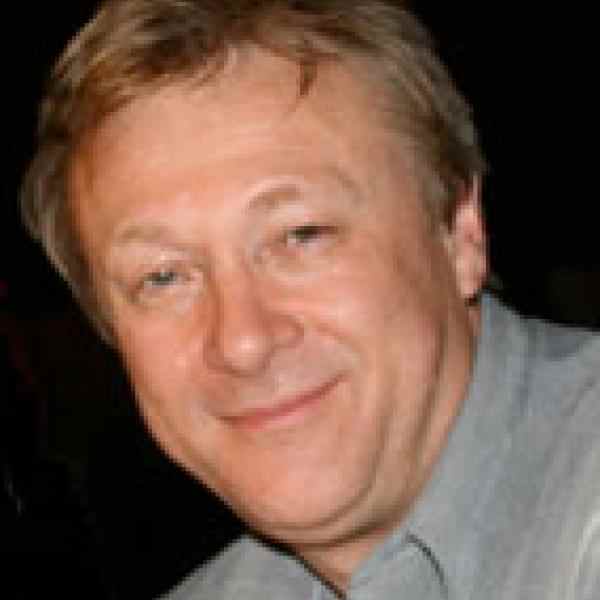 Jean-Claude Decalonne is providing struggling French pupils in at-risk neighborhoods with the tools they need to succeed academically and socially. By engaging parents, teachers and the broader community in supporting and developing young people’s potential, he is showing society the value of alternative paths to education and success for children.

Jean-Claude is using collective teaching methods to create an inclusive, cross-subject and accessible education experience for at-risk children and youth. In France’s most educationally-challenged neighborhoods and lowest performing schools, Jean-Claude has developed a program for low performing students to join an orchestra class where they experience three transformative years of teamwork and discipline through music. These classroom orchestras are empowering young people to learn collectively and have led to improved grades in all subjects and more constructive relationships between students and their peers, as well as teachers and adults. To make this transformative experience possible, Jean-Claude collaborates with four key stakeholders that do not usually work together: • Teachers and school administrations who break away from the traditional top-down pedagogical system and work across subjects to teach skills collaboratively; • Music schools and the music instrument industry who devote free teaching hours to work with the orchestras and to provide financial support to buy instruments; • Municipalities which tap into their cultural, education and social budgets to support classroom orchestras; • Communities and parents traditionally excluded from school programs now attend concerts and support their children more actively. For Jean-Claude, school orchestras are a valuable entry point to unlock the entire education system, which suffers from its structural rigidity and works in isolation from youth, culture and family affairs. Through his program, he is forming a pioneering partnership with the Ministry of Education and the Ministry of Culture and gaining meaningful recognition by the public system that alternative pedagogical methods can prove effective and even indispensable in the success and full development of children.

The French school system is underperforming and has shown little movement towards improvement over the years. As highlighted by repeated ministry reports and demonstrated by the growing marginalization of some students, structural deficiencies in the system reduce young people’s chances of success. In fact, roughly 38 percent of pupils under the age of 15 have already repeated a class, which is highly stigmatizing in a system that defines a single pathway to success as getting good grades in core curriculum. Failing students are discredited within the current system, and as a result, nearly 120,000 youth leave without a diploma every year.

Since 1981, the French government has placed nearly 9,000 schools in 707 Priority Education Zones (ZEP), which are socially and academically troubled areas where the proportion of failing students are nearly twice as high as these of other schools. While these schools benefit from reinforced budgets and more teachers, they are stigmatized and unable to develop adapted responses to the specific needs of their students.

This problem is partly due to the outdated, pedagogical methods emphasized in the system, which focuses on acquiring information rather than developing skills and competencies. Teachers are trained as “knowledge transmitters” rather than facilitators in developing the capacity to learn. Those kids who are not able to keep up are often forced to repeat a grade, which has proven to be an ineffective solution that simply accelerates spirals of failure, lowers self-esteem and leads to exclusion.

On top of an already problematic system, there are few venues in and outside of school for struggling students to succeed. Schools impose an average of three hours of homework a day on top of 32 hours of classes per week, and parents tend to restrict alternative activities to make sure that their children focus on their school obligations. Furthermore, cultural and sports activities are limited and often are perceived as inferior subjects. Although the Ministry of Culture established a national network of music schools in all French cities in the 1960s, these locally-subsidized schools have quickly turned into elitist institutions where privileged children attend individual classes and spend more time learning theory than enjoying the practice of music. As a result, the number of youth in music school is dropping and local governments are paying the salaries of music teachers who struggle to find students.

While publicly recognized and attempted many times, the need for a pedagogical revolution is rendered practically impossible by the administrative and structural complexity of the French school system. When a reform is designed and imposed by the Ministry of Education, its application is under the responsibility of School districts (or Académies). There are 35 Académies in France, which themselves rely on Inspections d’Académies, a more local level which controls and manages relationships with school principals and teachers. These Académies and Inspections d’Académies are known to be hierarchical and resistant to change. Additionally, it is impossible to coordinate reforms at different school levels as a result of the varying pools of funding that primary, middle and high schools depend on and the limited coordination and cooperation between school principals.

In classroom orchestras, children choose their own instrument on their first day of school and learn from local music school teachers every week, fostering curiosity and respect. Teachers and school administrators become project leaders, responsible not only for the quality of kids’ educational experience, but also for the mobilization of other stakeholders, including music schools and municipalities. Aware of the administrative maze people often have to overcome, Jean-Claude is devoting a three-person team to support teachers’ daily efforts through online and offline assistance.

Jean-Claude also recognizes the importance of engaging parents who are traditionally uninvolved in school activities or only hear from teachers in response to behavioral and academic problems. To overcome parents’ reluctance to the launch of orchestras, Jean-Claude ensures that local orchestras perform in four public concerts every year, building parents’ confidence and pride in their children’s skills. These parents become the most fervent supporters of the orchestras.

Additionally, Jean-Claude has made public concerts mandatory to engage municipalities and local governments, and provide publicity to the local administration. This facilitates access to local government funding and ensure that culture, education and social affair budgets are devoted to orchestras, both to buy instrument parks and to devote some of the local music school’s budget to in-school teaching time.

The positive impacts of Jean-Claude’s classroom orchestras have been widespread, with studies finding that on average, each participating students’ grade point average increases between five and ten percent every year in every subject. In addition to all participating students going on to high school, they also tend to be more punctual, focused, self-confident and pro-active. These benefits extend beyond educational outcomes, as it has also led to reductions in youth violence, which tends to be a major problem in Priority Education Zones schools.

To facilitate and accelerate the spread of classroom orchestras across the country, Jean-Claude created in 2008 Orchestres A l’Ecole, a citizen organization that supports the orchestra network and controls the quality of its members. With the support of his team, he is mobilizing private and public actors at the national level to guarantee sustainable funding and structural administrative support.

Turning the decreasing musical practice in France into an opportunity, Jean-Claude has convinced the National Instrument Makers’ Union that he is creating tomorrow’s market and that they should invest in the development of the orchestras to guarantee that they have customers tomorrow. To date, the Union covers most of the structural costs of OAE, i.e., the salaries of two of their staff. Entrepreneurial members of the Union have also become key ambassadors who promote the spread of orchestras in regions across France.

Recognizing that full local funding cannot always be raised in disadvantaged areas, Jean-Claude has built an emergency fund by reaching across to the business sector and raised funds from Vivendi, from the founder of AXA insurance and other large companies. He is also forming a strategic partnership with AXA to leverage the largest French insurance company’s national network of managers and retirees to support local orchestras.

To inspire and convince all stakeholders to take part in the adventure and stay engaged over time, Jean-Claude ensures that local concerts get publicity and that orchestras are strategically present and playing at major public events, including National Music Day, Education and Music Fairs, and public ceremonies. The publicity has garnered much interest in his program, with the number of classroom orchestras growing from 150 in 2007 to 350 at the start of the 2008/2009 school year. This success has also fostered interest abroad, as social entrepreneurs in South Africa and Belgium have already contacted Jean-Claude to replicate his model.

When Jean-Claude first heard Louis Armstrong’s “The Good Book” at the age of eight, his life took a decisive turn. Shortly thereafter, he met the founder of a new music school in his town open to people of all income brackets, who convinced him to join and fostered his love of music. As an adult, Jean-Claude decided to dedicate his life to the promotion of music particularly after he completed his military service, during which he had grown more convinced that music could change lives for the better. He decided to train with an instrument retailer.

After his apprenticeship, Jean-Claude identified an untapped market niche and opened his own shop in 1984. Through Feeling Musique, he repaired and sold instruments on site, while musicians previously had to send their instruments abroad to have them fixed. Within a year, he became leader on the French market thanks to his highly demanded skills, and developed a national network of professional musicians and instrument retailers. During that time, he also authored and edited 18 musical shows and organized community musical events and of concert visits for disadvantaged children.

In 1992, Jean-Claude visited Japan where he discovered that collective music education was included at all school levels and classrooms in the country. Measuring the tremendous impact of such a program on students’ life, he felt compelled to develop orchestras in French classrooms to reverse the existing educational paradigm. Aware that this would be a huge challenge given the specificities of the French context, he compared best practices from several foreign countries and launched a pilot scheme in 1999 in the town of Cergy.

The immediate success of this first experiment immediately allowed him to replicate in other schools. He convinced the Instrument-Maker’s Union that he was creating the next generation of musicians and music lovers, and that investing in his project would guarantee their future, allowing him to build a team and support the multiplication of orchestras while still working in his shop. After 10 years of juggling his shop and supporting the launch of 350 orchestra nationwide, Jean-Claude decided to pass the reins of his company to his son and to devote himself full time to the development of the School Orchestras.