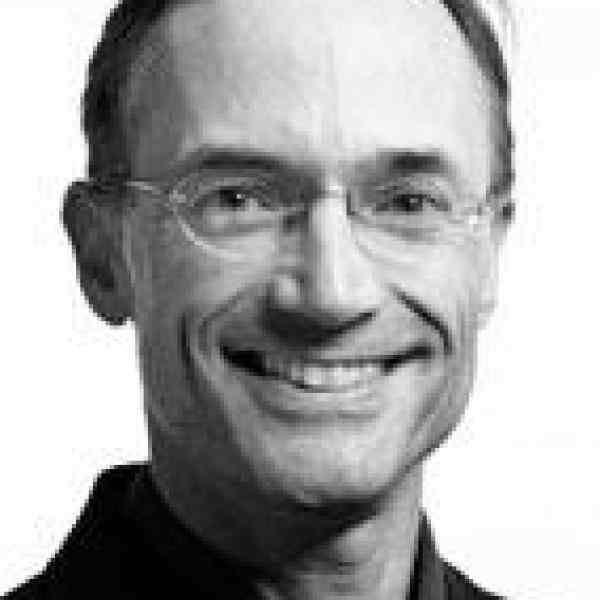 Operating from outside the educational system, J.B. has identified a fundamental disconnect that prevents thousands of high-potential students from attending college and has designed a program that motivates all the actors within this system (students, high schools, colleges, and communities) to correct it. His training programs are designed for high school students who possess the talent to succeed in college, but lack the support to maneuver through the application process to present their strengths effectively.

High-potential, but mid-tier students—that is, students with Bs and Cs and mediocre SAT scores—from low-income backgrounds were not going to college, even though similar students from middle-class backgrounds were. Although colleges were interested in this group, they do not have the resources to look beyond traditional measures of success.

J.B. founded College Summit on two premises: 1) to present their true strengths to colleges, students need a highly creative, efficient setting wherein they can articulate who they are and where they are going; and a knowledgeable adult—such as a college-educated parent—to keep them on track; and 2) to review, recruit, and retain low-income students, colleges need useful, comprehensive student information early in the process.

A mediocre high school student who is middle- or upper- class will likely go to college. While she may not go to Harvard, she will, with the help of parents, peers, or even a professional college application consultant, apply successfully to at least one college. She will be coached by these supporting actors on how to recognize and present her strengths. She may have earned Bs and Cs, and scored poorly on the SATs, but the application will argue that she thrived in other activities; perhaps she showed leadership on an Outward Bound trip. Colleges will understand this type of student and accept her.

If the student is from a low-income family whose parents did not attend college, however, college enrollment is a long shot. She may receive information from an overwhelmed counselor at school, but little true guidance. Because her parents are unable to tutor her, her essays will likely fail to excite. Her letters of recommendation may not even show up. Because "going away to college" is not part of the culture of many low-income high schools, it is not certain that this student will even bother to try.

A significant portion of low-income students can succeed in college, but are not presenting their true strengths to admissions officers. Colleges want low-income talent, but lack the resources to look beyond the traditional measures of grades and SATs.

Every year, America loses out on the talent, strength, and leadership of a whole sector of its youth. According to the U.S. Census, only 34 percent of low-income high school graduates enroll in college the following fall. This low enrollment rate would be sad indeed if it reflected the other 66 percent's inability to succeed beyond grade twelve. Yet a good portion of these students can succeed in college if they are given the necessary support in the transition between high school and college.

Current approaches to helping these overlooked students enroll tend to fall short. Traditional college guidance in high schools is still grounded in the decades when only an elite portion of high school graduates went on to higher education. The average student-to-counselor ratio in urban schools is still 350 to 1. Other solutions focus on computers, or expensive expert counselors. What low-income students need instead is more time with adults to help them recognize and present their strengths. Other non-profit organizations add additional expert counselors to schools—but this solution is expensive, alienates high school counselors, and ignores what makes college counseling work in the suburbs: the presence of college-educated parents.

The heart of College Summit is an intensive workshop that concentrates the overwhelming six-month college application process into an achievable four days. Recognizing that local college application sessions that occur once a week allowing students to miss one or more classes or to lose steam, J.B. holds his workshops on college campuses, with room and board paid for by the participating college. Partner high schools and youth agencies also contribute one hundred dollars for each student that they select according to College Summit's explicit criteria. An average of forty students attend the workshop along with more than twenty-five to thirty staff: writing coaches drawn from corporations and other organizations, college counselors, College Summit alumni, and a Rap Director—someone who in J.B.'s words can "walk into a room of forty kids from the inner city and have instant credibility."

The summits begin with an intensive writing exercise&amp;mdashstudents are asked to write about anything for ten minutes, regardless of subject matter. Writing Coaches then work with the team (four or five students, a hometown teacher, and a program alumnus) to cull anything of value in each piece, and ask each student to focus on those "gold nuggets," to build on these themes, points, or styles. For many students, it is the first time that they engage in draft writing. By the end of the summit, each student has an essay that tells his or her own story. On the last evening, the coaches read a portion of each student's essay at the banquet, a ceremony that proves to struggling students that they can write forcefully and shows parents and community leaders the talent in these ranks. In addition to producing a personal essay that can be used for both college admissions and scholarship applications, students pick a broad list of colleges with college counseling specialists, receive guidance for their senior year, complete a universal application, practice financial aid forms, and, most importantly, with peer support, explore their personal obstacles to attending college.

What makes College Summit capable of systemic change, however, are two innovations that J.B. added in 1999.

First, recognizing that students need ongoing support throughout their entire senior year, College Summit is beginning to train high school teachers to keep their students on track. In 2000, with the support of the leadership of the Chicago Public Schools, sixteen Chicago public high schools will not only send one hundred forty students to College Summits, they will also build "College Mentoring" into their seniors' school day. Specifically, these schools will dedicate one period per week to college guidance as prescribed by College Summit. For the high school teachers who serve as mentors, J.B.'s organization will provide a week of training, an easy-to-follow manual, weekly reminder faxes, and two hundred dollars. It will provide an additional eight hundred dollars for the teacher/administrator who serves to coordinate the high school's involvement.

Second, recognizing that colleges have limited resources to review all the students who complete the workshops, College Summit has begun to deliver screened student information to all its partner colleges. In 1999, it reviewed three hundred seventy students against the internal admissions criteria of its (then) twelve partner colleges, and delivered approximately thirty-five "Preview Portfolios" to each. Not only has the number of partner colleges nearly doubled since adding this service (permitting twice as many students to participate), but one college, the University of Denver, has admitted six times as many low-income students from its College Summit partner high school as it did the prior year. Not surprisingly, colleges are clamoring to join the network, paying eight thousand dollars, in-kind, for a College Workshop on campus and, in turn, receiving pre-screened information from a desired target population several months before applications are due.

J.B. plans for College Summit to be a national organization. As he puts it, "we want to be the College Board for mid-tier talent." He sees two options for continued replication, both of which he is beginning to execute. First, he will focus on expanding to select geographic regions. As he discovered in Colorado in 1997, his program is more successful when there is greater high school and college participation within one region. Not only will participating colleges receive a larger pool of local graduates (who most often choose in-state schools), but high schools experience a sea change in the culture when greater numbers of students attend the Summit and apply successfully to college. Moreover, his experience with Chicago has shown him that local education administrators will support the program if they can demonstrate a large impact within their city or region. To support this growth strategy, J.B. will develop local offices in his selected regions that can coordinate summits, work with participating high schools and colleges, and prepare student portfolios.

The second replication strategy is to embed the College Summit methodology within other national programs. For example, the Daniels Fund (a U.S.-based scholarship) is focused on identifying the low-income, high potential students that is College Summit's target group, but faces the same problem as colleges in recognizing those most likely to succeed. Consequently, the two organizations are beginning to collaborate, with Daniels paying College Summit to run workshops that help find promising scholarship candidates. Other national programs, including the Ford-sponsored Project GRAD, Kellogg's ENLACE, and Communities-in-Schools, are investigating College Summit's methodology, recognizing that successful transition to college is the capstone of public school reform. To explore these (and other) options, J.B. is beginning a six-week long pro bono engagement with McKinsey &amp; Company, in the fall.

J.B. plans for College Summit to be self-sustaining. More than one-third of College Summit revenues comes through fee-for-service agreements with public schools, youth agencies, and scholarship programs. Grants from foundations and corporations (one dollar from corporations for every two dollars for foundations) account for the remaining two-thirds of revenue. Indeed, corporate recognition of College Summit's value to workforce development and diversity is encouraging—in 1999, Lucent Technologies and U.S. West partnered with two high schools in Denver, underwriting workshops, sending senior executives to serve as Writing Coaches, and sending junior employees to be College Mentors at the schools.

J.B.'s work to set up local offices in each region will produce significant financial benefits. First, College Summit will be able to cultivate local ownership of the project and generate more local funds. Second, its expenses will decrease significantly as program and development operations are conducted locally, without the airfare and hotel costs of bringing in Washington, D.C. staff to develop coalitions and set up programs.

Eventually, J.B. envisions colleges paying an annual fee (just as they do with the College Board to receive SAT and ACT scores) to receive access to mid-performing, high potential, low-income students.

Senior year, with the help of his parents, who had gone to college, J.B. applied to an out-of-state school, Yale University, and was accepted. He still remembers when Tiny—whose parents had not gone to college—told him that a school counselor had advised him to apply only to the local community colleges. Although he had gotten in, he was going to wait and get a job instead. J.B. remembers that Tiny's eyes looked weak for the first time.

J.B. thought a lot about Tiny when he served as Academic Advisor to freshmen at Harvard—J.B. was attending the Divinity School with the idea of becoming an urban minister. One of his responsibilities was to review the admissions files of his freshmen. From reading the internal commentary in the files, he learned that admissions officers were hungry for low-income talent.

After Harvard, J.B. started running a teen education center in the basement of a low-income housing project in Washington, D.C. There he worked with students who, like Tiny, had some of the same skills that characterized his most successful Harvard freshmen—intelligence, resiliency, focus—but like Tiny, they graduated from high school and derailed.

As J.B. watched talent leave the teen center and just hang out on the streets, he realized, drawing from his experience of high school, Harvard Admissions, and the teen center, that the system was broken. He launched College Summit to fix it.

Featured in How to Change the World: Social Entrepreneurs and the Power of New Ideas, by David Bornstein (2007, updated edition)