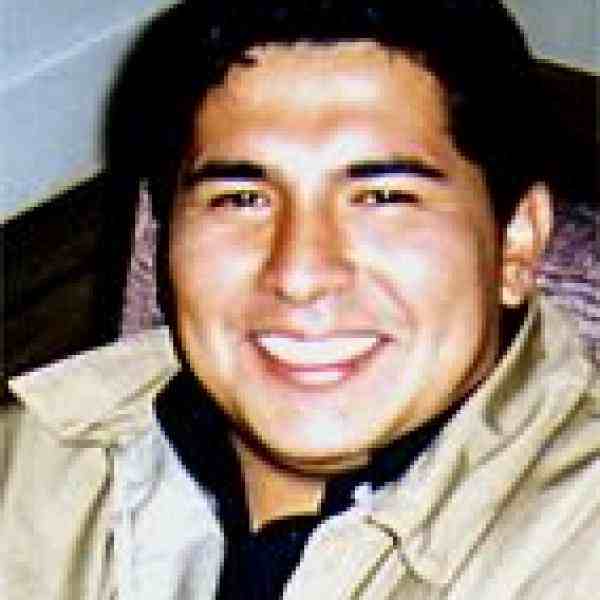 Jaime Ulloa Vara is fostering social responsibility by helping people with an interest in volunteering connect with the organizations that need their services, and by fostering corporate volunteerism.
Read more

Jaime Ulloa Vara is fostering social responsibility by helping people with an interest in volunteering connect with the organizations that need their services, and by fostering corporate volunteerism.

Jaime has developed the first and only massive effort in Peru to promote widespread citizen volunteerism. Jaime&#39;s organization, Asociación Civil Trabajo Voluntario Trabajo Voluntario (or Trabajo Voluntario) brings together nonprofit organizations looking for volunteers and individuals who wish to volunteer, matching supply with demand via the Internet. With just a few clicks, people in locations throughout Peru can find volunteer opportunities that mesh with their own social interests and with society&#39;s needs. This benefits nonprofit organizations because they can easily find volunteers to increase the human capital available for their projects without having to invest the time and resources necessary to identify and train them. In this sense, the increase in volunteerism is a direct injection of human capital into the Peruvian economy in the sectors that most need it. It also serves to build a strong sense of solidarity that is essential for the future of the country.

In Peru, there are many people who want to do something positive to help their society, and there are several organizations that need that help. However, since volunteerism is not typically promoted as a solution to social problems, these two groups do not connect. Potential volunteers have difficulty finding the appropriate settings in which to apply their skills, and service organizations do not find the type of volunteers they need.
Although a study by Apoyo Opinión y Mercado S.A. showed that 90 percent of young people 18-24 in Lima believe that they need to be more involved in volunteerism, that same study indicated that only 36 percent of young people in Lima performed some sort of volunteer work during 1999. According to the study, the primary reasons young people in Lima do not volunteer are a lack of time due to work and studies; a lack of knowledge about how to get involved; and a lack of motivation. For those people who are motivated to volunteer, the task of finding the ideal organization is so laborious that many lose interest before they start. Moreover, there is a lack of publicity about volunteerism in Peru. There is no publication or other media outlet that broadcasts the work that thousands of organizations do to improve their communities or the country.
Volunteers are needed urgently in Peru, a country marked by extreme poverty, social injustice, and a historically weak state. Traditionally, civil society has been the sector taking the most important steps toward satisfying the country&#39;s basic needs. Volunteers are key to this effort, but they are not being used effectively as a resource. They have great potential to offer nonprofit organizations; nonetheless, few nonprofits in Peru take advantage of them. Although according to a study by the Research Center of the Universidad del Pacífico and the Johns Hopkins University, there are more than 110,000 nonprofit organizations in Peru that on the whole do not make effective use of volunteers, mainly because few have the time or resources to dedicate to recruiting them. The problem is not limited to the nonprofit sector, either–in Peru, corporate volunteerism is rare. Citibank is the only company that has a formal volunteer program, which has been very successful. Other businesses have demonstrated interest in implementing similar programs, but none have made significant advances toward this goal.

Jaime demonstrated an entrepreneurial spirit from an early age. At 14, he took charge of administration and marketing for his mother&#39;s cake businesses, recruiting friends from the neighborhood and organizing a successful door-to-door campaign. Jaime earned the highest score among 3,000 students on his college entrance exam and entered the best university in Peru. Because of his proficiency in mathematics, he was offered a job as a teacher soon after starting college, and in 1994, only halfway through his studies, the school made him head of the business department. Later, while working in the city of Puno as chief of sales and distribution for Backus, one of Peru&#39;s largest food and beverage companies, Jaime saw the need and opportunity to contribute to the communities in which he worked, and so he implemented a successful social marketing campaign.
In 1999 Jaime took a leave of absence from his job and went to Philadelphia to study English at the University of Pennsylvania. With less frenetic schedule, he began to look for things to do in his spare time. A professor encouraged him to volunteer, which he did, at an afterschool program and a senior citizen group. This experience was enriching, and he began to wonder why volunteerism could not be as commonplace in Peru. When he returned to Peru, he developed a Web site for Backus (the first commercial Peruvian Web site), which was interactive, service-oriented, and a huge success. After that, he moved to the marketing department where he learned many important marketing tools and developed a magazine for the company. In October 2000, motivated by his experience in Philadelphia and equipped with the business skills he acquired at Backus, Jaime founded the Asociación Civil Trabajo Voluntario with a group of friends, focusing on promoting volunteerism and solidarity. The other founders continue to work part-time for Trabajo Voluntario, but Jaime made the difficult decision to quit his job and commit himself full-time to his idea.